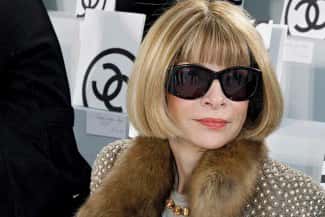 Celebrity hair stylist Neville Ramsay, from Sunderland, will be styling the models at the Northern Youth Fashion Show, which will be attended by Anna Wintour, the Editor-in-Chief of American Vogue and Artistic Director of Condé Nast.

The show, which will take place on January 29 at the University of York’s Central Hall, will showcase the work of some of the best student designers in the North.

“It’s fantastic to be involved with a show like this,” said Neville Ramsay, who is also an ambassador for hair brand, Milkshake.

“The North often gets overlooked, when really it’s home to some amazing talent. This fashion show will really help to put the North on the map and show that the future talent of the fashion industry isn’t limited to London.

“We couldn’t be happier to be part of the styling team at such a big event and we can’t wait to see some of the designers’ work.”

During the event, Anna Wintour, will deliver a talk about her career before a Q&A session, led by Katharine Viner, editor-in-chief of The Guardian News & Media.

There will also be a number of live performances from North Yorkshire, folk singer Billie Marten, and Friendly Fires and Metronomy, who will be collaborating for the first time especially for the show.

Proceeds from the event will be split between Refugee Action York, which helps to integrate refugees into the local area, and the Xavier Project, which delivers mentoring schemes, offers job opportunities and runs schools for refugees across the world.

“We’re delighted to have Neville and Milkshake on board to help us with the show,” said Ellie Wintour, one of the organisers of the Northern Youth Fashion Show.

“As well as giving northern talent a platform to showcase their work, we’re working to help some really good causes so it’s been great to see so many businesses getting involved with the event.”

The event, which is being sponsored by a number of well-known organisations including train company Grand Central, makeup brand Bobbi Brown, and Yorkshire Living Magazine, starts at 5.45pm with a champagne reception.

Tickets to the event are now sold out.