Last Friday, we saw Geordie lad Scott Timlin crowned Celebrity Big Brother winner. It’s fair to say we saw a different person compared to his Geordie Shore persona, as he was far from wild and outrageous and kept himself out of the drama – totally not what we were expecting.

With Geordie Shore co-star Gaz Beadle tricking fans into voting for Scotty, a lot of people thought the result was a fix.

However, at the start of the final, it was said that all votes had been disregarded from the cheeky chaps snapchat, meaning Scotty T won fair and square simply for being his normal self…

The lively lad looked dapper on his win, with a simple black suit and tie with a white shirt – not forgetting the Geordie tan either!

Since leaving the house, love interest Megan McKenna is out of the window, especially, with his latest adventure of joining the Dreamboys cast – form a queue ladies!

Here’s how to get Scotty T’s winning look. 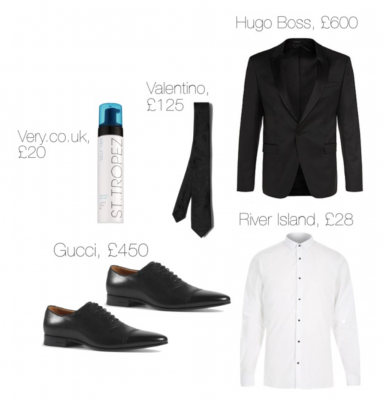 What’s your opinion on Scotty’s style? Tweet us to @Fashion_North