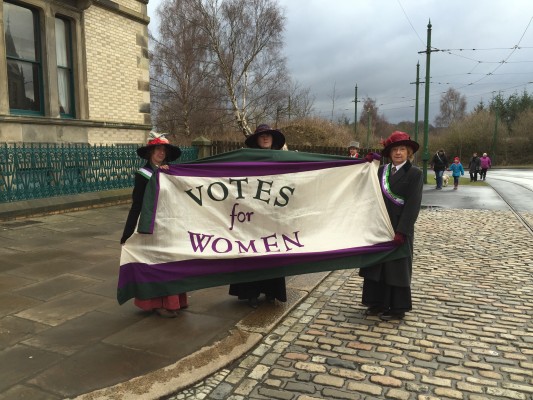 Each year we are nearer and nearer to the common goal of gender equality and women (and men alike) all over the globe are fighting for what is right.

The fight for equality started back in the late-19th and early-20th century when members of women’s organisations, later known as Suffragettes, began protesting their right to equality and their right to vote.

Today, Beamish Museum in County Durham is commemorating the day by hosting a suffragette rally in their 1900s Town Street.

You’ll have the change to immerse yourself in the Edwardian surroundings and find out all about the different roles of women in the early 1900s.

Visitors will be asked to join a movement; the Suffragettes or the Anti-Suffragette campaigners, with whom they’ll march through the town as the struggle to get the vote heats up.

You’ll be able to carry your banners and placards, supporting your chosen movement to the park bandstand, where all groups will eventually meet to stand and debating the burning question of the Suffragettes.

A chance to relive history is once-in-a-lifetime, so why not channel your inner Suffragette today and head on down to Beamish!

The Museum is open 10pm-4pm today.

From tacky to fashionable: …

Tis’ the season to …