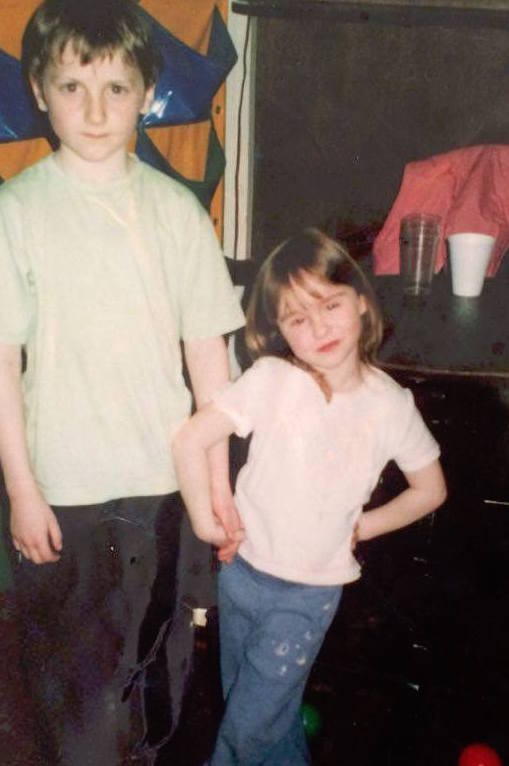 Me and my cousin Jamie. My over the top pose will hopefully distract from the overly large pair of jeans. 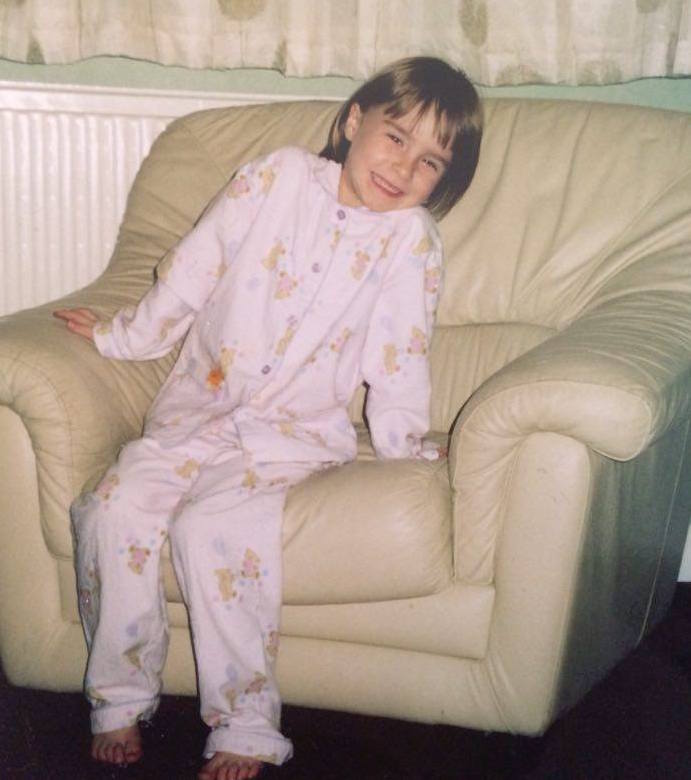 My favourite pyjamas, sized for 3/4 year olds, whilst they’re still too big for me aged 5. 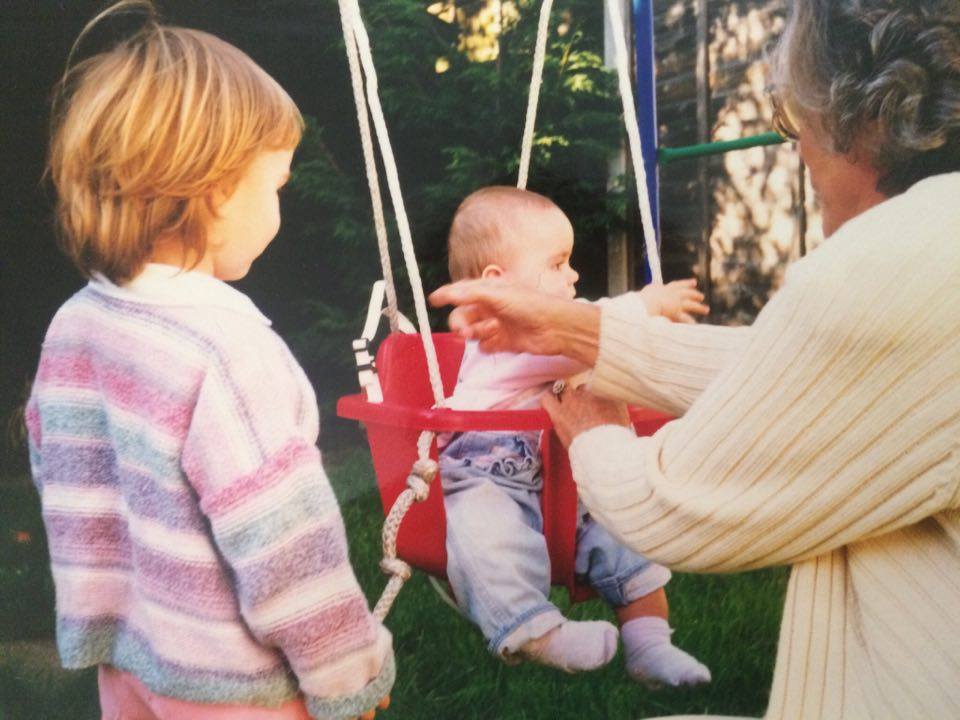 One of my more colourful jumpers, aged for 1/2 year olds, worn by three-year-old me. 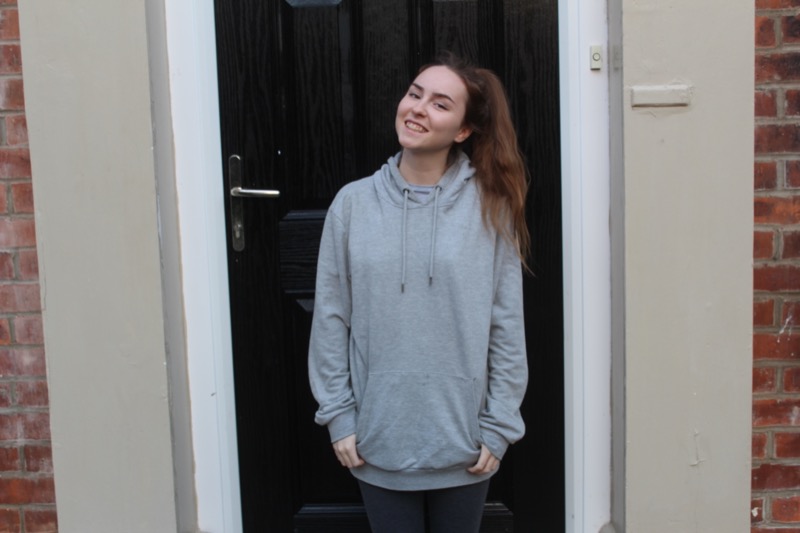 Sixteen years later, grey has replaced the pinks but, the oversized jumper still plays a big part in my life 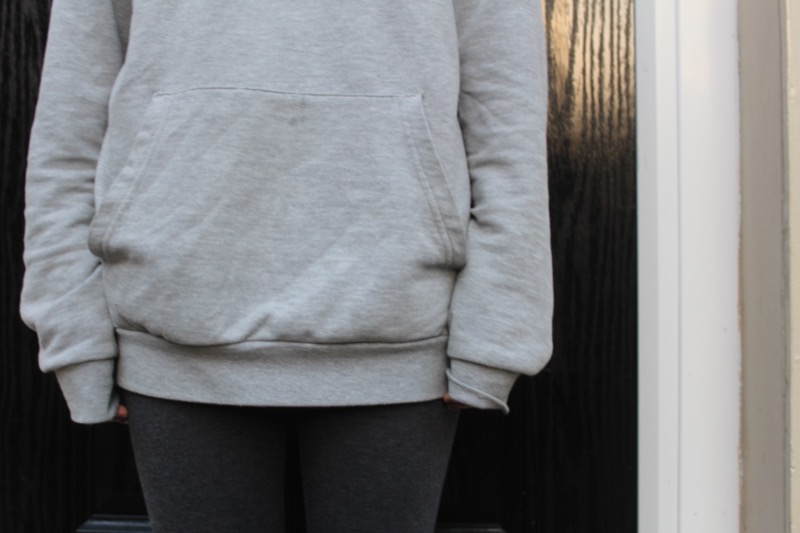 My large jumper, perfect for these upcoming winter months. 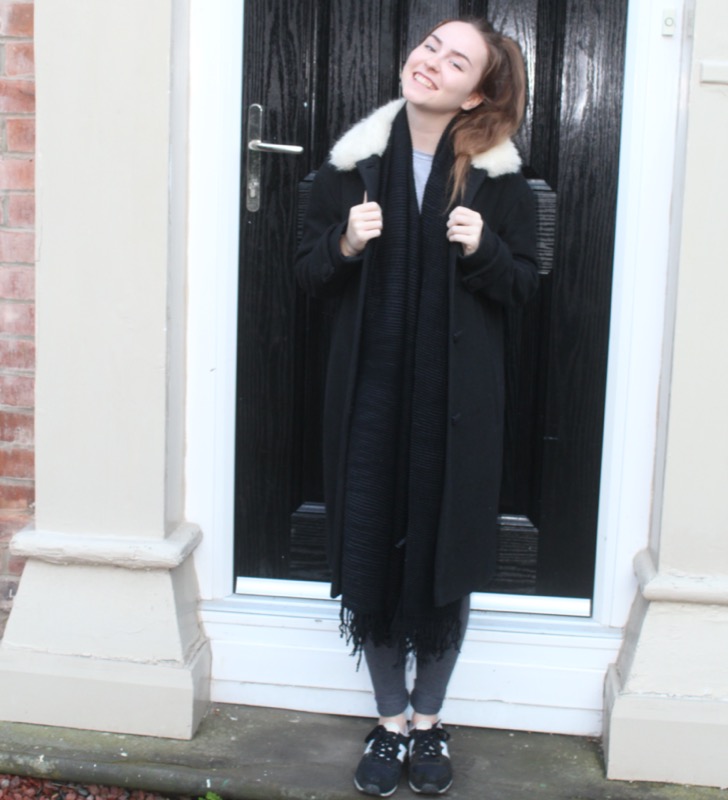 Who doesn’t love a large winter coat? In my opinion, everyone needs one 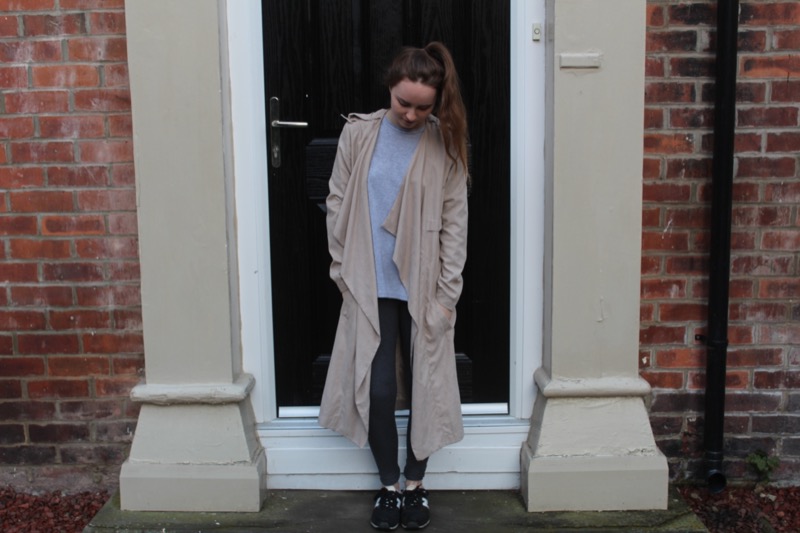 And of course, a simplistic (and very long) duster coat is perfect to have in your wardrobe for those sophisticated evenings out.

On 10th June 1997 my mother gave birth to her first child, me. What an exciting time, a new life joining the world. So, obviously, my parents were showered in gifts to try and prepare them for the most stressful next few months of their lives (apparently I was a nightmare). These gifts included clothes. But clothes I wouldn’t wear for a long time.

And no, I didn’t crawl around naked for my first few years as a child. Instead, my clothes didn’t fit me. I was born a week early weighing 6 pounds 5 ounces, which is less than two bags of flour. Therefore, I was always one of the smallest when growing up. My mum vividly remembers my first day at nursery, Paint Pots, as she found it difficult to spot me in the group of children due to how small I was. After a few months, my parents gave up and dressed me in clothes that were quite clearly oversized.

Number one, my knitted woollen jumper that I used to wear when I was three years old. Ah, an ugly patterned jumper, we all had one didn’t we? It was thick and warm, making quite the regular appearance during the autumnal months. The pastel colours of pink, purple and blue knitted in a speckled design remind me of my innocence and how pairing it with pink jeans suggests my mum’s attempt to make the overly large outfit a tad bit more girly. The flow of the handmade garment passing my fingers, despite already being rolled up, makes it clear that the jumper didn’t fit correctly. It was sized for one/two year olds and, despite being three years old, it still didn’t fit.

Number two, my dearly loved pyjamas meant for three/four year olds. But of course, I wore them at five years old and of course, they were still too big. However, the pyjamas had the cutest teddy bear print on them so you can just imagine the urge I had to finally put those bad boys on. Best night’s sleep ever.

And finally, any type of trouser or jean would never want to do its job and stop at the ankle. I have been rolling up my jeans since coming out of the bloody womb. Short girls, you feel my pain.

Nineteen years down the line, my body has finally played catch up with my age. In other words, clothes in my size now actually fit me. Nevertheless, over the past few years, the baggy, oversized garments have somehow made their way back into my life. I have gone full circle. And that’s because I like it, I like wearing coats that nearly touch the floor, I like the cosy feeling of pulling a large jumper over my head, pulling it down until it reaches the middle of my thigh. It’s comforting, and it’s my style.

Now, coming from parents who are 5’3 and 5’8, my height of 5’2 will not come as much of a shock to you. But what I don’t understand is why my two younger siblings are both taller than me, by a lot. One of which has only just turned 13. I am 19. Unbelievable, right? I have spent the majority of my teenage years correcting those who call my younger sister “the oldest one”. Nope, hi, that’s still me, it’s just they’ve grown and I (still) haven’t. But being small means I can squeeze through tight spaces on a busy train platform, my sisters can’t nick my clothes because they don’t fit anymore, and most importantly I can steal my dad’s and my boyfriend’s jumpers instead of having to buy some. So I win, ha.

So, yes, I’m still wearing jumpers with sleeves that hang beneath my hands and trousers that still float loosely past the ankle. But this time, buying these clothes has been my decision instead that of my parents.

It may be that my subconscious enjoys the sense of nostalgia I get from wearing oversized clothes, just like when I was a child, or maybe I just think it’s fashionable. Deep down though, I think growing up in big clothes has influenced my style today. I was never a girly girl as a child, nor am I one now and my parents must’ve noticed that from very early on (or they were just too lazy to purchase clothes that would actually fit instead of making me look like a tomboy).

So, a little note to my parents, thank you for going with the flow and putting me in large jumpers and way too long pyjama bottoms because, in some way or another, it helped shape my fashion sense. Who knows, maybe I should consider your help when updating my A/W wardrobe? After all, mumma knows best.