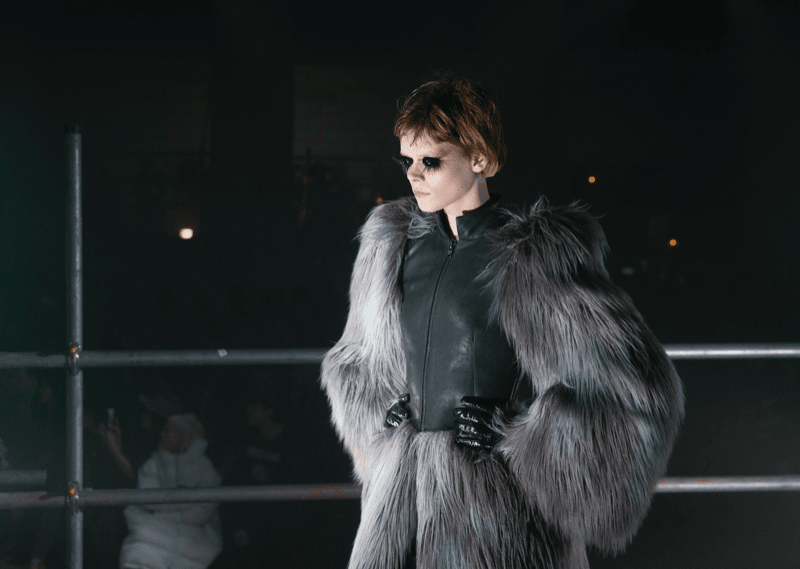 Inspired by 1974 film ‘The Night Porter’ the collection differed very much from Pugh’s AW16 collection of power dressing and fitted skirt suits. This show presented a darker side to fashion styling, with models including Erin O’Connor and Scarlett Cannon, strutting across the stone ground to a mash-up of songs chosen by Pugh, which were mixed in a style similar to what the CIA use to deprive prisoners of sleep. Pretty dark, right?

Ahead of his show at London Fashion Week, Gareth Pugh released a short teaser film on his website.

Among the music were the roars Donald Trump commanding ‘build the wall’, the cries of Kurt Cobain, and the disturbing but powerful message from the Rolling Stones’ ‘Sympathy for the Devil’.

However, it is safe to say that Sunderland-born Pugh has grasped current political issues and sewn every single detail into his collection. As the designer once said, “I think in black”, which is the prominent colour for Pugh’s AW17 designs.

Described by Pugh as “an austere vision of a world on the precipice of anarchy”, the collection saw leather-crafted trench coats, belted at the waist and paired with matching leather trousers. Androgynous military suits held a constructed shape, presented in black with an officers hat as a statement accessory with a simple black feather for detail. 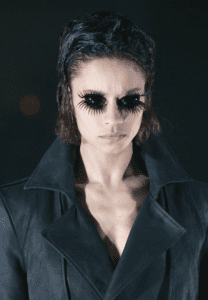 Pugh’s chosen models were edgy and fierce, sporting low-key slicked back hair-dos and natural complexions with dramatic focus to the eyes and lips. Whether it was the colossal eyelashes on the waterline, exaggerated black eye make-up or electric blue lips, this show is certainly one to go down in Pugh’s history.

Statement parachute-like jackets accompanied with co-ordinating trousers followed models down the de-constructed basement runway. Suiting and military style was followed by an influx of androgyny. Shabby faux fur shawls were draped over pirate black evening gowns, and high waisted trousers were decorated with braces and an oversized textured charcoal coat. 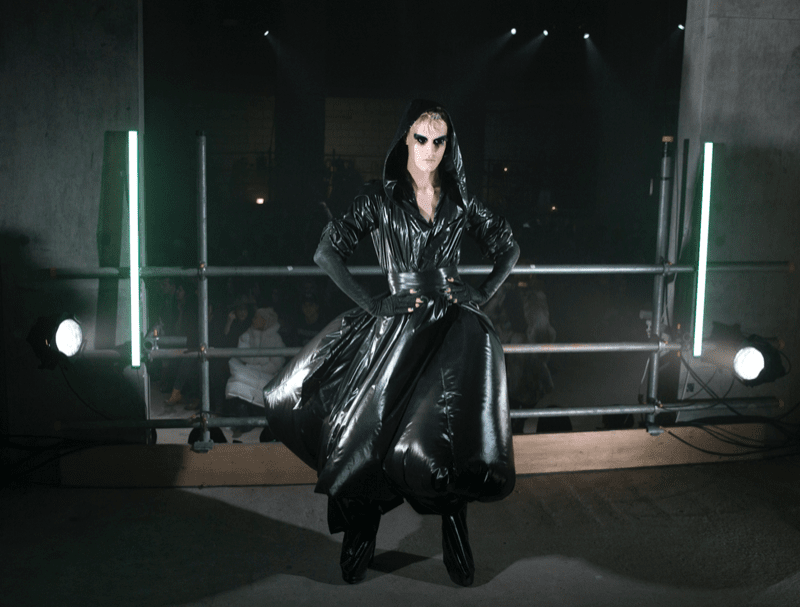 A striking look was indeed the transparent trend which Pugh incorporated into the collection. Large black sequins glimmered over the sleek black transparent material to give a touch of glamour. 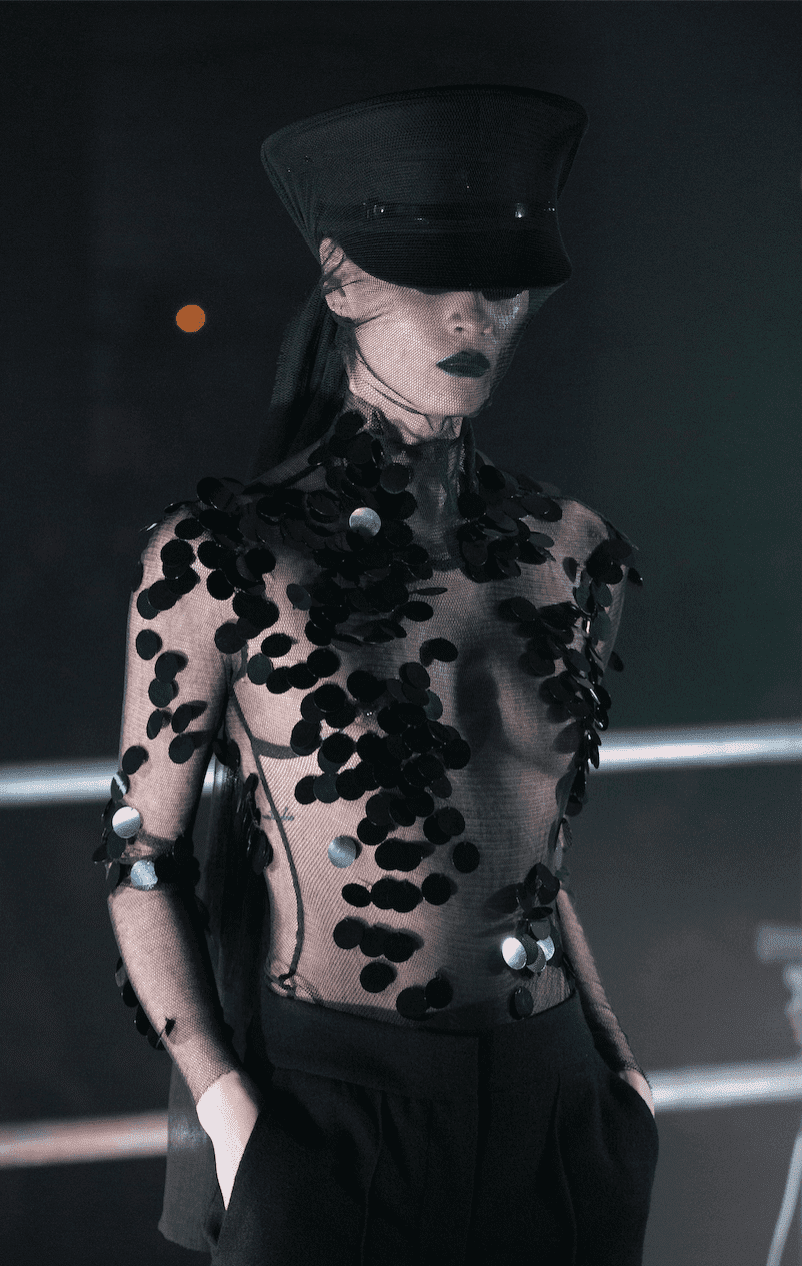 A hauntingly beautiful showcase which not only debuted Pugh’s designs, but demonstrated just how much fashion can be influenced by what is going on in the world. We’re yearning for winter already.