A magical spectacular hit the runway when Mary Katrantzou showcased an AW17 collection inspired by the Disney film Fantasia. Known in the fashion community for her intricate prints and beautifully detailed garments, she offered exactly that. 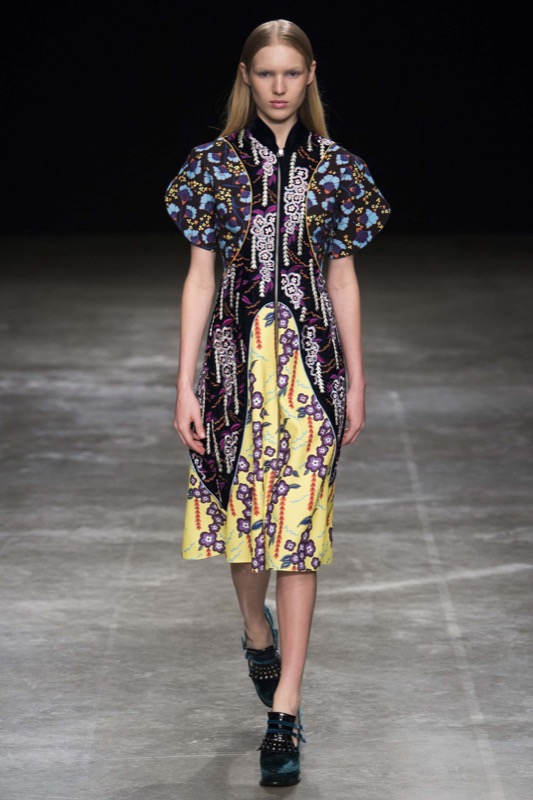 As the lights faded, the models appeared on the runway to the sounds of violins and trumpets. There were floral and highly embellished prints on the garments which Katrantzou described as “contemporary Cinderella fairytales.” Make-up, by MAC and hair, by Toni and Guy was kept minimal to avoid distracting from the beaded embroidery and shiny materials accompanied by jewelled necklaces creating eye-catching pieces that are perfect to wear to a ball. 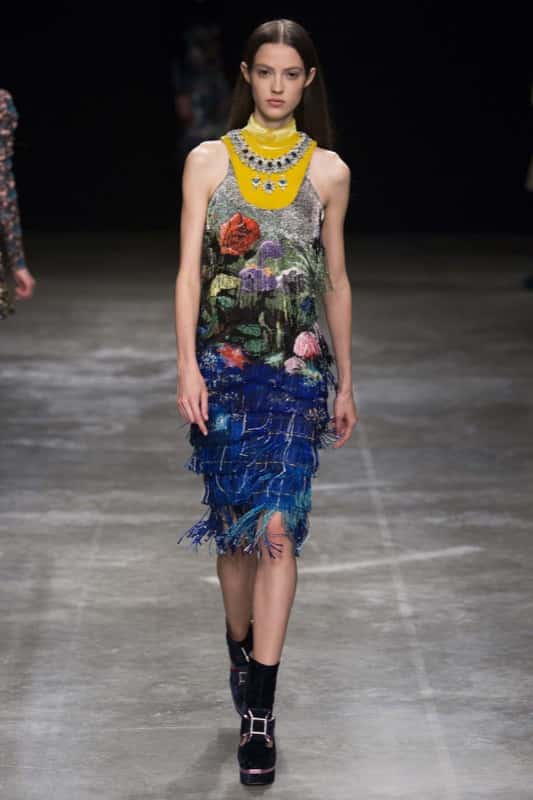 Katrantzou’s previous collections have shown an inventive way to alter the shape of a female’s body using a variety of cuts and prints. She achieved this by using padded shoulders and ruffles around the waist in her designs. Some of the jackets had clinched in waists and others had oversized, fur sleeves exaggerating different areas of the body, alluding to classic 40s’ fashion. 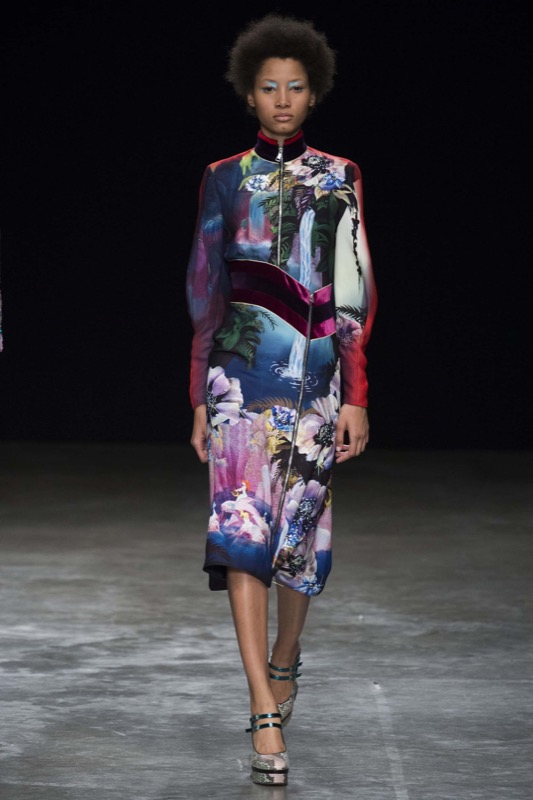 The prominent colours in her work were dull tones of the primary colours red, yellow and blue and her garments had similarities to her Spring/Summer 2012 floral collection. Key pieces included a trench coat with a revere collar and a buttoned down front reminiscent of the block-colour, floral prints in her 2012 show. However, as the main colour of the coat was a navy blue, it was less striking and had a wintery vibe. 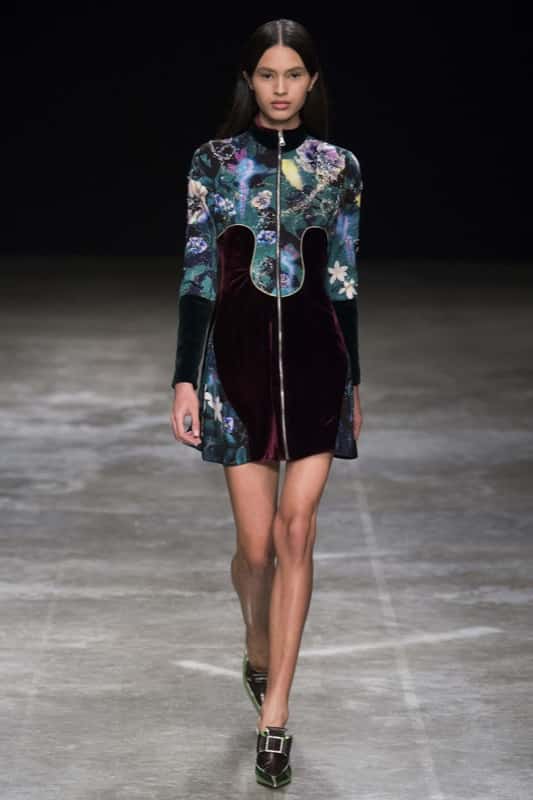 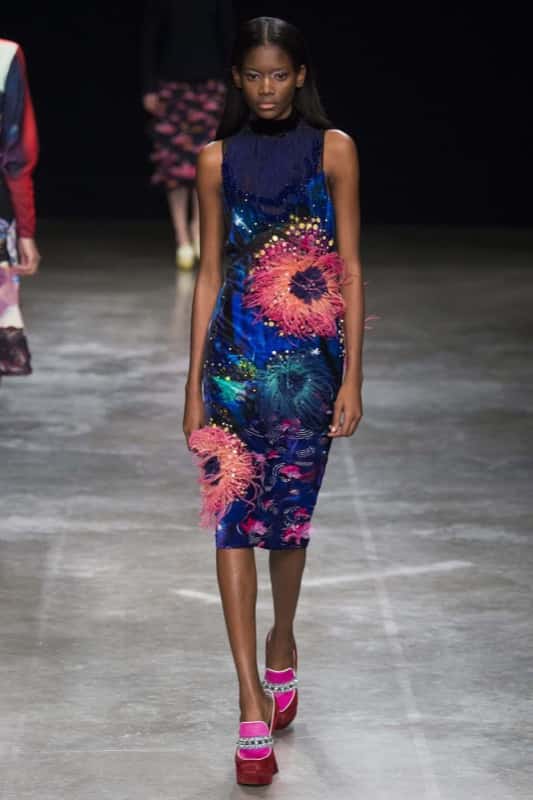 The designer, herself, made a short appearance at the end of the show to take a bow, but left her stunning pieces to be the focus of attention. Although some outfits were similar to Katrantzou’s previous collections, the show was a success showing a fantasy influence in her work, which hasn’t been seen before.

Only Katrantzou could portray such a classic film in a unique and graceful way.