A new survey by the British Chiropractic Association (BCA) has revealed the top five clothing items can lead to back pain, with skinny jeans coming out on top. 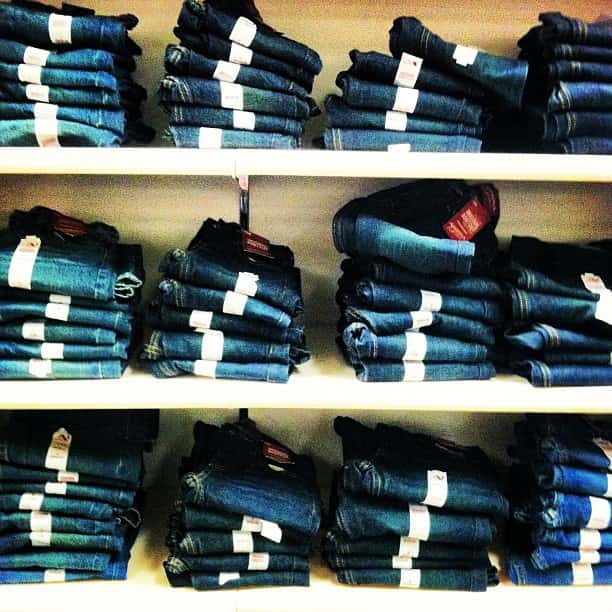 More than three quarters of women have suffered with pain in their back.

Oversized and cross body bags come next in the list of clothing culprits, closely followed by coats with large fluffy hoods.

Stepping into the list are high heeled shoes and mules, following in fourth and fifth respectively.

BCA chiropractor, Tim Hutchful, said: “I am always surprised at how many of my patients are unaware that their clothing and accessories can affect their back health and their posture and, equally, how many decide their outfit-choice outweighs their pain.

“Some of the most popular items of clothing can have a hidden health impact. While overloaded and heavy handbags are a common culprit, some more unexpected items like skinny jeans can also wreak havoc – they restrict free movement in areas such as the hips and knees, affecting the way we hold our bodies.

And the new trends aren’t getting away with it either.

It seems women are aware of how clothing effects their back or neck pain and posture (28 per cent, according to the survey), but are not influenced by this in the clothes they choose.

One third of women, who were surveyed, were completely unaware that their choice of clothing could have an impact on their back or neck health.

Twenty per cent of women responding in the research said they choose to wear shoes, such as mules, which are without support at the back of the foot which will increase strain on the legs and lower back.

Similarly, 10 per cent of women are sporting heavy jewellery, such as statement necklaces, which increase pressure on the neck and can wreak havoc with posture.

Mr Hutchful of the BCA, adds: “Whilst we are certainly not saying stop wearing your favourite clothes altogether like most things in life, moderation is best and there are easy ways you can reduce the impact on your posture and overall health.”