Today (May 5) Anna Wintour, editor-in-chief of American Vogue, has been made a Dame by the Queen at Buckingham Palace for her services to fashion and journalism. 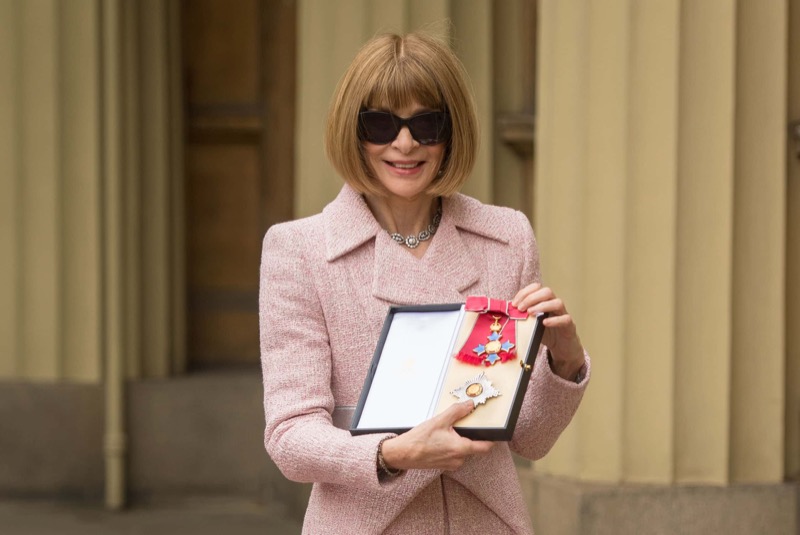 With her sharp, perfect bob and trademark sunglasses, British-born Wintour, 67, has earned a reputation as the most influential woman and a legend in the fashion industry.

Wintour was named on the Queen’s Honour List as Dame Commander of the Order of the British Empire in January.

She has been the Editor-in-Chief of American Vogue for almost 30 years, and is also Artistic Director of Conde Nast.

Bee Shaffer, Anna Wintour’s daughter, took to Instagram to post a picture of her mum adorning her brooches and wearing her iconic sunglasses indoors. Legend.

After throwing the Met Gala on Monday and being made a Dame on Friday, it’s safe to say that Anna Wintour has had a very busy week!