Pets at Home are selling poppy related accessories for dogs. They are modelled by retired military dogs and 100% of the profits go to The Royal British Legion.

The accessories include a white and red poppy bandana for £3, a bow tie with the same pattern for £2 and a poppy charm for £1. Both the bow tie and the singular poppy can be attached to your pet’s collar or harness.

With the centenary of the end of WW1 approaching, while showing respect and remembrance yourself, why not allow your pet to do the same?

Billie, an 8-year-old Labrador and Buster a 7-year-old German Shepherd retired recently from the military and became doggy models for Pets at Home’s new charitable range.

Their owner, Claire Martin served in the Veterinary Corp until 2010 and then became a Senior Instructional Officer. She said: “I’m so proud of both Billie and Buster, they definitely weren’t camera shy and they looked honoured to be wearing their Remembrance poppy accessories.”

It’s not only the models who’ve been wearing the poppy items. Dogs around the North East have joined in remembrance too.

Rescue dog Bella at the Tommy WW1 Sculpture in Seaham 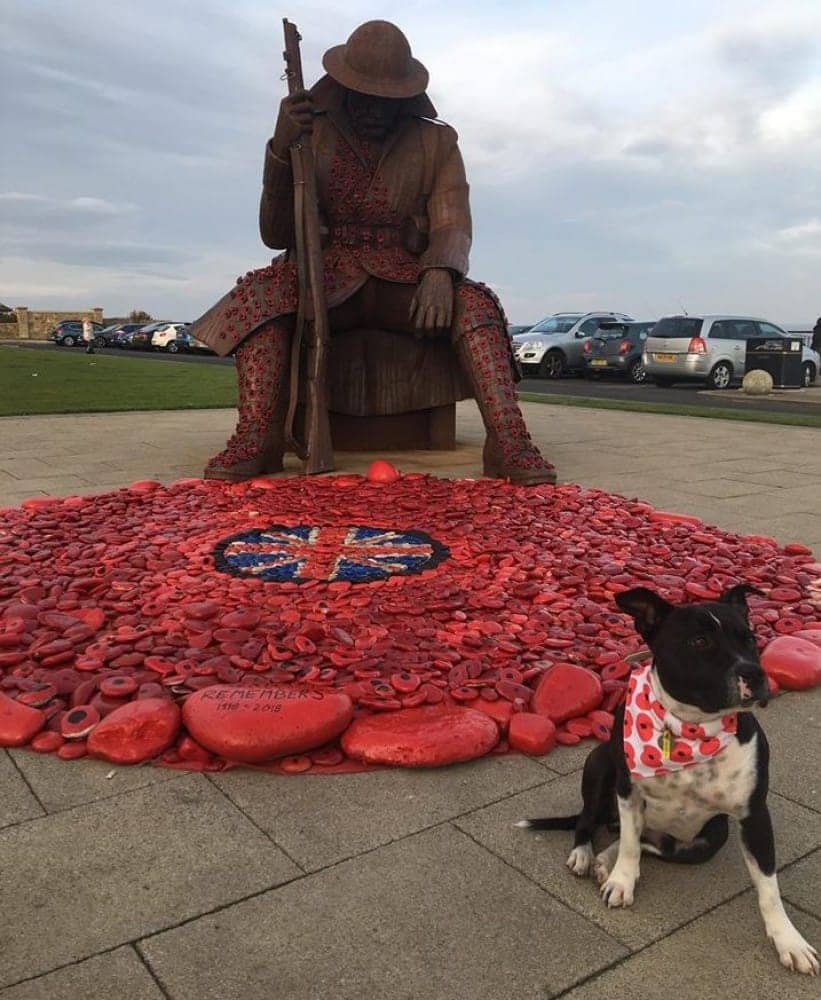 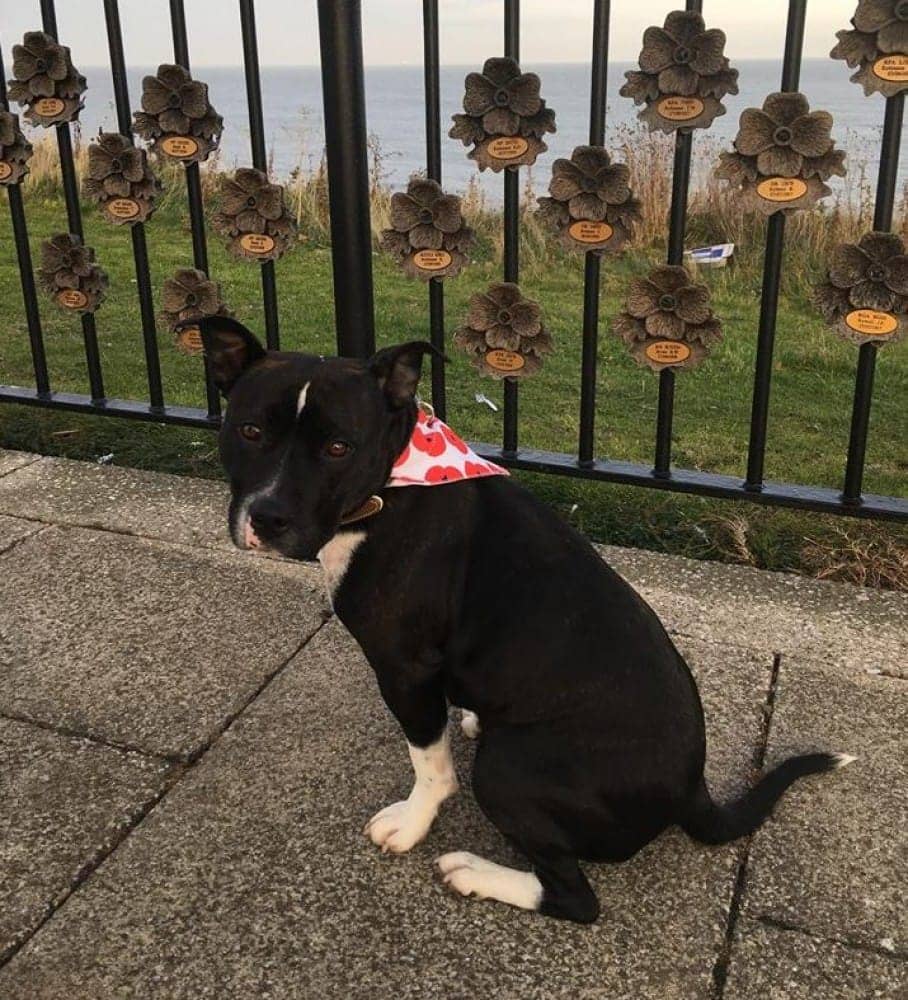 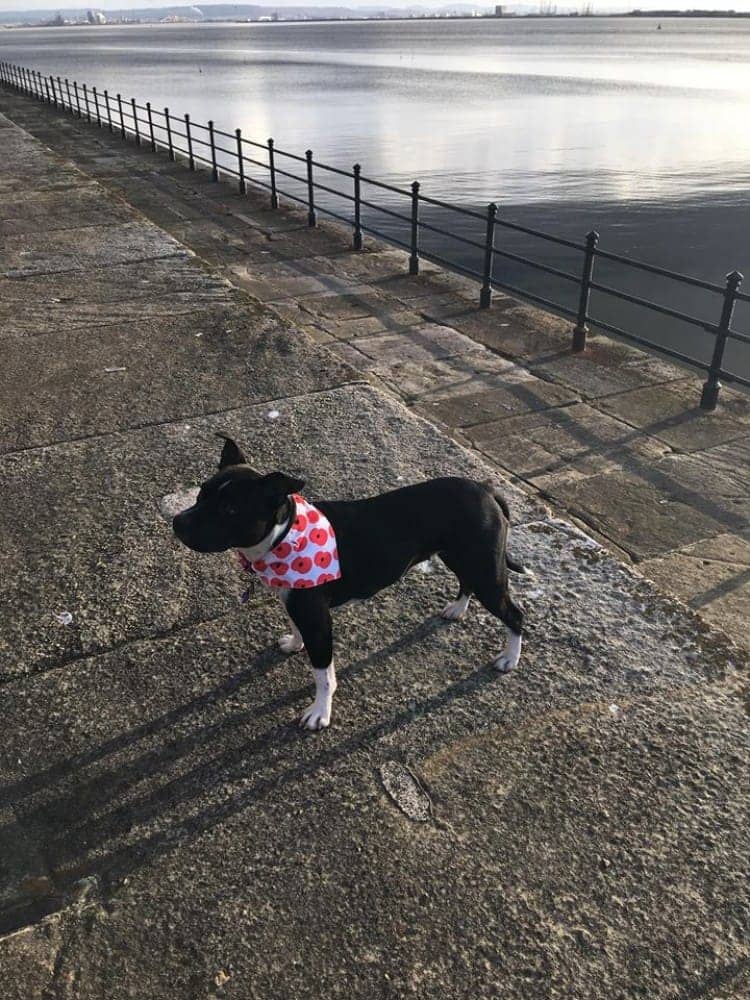 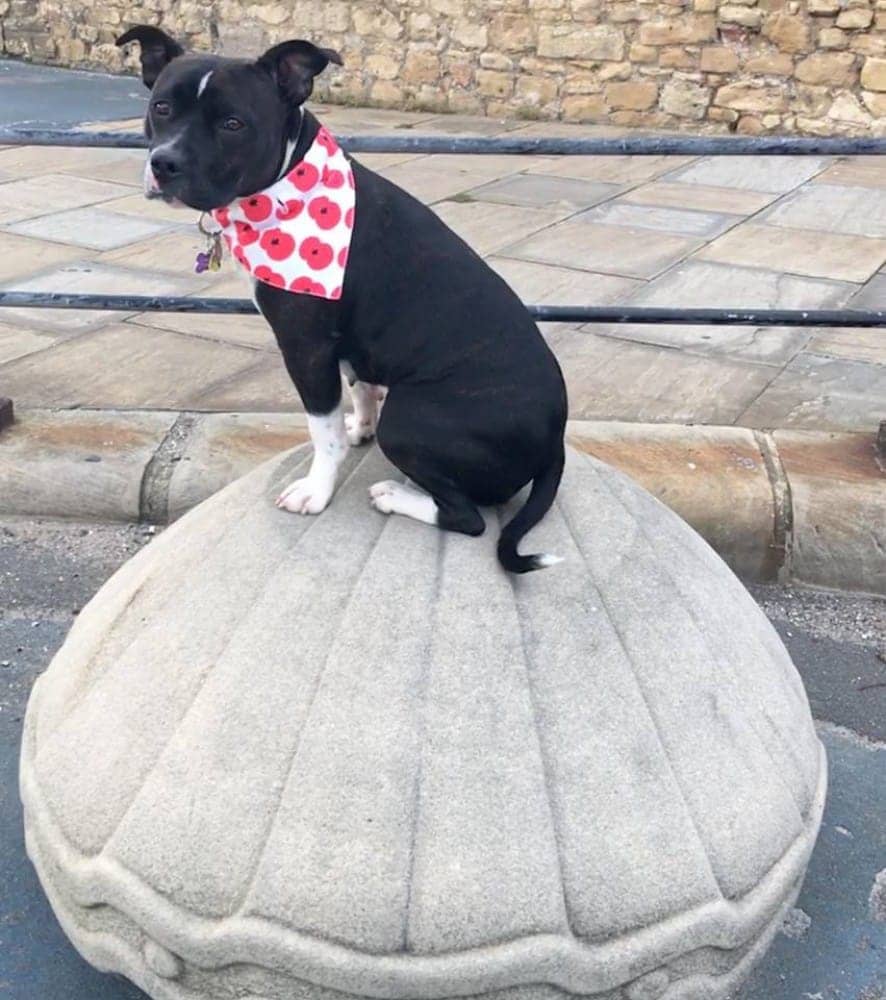 Bruno the Cockapoo with his Poppy bandana

Bruno the Cockapoo has been wearing a poppy bandana with pride since late October.

His owner, Danielle Jordan from Northumberland said: “The collection is a great way of raising money for a worthy cause as well as making our pooches look fab.”

The products have been sold across the country and have proved to be very popular.

Peter Pritchard, CEO at Pets at Home said: “We’ve now ordered more stock of the accessories to cope with demand and urge customers to get their hands on them before they sell out again.”

Have your pets been wearing Pets and Home’s range? Tweet us your pictures @Fashion_North.