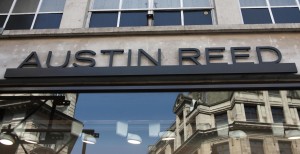 The £6 sleep substitute you …

And the Brit award …

Burberry take on the …