Riccardo Tisci has stolen the show at London Fashion Week with his ‘Tempest’ collection for Burberry.

This is his second set of designs to hit the runway since joining the British brand in March 2018. Through traditional designs and colours, to contemporary pieces, the Chief Creative Officer has left no stone unturned.

The show opening was unusual, models were beginning to walk the runway while a news announcement was spilling through the sound system. Bold coloured designs were the first to hit the catwalk showing off Riccardo Tisci’s new street style pieces. Models presenting the clothes appeared with minimalist makeup and exquisite hair designs across their forehead. 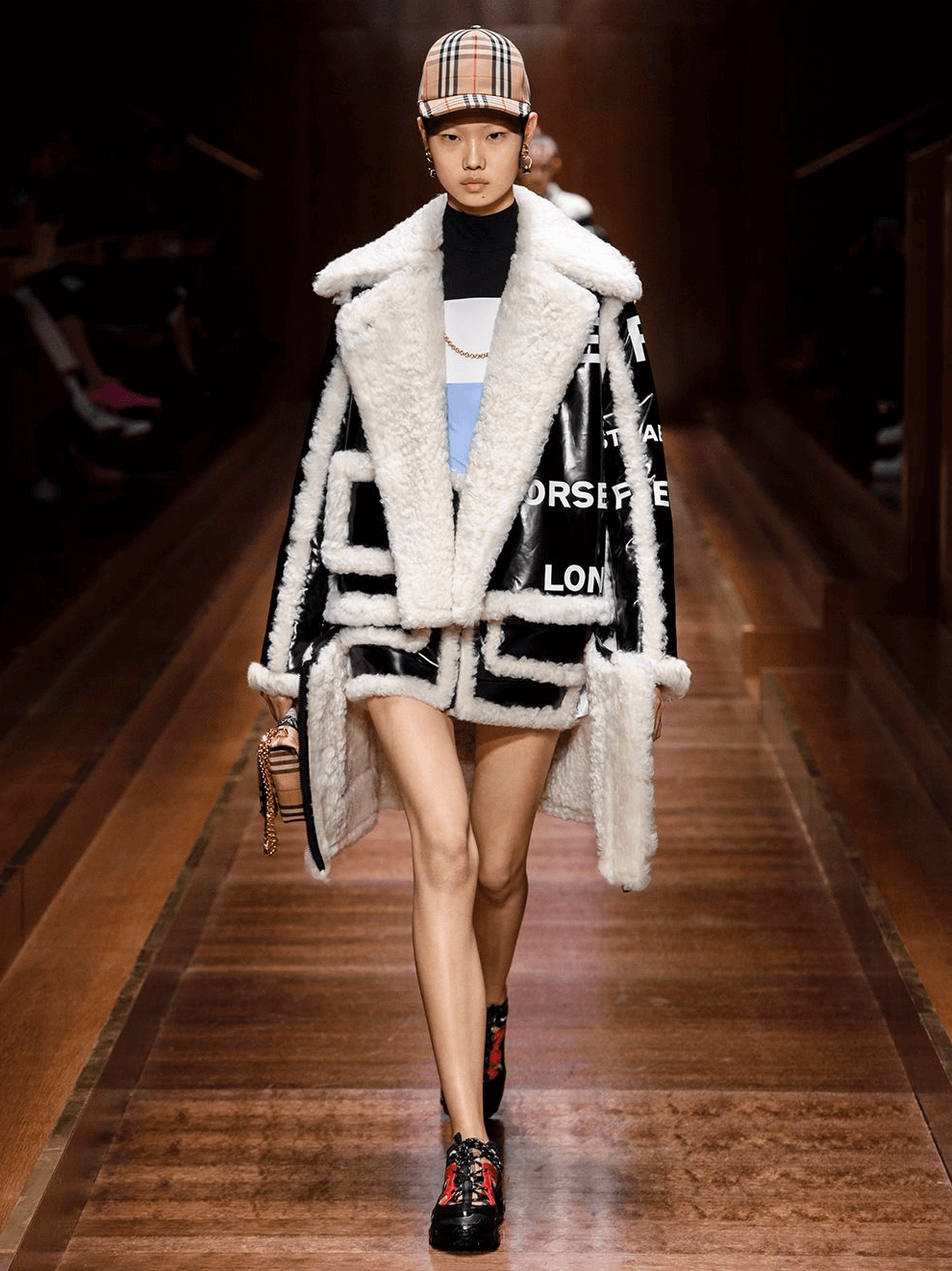 Jackets played an integral role amongst Tisci’s streetwear designs. Throughout the collection there was a mixture of different styles, an Aviator style was the first to grab our attention with its monochrome colouring, faux fur and printed writing it displayed the cutting-edge element that Riccardo Tisci wishes the young people of Britain to have today.

Supermodel Gigi Hadid made her debut appearance for Burberry, walking the runway in a street style polo neck dress, with a black corset over the top with balloon sleeves – supporting the sports-inspired street style. 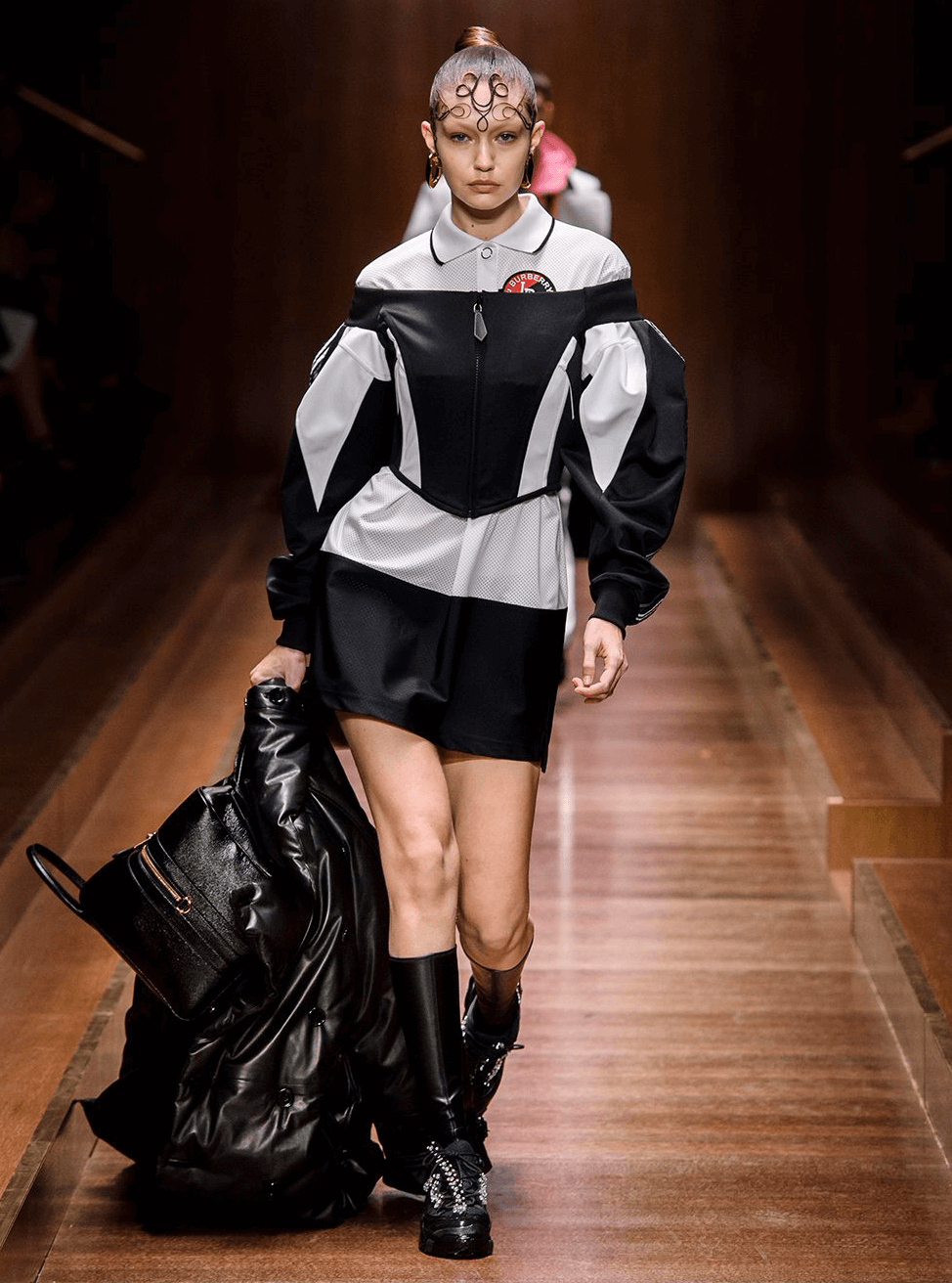 Although developing a brand-new image for Burberry, Riccardo Tisci did not forget Burberry’s heritage; with the second half of the collection bringing in everlasting pieces. Again, the timeless trench coat was displayed with gold chain detailing, along with pleated skirts (with gold embellishments), silk shirts and blazers. Neutral tones and greens were used throughout to create this half of the bespoke collection. 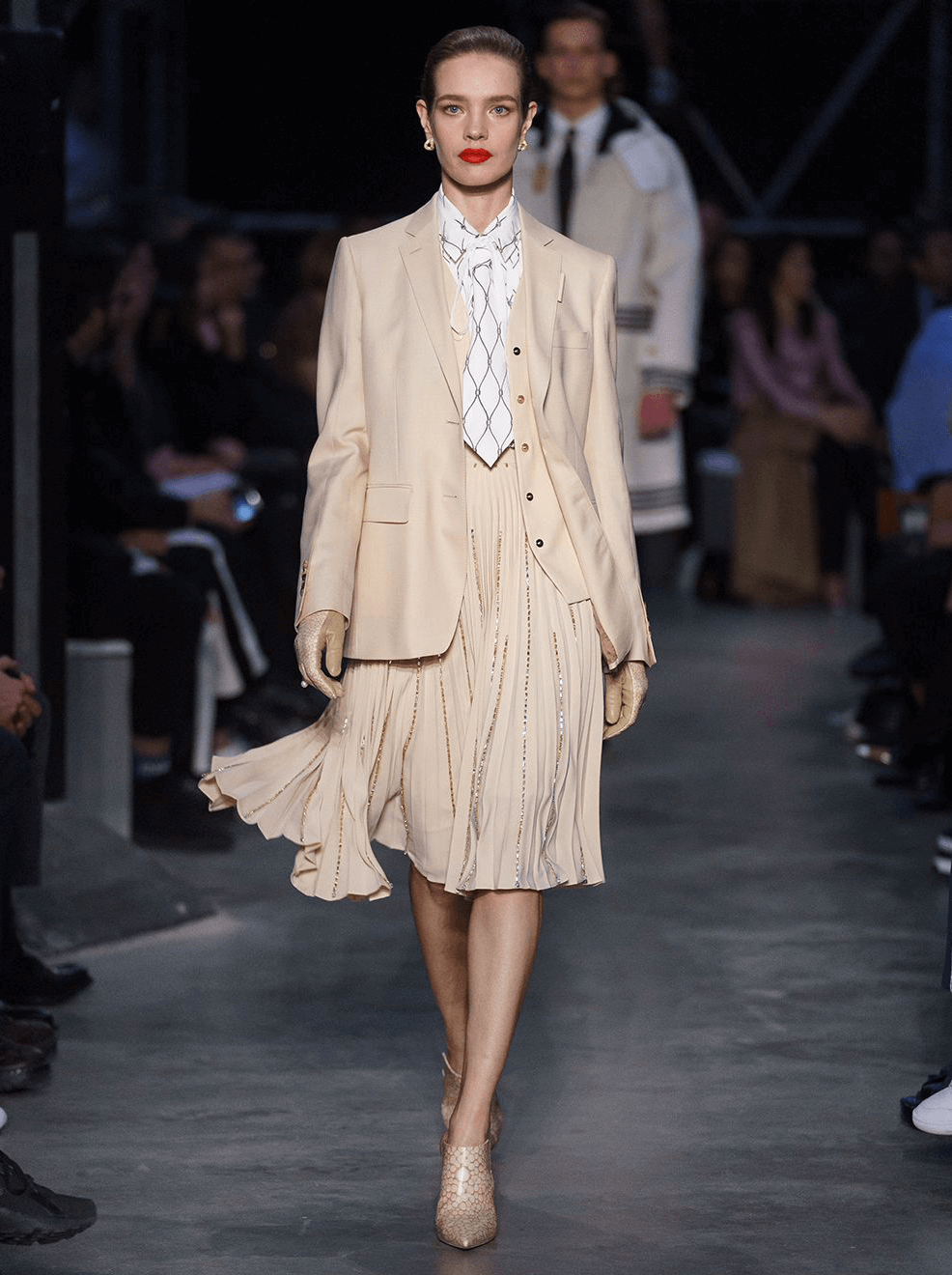 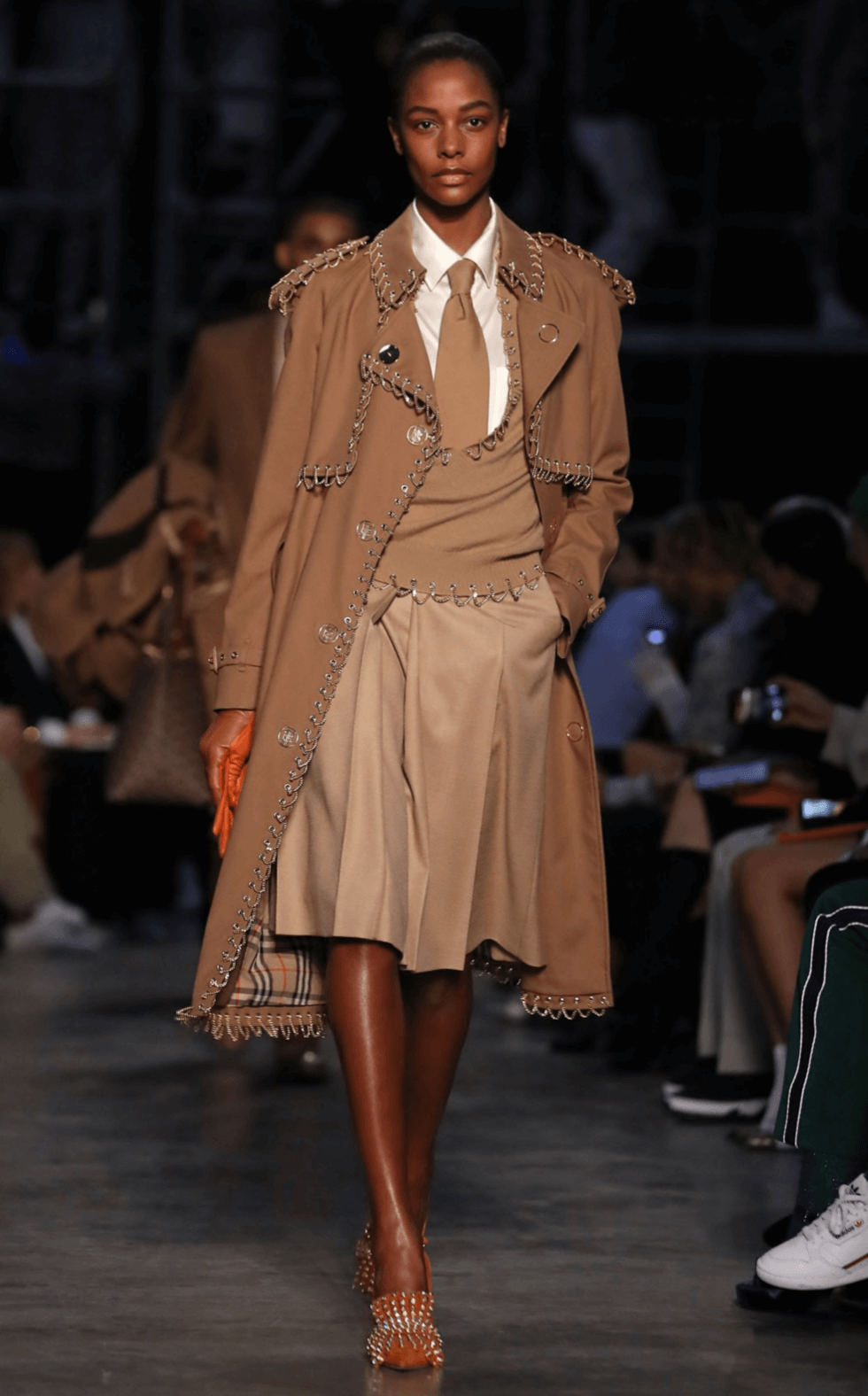 Not only was the collection itself detailed, but it was also obvious that time and effort had been put into the production of the show. Set out in the Tate Modern building but covering two different spaces Tisci set the perfect scene to represent his new collection; the models started off in brightness but were then enveloped by darkness with dancers climbing the walls, demonstrating the difference we have in society today.

The perfect shape for …