Whether you’re more likely to be found; Instagramming, Tweeting or using an emoji reaction to a FB status, chances are you’ll be visiting at least one of these apps at some point today and not just for one quick scroll.

According to the Digital 2019 Report, we in the UK, spend an average of 1h 50m on mobile social media apps per day – more than the length of your average feature film. There has been an increase in social media usage since 2018 and now over 39m of us (67per cent of the population) use our mobiles to check for status and story updates on as many as 28 different occasions throughout the day. 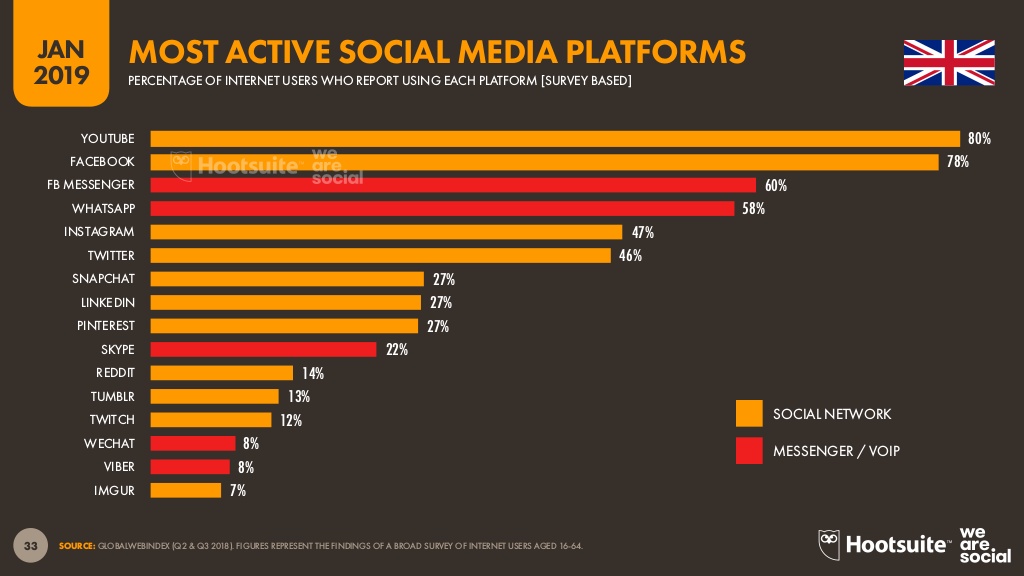 “I get anxious because social media feels like a waste of time but it’s so addictive, I find myself looking at it without even thinking about it. I’ll scroll through Facebook or Instagram for hours and then I end up stressed because I’ve wasted my time, but I don’t feel I can stop. I also see so many people doing amazing things and that makes me anxious because I’m spending so much time looking at my phone and I feel I’m wasting my life.” Says Lauren Vasey, 22, a Dancer, from Washington.

A report by the APPG suggests that Lauren is not alone and that 38 per cent of young girls under the age of 24 feel that social media has a negative impact on how they feel about themselves. The worrying findings have even led to MP’s to call for social media addiction to be recognised as a real disease.

Lauren explains: “Social media makes me think that I’m not good enough, I compare myself to others in lots of ways. I’ll never achieve what I want to achieve; no one will ever like me or love me, and it makes me hate everything about myself.”

Lucinda Pollard, Therapy Business Manager at The Priory Hospital, Woodbourne has seen an increase in patients whose self-worth and self-esteem have deteriorated through comparison to others.

She said: “Social media has become such a norm now, that people often don’t realise that the reason they are seeking therapy is because of their usage of apps, They may come to see us because they have begun to experience symptoms of anxiety, depression, body image issues, for example, and it is only when we begin to look into an individual’s behaviours and thought patterns, they are able to see the connection between the two”

Instagram is the third most popular platform in the world, with over 500m accounts active every single day and 64 per cent of these active users are aged 18-34. The behemoth of the apps amongst millennials, Insta has said that 88 per cent of people who use their app are following businesses and brands looking for inspiration, so why then are so many of us putting down our phones feeling so uninspired?

“There is a natural tendency to compare ourselves to others and often to people doing better than us. Raising the bar by exposure to so many filtered, edited and even fake pictures means that people compare themselves to an unrealistic standard,” he said. 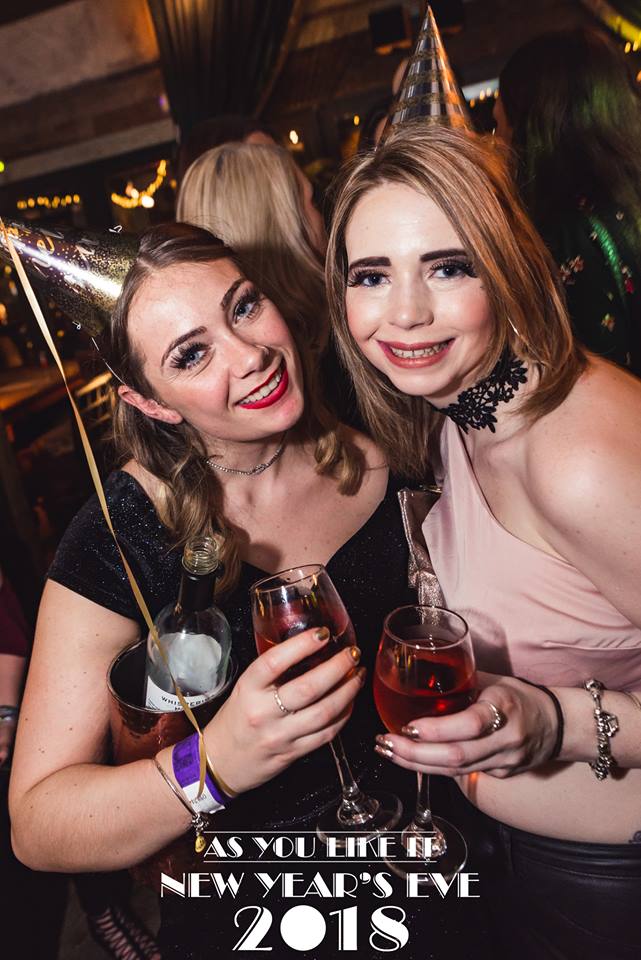 It’s not just the comparison to celebs and models that can get to us, these negative feelings can come from within our own circle also.

Morag McTiernan, 25, a Network Marketer from Middlesbrough, felt like she just wasn’t good enough compared to everybody else: “I used to look at pictures people on my friend’s list would upload and feel jealous of other people’s happiness.”

“I knew this was anything but a healthy mindset but couldn’t help it. I would, and sometimes still do feel unattractive, because I don’t think I look anything like as beautiful as a lot of girls and friends on social media. Like an open wound harbours bacterium and allows it to fester, social media harbours self-doubt,” she said.

Morag now uses two strategies to cope with her mental health and social media; the first is to question if what she is seeing is real and remind herself it’s probably just a tiny snapshot of all the good things in someone’s life: “Social media provides people with a tiny snapshot of our lives. If we were feeling ill and having a ‘can’t be bothered to shower, chill in my pjs and binge watch Netflix day’ would we post a selfie of us not looking our best?…No. If we had just had an argument with a partner, would we post the full dialogue of what was said and tell everyone how angry we were at them? No.”

The second is to remind herself that she wouldn’t want to “take 100 selfies a day” and just to be happy with who she is.

A sentiment echoed by Lucinda Pollard: “Form connections with people who inspire you or motivate you, so that your newsfeed becomes uplifting and motivating as opposed to berating or belittling. If you find yourself saying that you wished you were more like a person you see on social media or had what that person has, take a moment to stop that thought in its track and reframe it. There is no harm in having goals or aspirations, but they mustn’t diminish all the hard work you have put in to get to where you are now.”

Poor body image is not the only worrying consequence of too much social media; There are now indirect problems 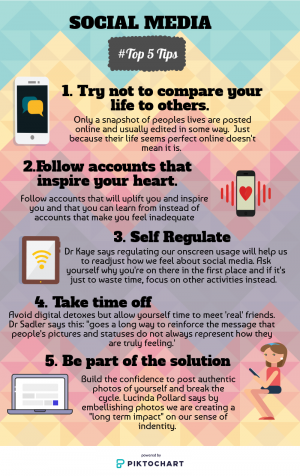 too such as OCD (checking phone repeatedly even when there’s nothing new to see) and sleep and behavioural problems (waking up in the middle of the night, lifting our phones to check the time and then spending hours scrolling instead of sleeping.)

“What we have to remember is that society evolves so much faster than the brain – while society is running at iPhone level, our brains are still like old computers and don’t know how to process the new information.  Though we’re naturally social creatures, our brain isn’t designed to understand Skype, Messenger, Instagram etc. because our brain is used to seeing social activity in real life,” said Dr. Sadler.

Dr. Linda Kaye, a Senior Lecturer in Psychology at Edge Hill University says that is it is important that people can self-regulate their behaviour, particularly if they feel they are using it too much.

“In the case of social media, one way to do this may be to determine what specific activities they do on social media are functional or goal-directed, and which are not. If people can start to regulate their behaviour so they are using social media for specific purposes (chatting with friends, finding out information, organising events) rather than to waste time (randomly scrolling) then they can start to pinpoint where they may be best to reduce the time they spend on the less healthy activities.”

Do you think you use your phone too much? Tweet us @Fashion_North.