#GBBO’s Noel Fielding is known for his outlandish ways and more-than out there clothing choices. Five episodes in and once again we’ve been treated to the spectacle that is Noel’s wardrobe.

High fashion Noel, 46, has donned looks this series from Dries van Noten Spring/Summer 2019 but this isn’t the first time that the eccentric comedian and presenter has worn some big name brands.

and we have been closely followed his style choices ever since.

Now five weeks into the new series, we’re just as obsessed with his funky shirts and jumpers from brands such as Diesel, Paul Smith and a vintage Kenzo piece.

Noel’s fashion has been the subject of much Twitter conversations with fashion enthusiasts applauding his interesting wardrobe such as Emma Hope Allwood, Head of Fashion at Dazed Digital, tweeting out about his Dries Van Noten shirt. Others have been less than favourable with some tweeters claiming Noels wild wardrobe is leaving them with migraines

The shirt Noel Fielding is wearing tonight on ‘bake off’ is hurting my eyes, serious health hazard 😂#GBBO

Can’t watch Bake Off due to the nightmare that is Noel Fielding’s headache-inducing shirt. I willl not hear a bad word said about the man, it is what it is.

What bores. We’re loving it at Fashion North!

Noel isn’t one to stick to men-specific designs and often dives between women’s and men’s shirts and blouses. His £65 dog print shirt from Tuesday 24th September’s episode is actually from the women’s section of Lazy Oaf on ASOS. The shirt is now sold out.

Fielding said when he was younger, regarding his style, “I remember thinking, if you ever become famous, you have to maintain your image. I’m not particularly a slippers and dressing gown type.” 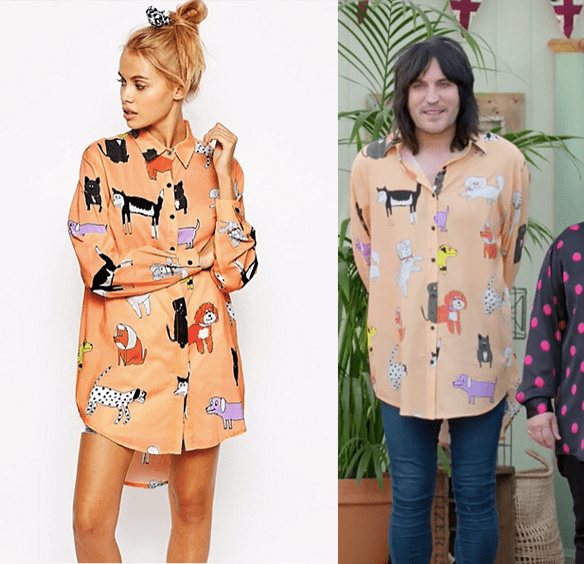 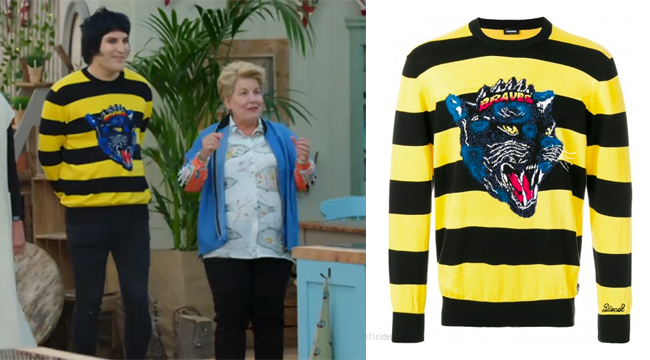 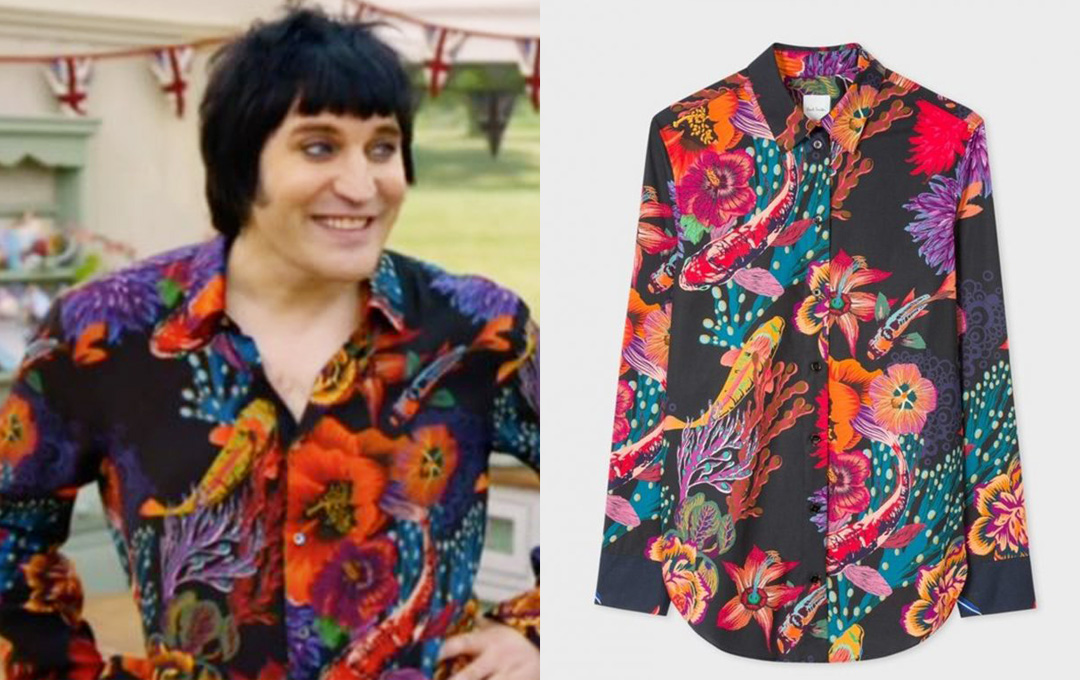 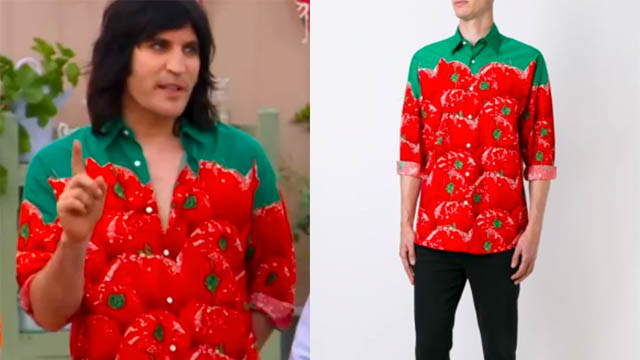 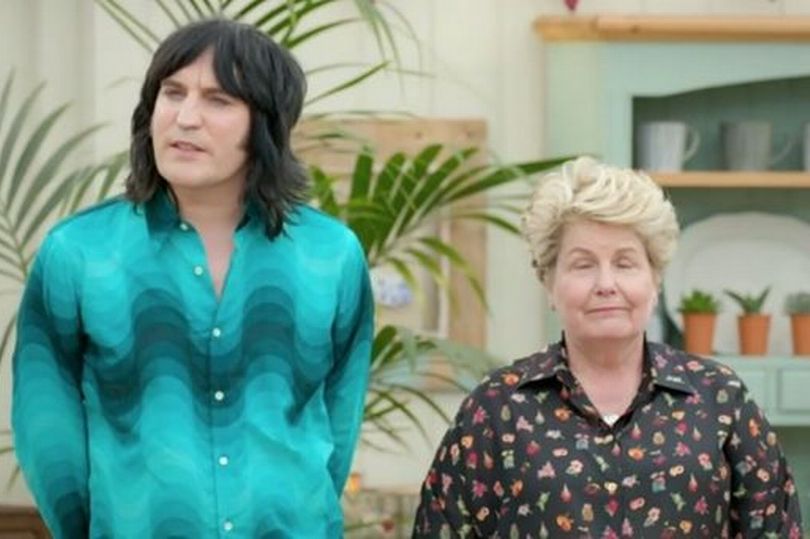 Great British Bake Off continues Tuesdays at 8pm on Channel 4.