We wouldn’t expect you to know anything about Broadway theatre producer Jordan Roth. 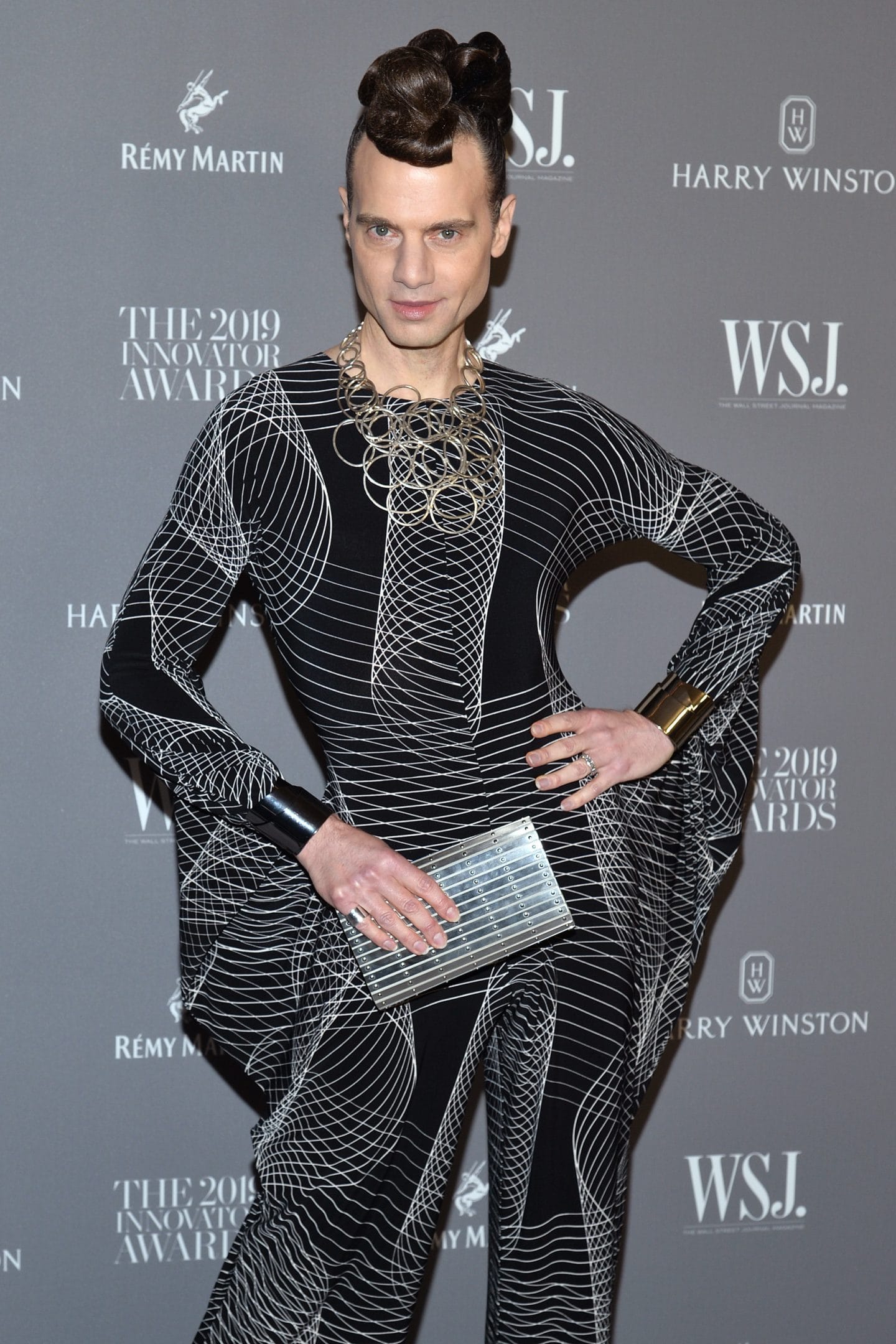 And once we went down the wormhole of looking into Jordan’s style choices recently, we instantly followed his Insta account and a Google alert.

The bonkers yet brilliant Jordan, 43, is BFs with Anna Wintour, a wardrobe to die for and was the producer of our favourite musical Kinky Boots. 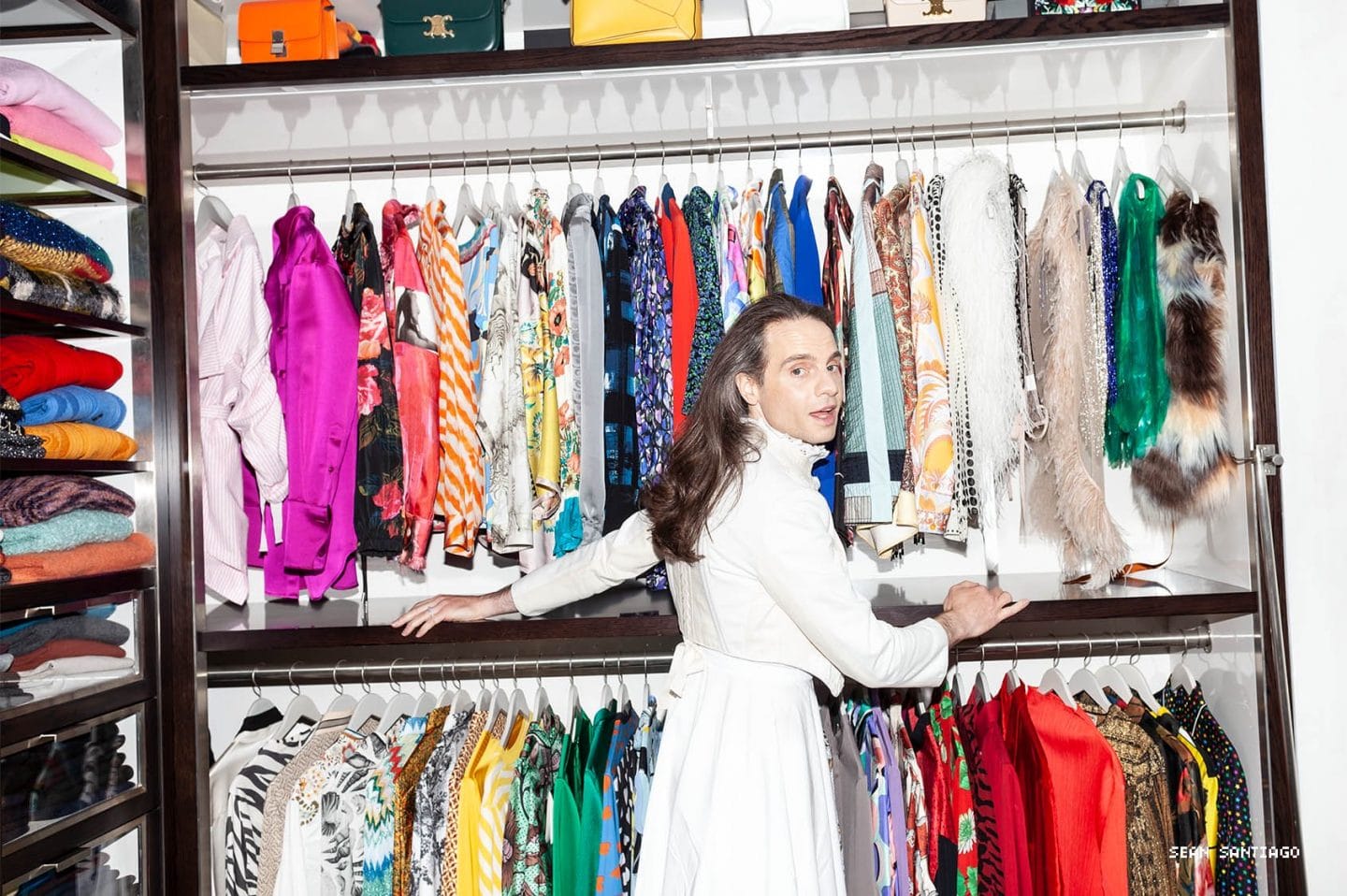 Jordan wore his latest eye-catching look, from American designer Norma Kamali (who also creates outfits for Beyoncé) on the carpet at the Wall Street Journal’s 2019 Innovator Awards in New York, stealing the show from the likes of Kim Kardashian, Kris Jenner, Bette Midler, and Gigi Hadid.

Norma Kamali exclusively told Fashion North that Jordan’s jumpsuit is architectural in design yet is soft and has movement creating many shapes. It’s not yet available as it was presented in the latest collection where gender fluid interpretation is welcome. Norma said: “Jordan has incredible style and chooses styles he likes from designer collections and we love how brings fashion alive!”

Yes, it may look like a Space Frontier flying squirrel-inspired jumpsuit with its batwing sleeves, a pair of heeled metallic silver boots, metallic clutch and a necklace which resembled a tangled slinky, but Jordan was actually styled by US Vogue men’s editor  Michael Philouze. 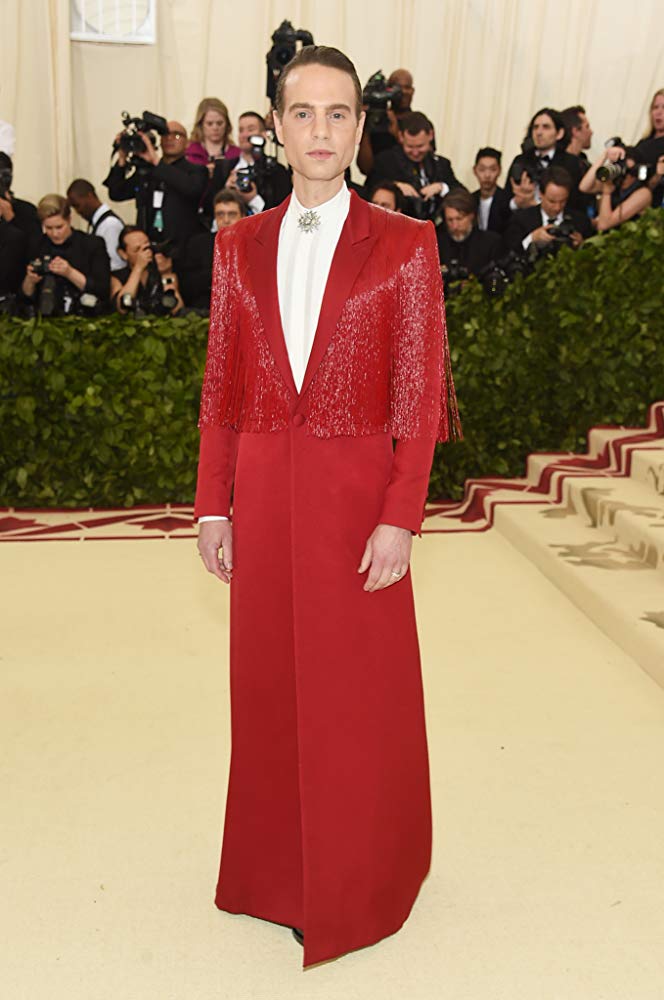 Jordan is president and majority owner of Jujamcyn Theaters in New York City and married to television producer Richie Jackson, who created the Nurse Jackie series.

Speaking to Judith Light at the event, he said bows have become his signature look.

“They’re the evolution of the tie. What a tie would become if it were free,” he said. Regarding his style, he posted on his glamorously curated Instagram saying “In my exploration of fashion, I have been following what feels right, sometimes before I know why.”

My dearest @judithlight said to me last night at the CFDA/Vogue Fashion Fund Awards that these bows at my neck were becoming my signature. Without thinking, I immediately replied “They’re the evolution of the tie. What a tie would become if it were free.” It was the first time I had put those ideas together for myself and as soon as it came out of my mouth, I knew it was true for me. For so much of my life and in so many aspects of my life, I have known exactly where I was going, what I was doing, and why it made narrative sense. In my exploration of fashion, I have been following what feels right, sometimes before I know why. Feeling the feeling frees my body and my heart. Discovering why frees my mind. Or maybe reminds me that my body and heart are always thinking for me. ❤️ #WhatsJordanWearing Jumpsuit @adamlippes Clutch @delvaux Ring vintage Charles Loloma @mahnazcollection Boots @ysl Hair @rutgerhair Face @maudlaceppe Styling @michael_philouze Style Team @celinesabbagh @albanrgr 📷 @iamjmccarthy @gettyimages

Just take a look below at a glimpse of his wardrobe – a spectacle that anyone with taste would be enviable of. In an interview with Out magazine Jordan stated that despite feeling deeply connected to the traditional glamour of legends like Katharine Hepburn, Lee Radziwill, and Gloria Vanderbilt, his own style choices blur the lines between masculine and feminine styles. Roth insists he’s always seen gender in a different way to many of his peers.

“Jordan is the rare man who sees fashion not merely as a means of getting dressed, but as a way to tell stories — as performance,” Wintour says. “His enthusiasm and generosity spill over into everything he does, but what impresses me the most is what kind and loving parents he and his husband are to both of their sons.” 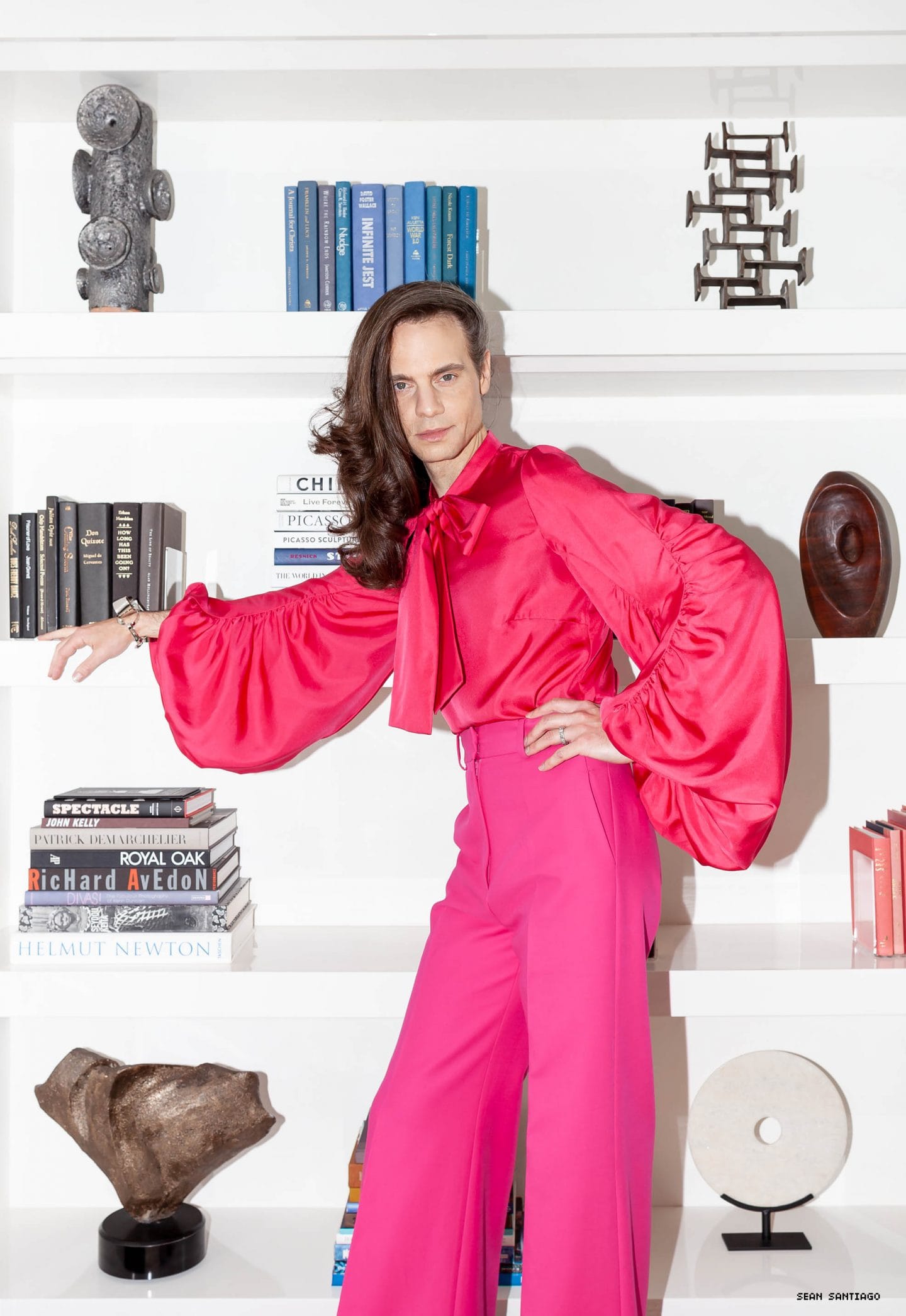 Here at Fashion North, we will be keeping an eye out for Jordan’s next amazing top to toe spectacular.

And trying hard not to keep thinking about how much he resembles Countdown’s dictionary guru Susie Dent! 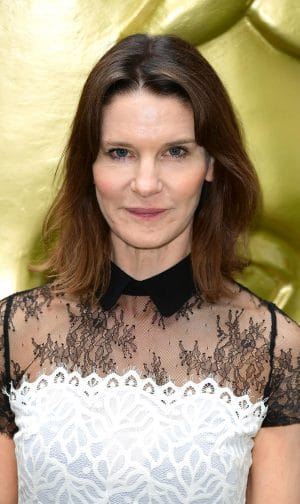 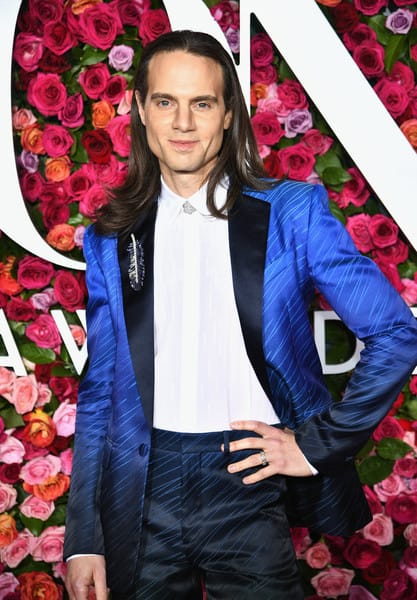