Gymnastics was my whole life from such an early age. I think I was maybe four or five when I first started. I even remember my first leotard. It was a long-sleeved, burgundy leotard. It was definitely not the most glamorous looking outfit, but it was good start.

I trained for years at a competitive level, competing against other gymnasts and clubs from across the country. I was absolutely petrified at my first competition, little nine-year-old Georgia was shaking before jumping on the bars. But as my confidence grew throughout the competition, I managed to secure ninth place. Not bad for my first time! Throughout my 10+ years training and competing, I grew into and grew out of numerous leotards, you could call it the good, the bad and the ugly.

Back in 2010, I was having a normal training session in preparation for my upcoming competition. I chose to go practice my bar routine and perfect any issues I had with it. Everything started off well, but I had no idea what was in store. I jumped and reached out for the high bar, I lost my grip and tumbled down and landed on the mat with a broken arm. I didn’t even believe it was actually broken until I saw my arm bending the other way. After that, I never competed at the same level. I found it so difficult to even go to training afterwards, everyone was somersaulting and backflipping around the gym whilst I wasn’t even allowed do a cartwheel. I never cried though, I just wanted to make that clear, little Georgia was a tough cookie.

After months (or what seemed like forever at the time), I started training as much as I could and managed to secure fifth place at my first competition back!

Then the lucky leotard entered my life. The leotard that every little girl wanted. The bodice was made of a magenta, shiny nylon material that reflected a spectrum of pink in the light. The sleeves were designed out of white velour that was imprinted with thousands of tiny pink stars. The smell of chalk and hairspray will forever be a part of it. Also, the letter ‘G’ was designed in the middle with diamantes, to represent my club, Gymmagic, but I always felt like it stood for Georgia. 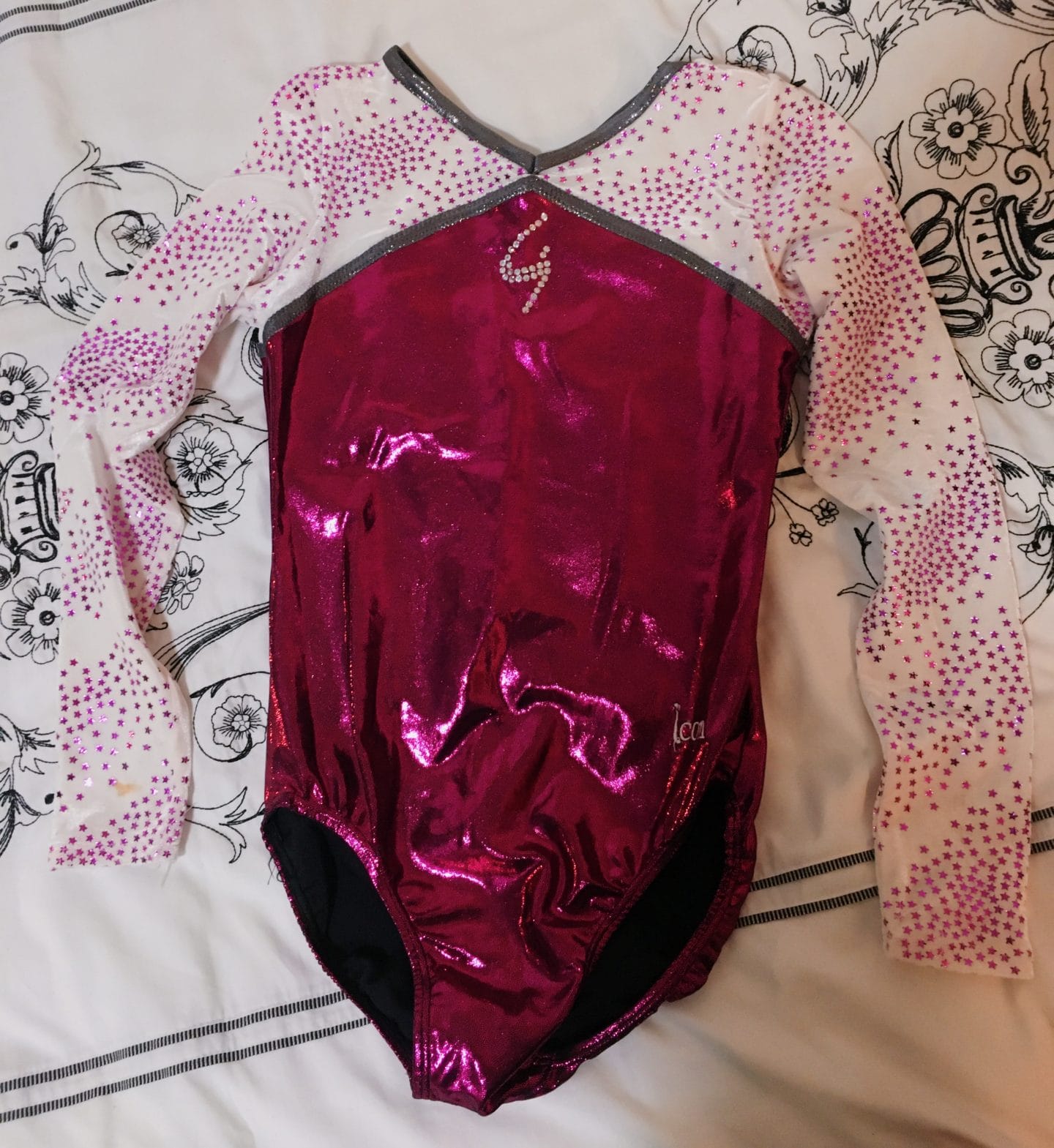 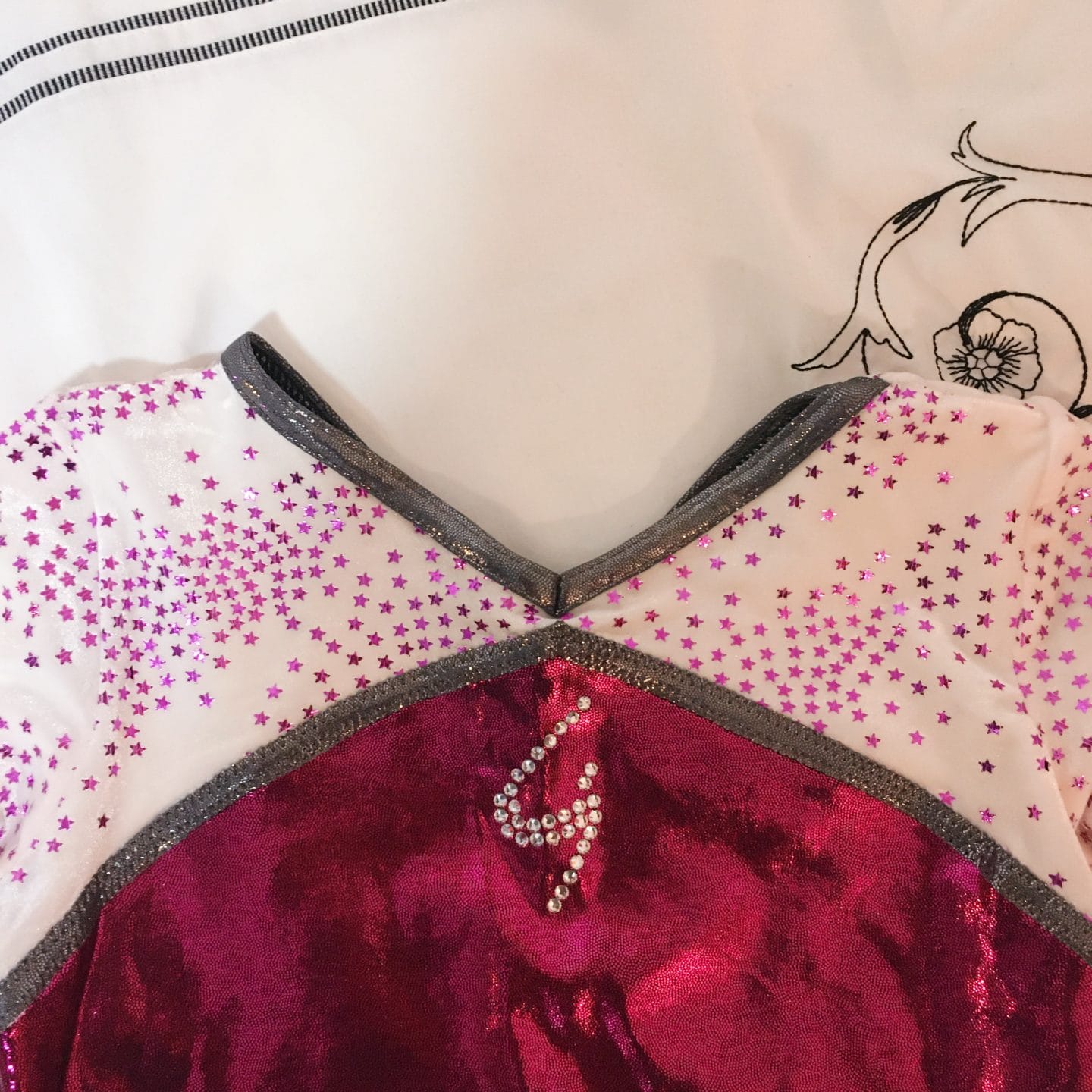 I competed twice in this leotard, my last two competitions actually. The earlier one was a Christmas competition where I came first on beam. And then came my last ever competition. At this point I didn’t know for certain if it was going to be my last. But as I was waiting to hear the results, I had a weird gut feeling that it felt like my time was coming to an end. I crossed my fingers behind my back and told myself I would be in the top three. All I ever wanted was to be in the top three for all-round gymnastics. And as they called out second place, followed by the name Georgia Suggitt, I had never felt happiness like it. It was the first time I ever truly felt proud of myself. 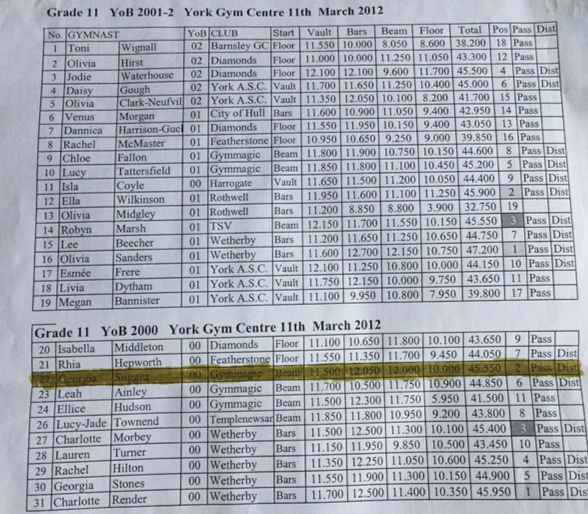 Gymnastics will forever be my childhood. I carried on training after my competition, but as my Grandma got sick, I chose family over everything else and I left gymnastics for good. A few years later I returned to my first ever club and coached classes of six to 12-year-old girls for three years, making up routines, teaching them new skills and being the one to help them through competitions.

I will never forget about my lucky leotard, and who knows, maybe I’ll even be able to pass it down one day.