Will the days of wandering around glittery shopping centres, bags in hand as magnificent window displays entice us into a multitude of stores cease to exist in the decades to come?

‘Death of the High Street’ is an ominous phrase that’s been circulating more and more amongst retail workers and shoppers alike. As we begin to start our Christmas shopping this year it’s apparent that a handful of our once beloved stores have either closed down in our area, or disappeared entirely.

The Bridges Shopping Centre is a prime example of this with the closures of Toys R Us, Mother Care and Ann Summers (to name a few).

Helen Dickinson OBE, Chief Executive of the British Retail Consortium, said: “We have seen a persistent downwards trend in retail employment over the past three years, with the Q3 fall of 2.8% equivalent to a loss of 85,000 people across the UK retail industry in the preceding 12 months.” 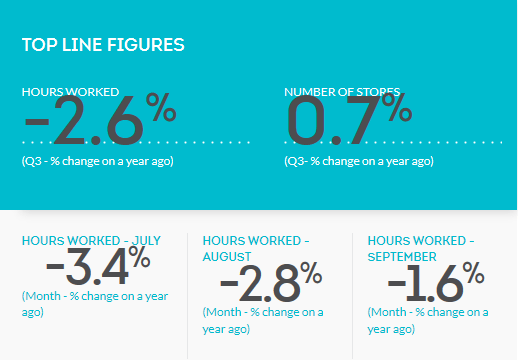 The consequence of stores closing is that thousands of people’s jobs are at stake. Whether it’s stores going into administration, thus branches closing in particular areas – or shutting their doors entirely, it’s the employees that are faced with the gruelling task of finding another role within the retail industry. People seeking employment in retail face numerous obstacles when it comes to securing a position to sustain their livelihood with setbacks in the form of zero hour and temporary contracts. 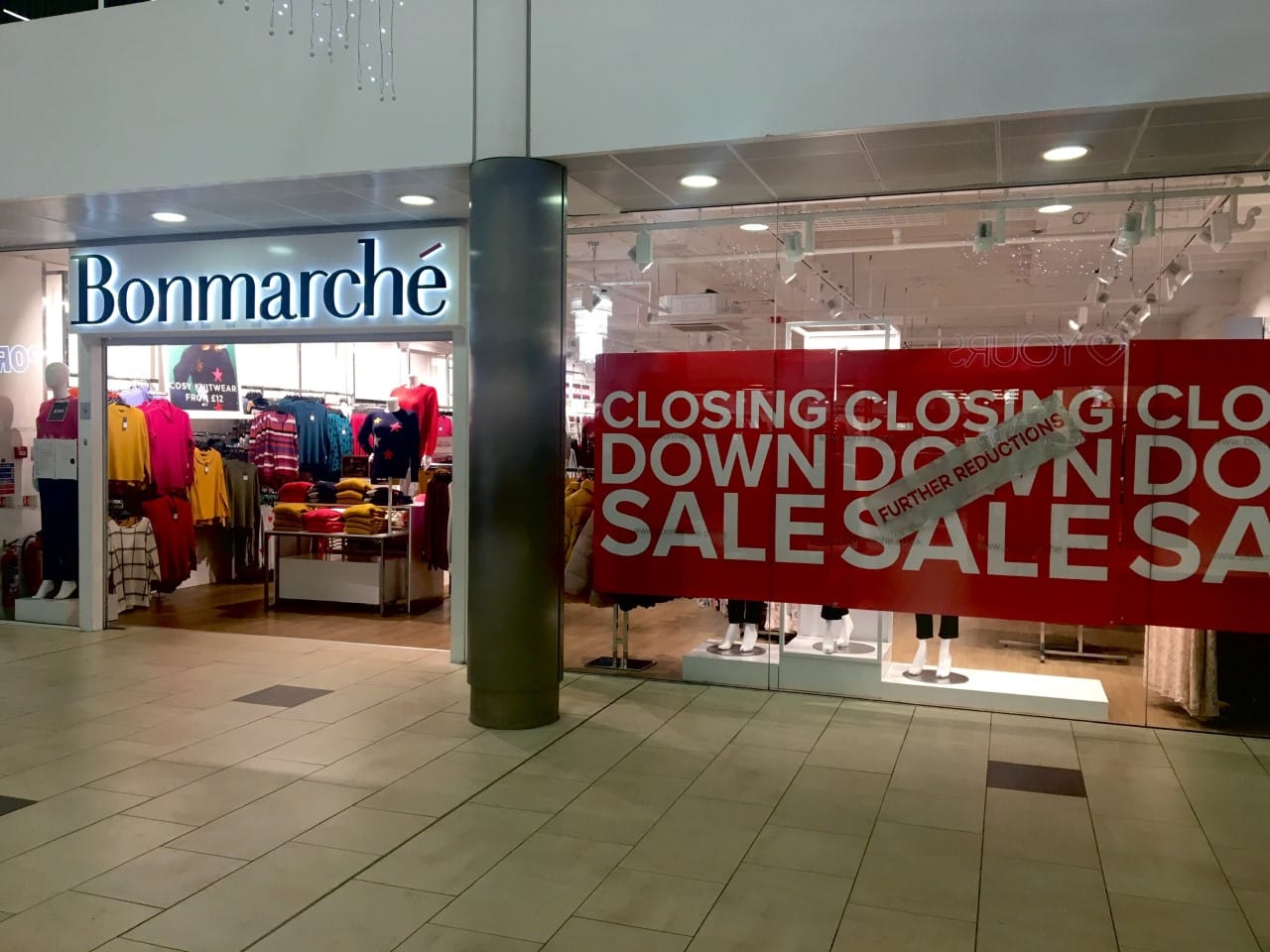 Bonmarche at the Washington Galleries

“Zero hour contracts… Evil. The most corrupt option in a modern world with no benefits to anyone other than the employer.”

If you were to search for retail positions it’s evident that the majority of sale assistant positions advertised are under 20 hours per week.

Irene Watson is just one of many who has lost have lost their job in retail due to the closure of stores, as Thornton’s closed its doors at the Washington Galleries shopping centre earlier this year.

Irene, 59, said: “I’d worked at the store nine and half years until it closed. It was incredibly sad leaving behind employees who I’d grown to know so well. I was apprehensive about finding a new job at my age, as most jobs I looked at were only eight hours. I managed to find a temporary 16 hour contract with another retailer.”

But what are the contributing factors to more and more stores closing?

Joy Wright, the manager of Peacocks at the Galleries Retail Park, commented: “Because of the internet, fewer people shop in store as they’re looking for the best bargains. It’s also more comfortable to sit at home when it’s cold and raining outside. Employment rates will have dropped as it’s all about productivity and covering rent rates.”

It’s easy to point the finger at online retailers for the decline of the High Street, but aren’t these companies all facing the same challenges and share one common goal – sales? There is simply just more and more competition as consumers have an array of different retailers to purchase from. Consumerism habits have also altered dramatically over recent decades as clothes have become just as accessible from the warmth of our homes, especially as retailers provide a next day delivery service. As social media continues to flourish, the hyperlinks that ‘influencers’ provide for their outfits also entice us to make an online purchases as bloggers become more influential. The soaring number of influencers doing collaborations with online brands only emphasises this further.

It hasn’t only been small companies affected by the decline in sales; iconic stores that we would never have expected to face closures such as House of Fraser have suffered the consequences.

Our social media editor Beth Callaghan, 21, was a former employee at House of Fraser when the future of the Metrocentre branch was unclear, she said: “We carried on our shift as normal, but the atmosphere was awful. Everyone was either in a state of panic, or crying. Older employees were concerned for their pension and redundancy, whilst younger employees were worried for their families and how close it was to Christmas. It was awful.”

That being said, High Street stores have created various marketing strategies to remain profitable in order to entice consumers into making purchases. Discounts are no longer saved for ‘Black Friday’, as hoards of promotions continue to pop up in near enough every retailers display window and continuously fill our inboxes. Visa has also launched a Christmas advertisement, along with the hashtag #WhereYouShopMatters, to support the High Street.

Meanwhile, people who are employed by retailers have formed communities to discuss their treatment and past experiences whilst at work by joining unions such as Usdaw.

Union member Lewis David Blaney, 26, said: “I’ve read or heard enough stories now where people have been betrayed by companies around the world, from people who were unfairly dismissed due to disability or refused toilet breaks.

It’s unclear whether the high street will thrive once more in years to come, as the perpetual competition with online retailers continues.