The British Fashion Awards are now over for another year. The ceremony, which was held in London on Monday 2nd December, saw a star-studded guest list arrive in a range of weird and wonderful outfits. 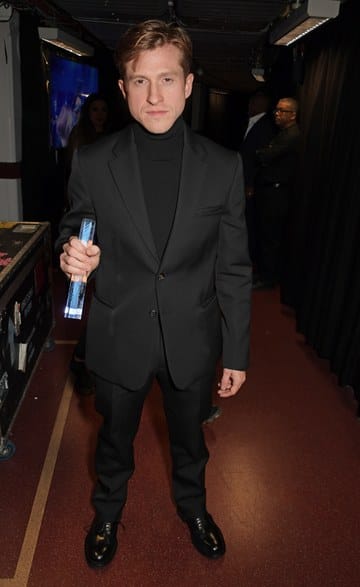 Other winners included Rihanna’s fashion brand, Fenty, for the Urban Luxe category, Naomi Campbell for Fashion Icon, Adut Akech for Model of the Year and Giorgio Armani for Outstanding Achievement.

But, of course, the most important and exciting part for us fashionistas is what everyone was wearing on the red carpet, so we’ve picked out some of our favourite looks from the night to share with you all. 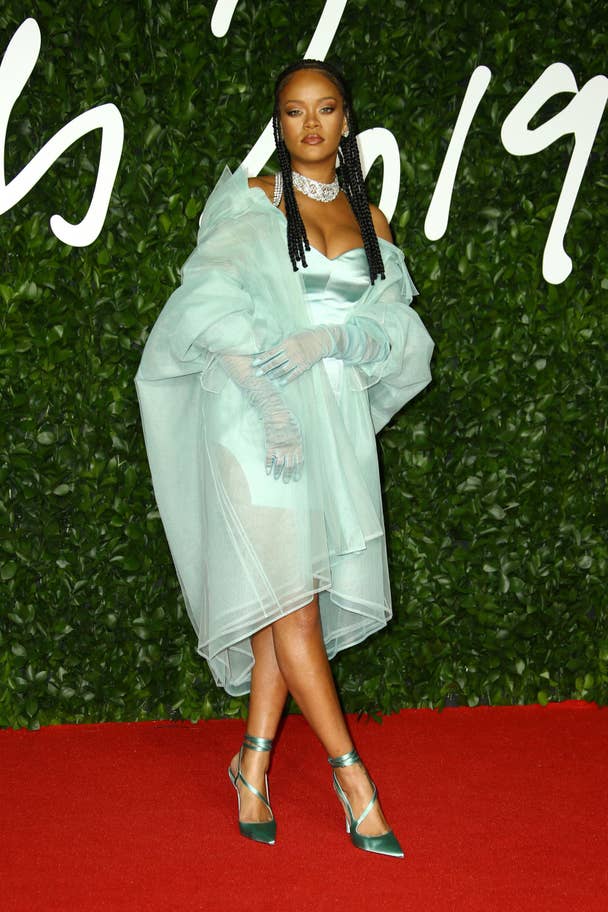 Rihanna at the 2019 British Fashion Awards

As always, the singer, actress and businesswoman looked absolutely amazing in a teal coloured combination and we would expect nothing less from her. Her outfit was designed by her own fashion house, Fenty, which was only founded earlier this year and has already received so much praise. She finished off the look with some stunning pieces of jewellery from Boghossian. 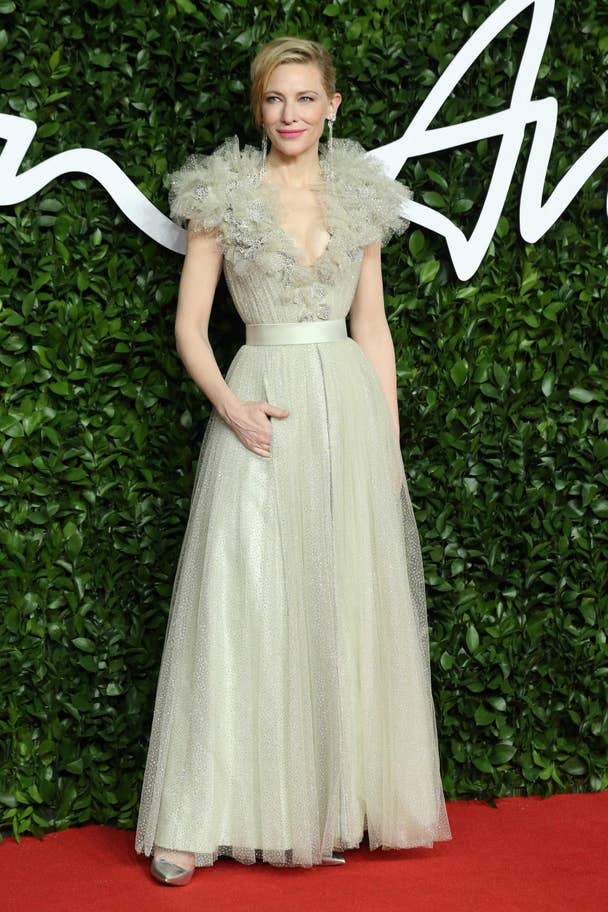 As expected, Cate looked magnificently elegant in her Giorgio Armani gown. The sage green colour complemented the actress perfectly and the ruffled sleeves provide the dress with that extra bit of glamour, without taking away from Cate’s usual angelic look. 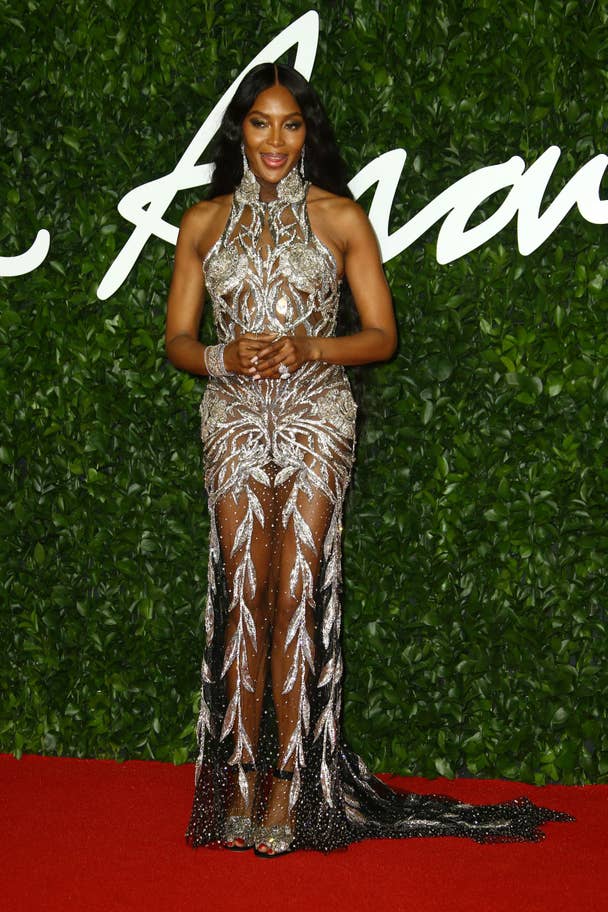 If there’s anyone who can pull off a sheer dress like this, it’s Naomi Campbell. The model looked amazing in the black and gold detailed Alexander McQueen dress, complemented with matching statement heels and jewellery. From the way she looks in this dress, you would never guess that she was approaching the big 5-0. 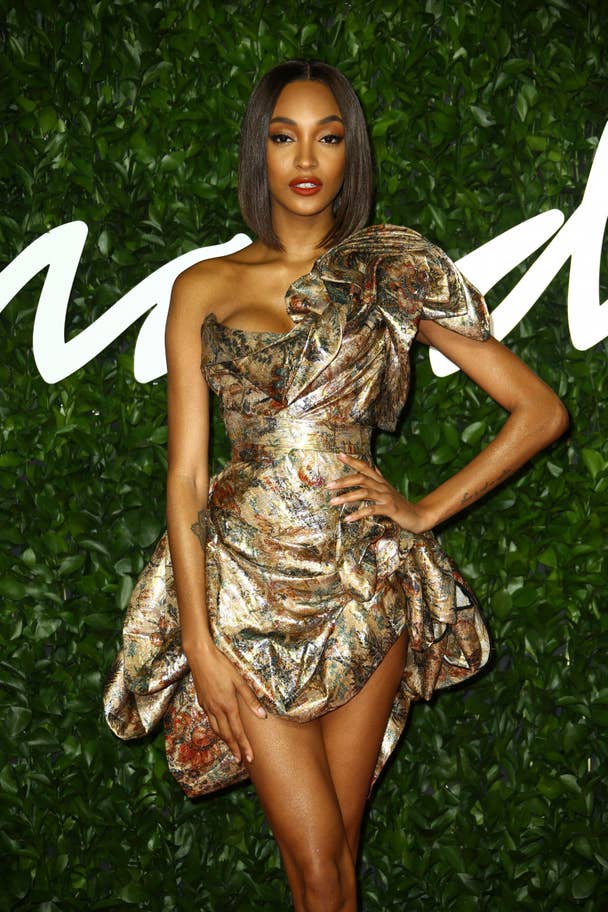 Jourdan, who was the first black model to walk in a Prada runway show in over a decade, looked stunning in this Vivienne Westwood creation for Flannels. The silhouette showed off her tiny little waist perfectly and the colour of the dress, combined with the red lip, gave us total Christmassy vibes. 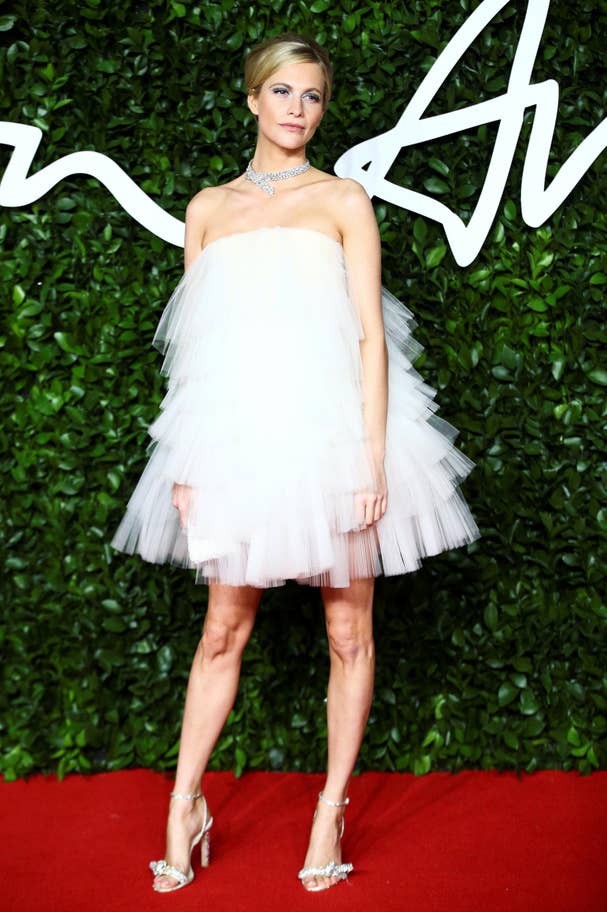 Model and actress Poppy, who is the older sister of famous model Cara Delevigne, managed to keep her look simple, yet extravagant at the same time. Anyone who can pull off a white marshmallow coloured, tiered ruffle dress automatically goes up in the fashion rankings. Unfortunately, the designer of her dress is unknown. 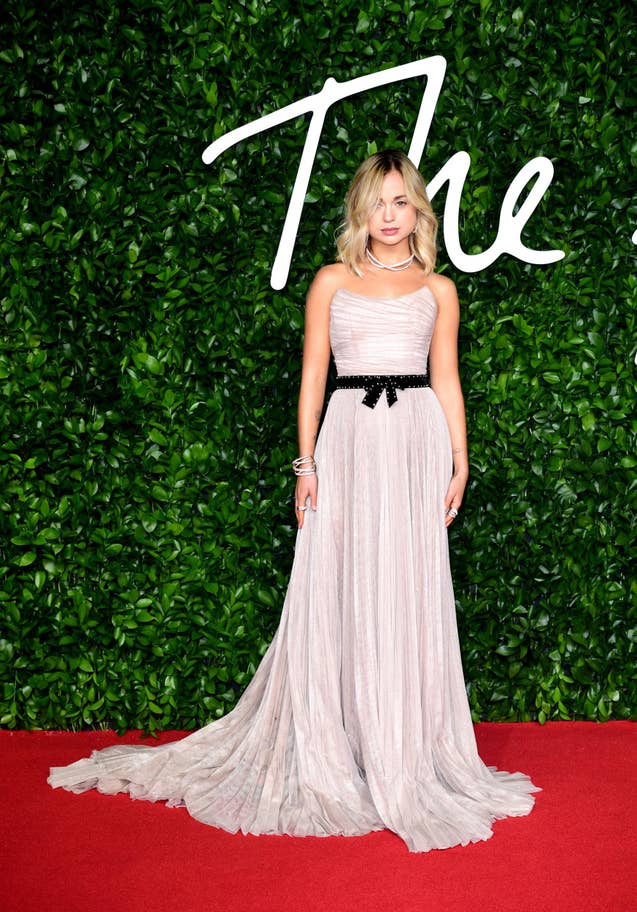 As if being a relative of the Royal family wasn’t enough, fashion model Amelia, also got to wear this gorgeous silver-pink gown from Philosophy di Lorenzo Serafini to the awards ceremony. The black belt is the perfect contrast to the otherwise angelic and light colour scheme, and the neckline is so flattering on Amelia, we love it. 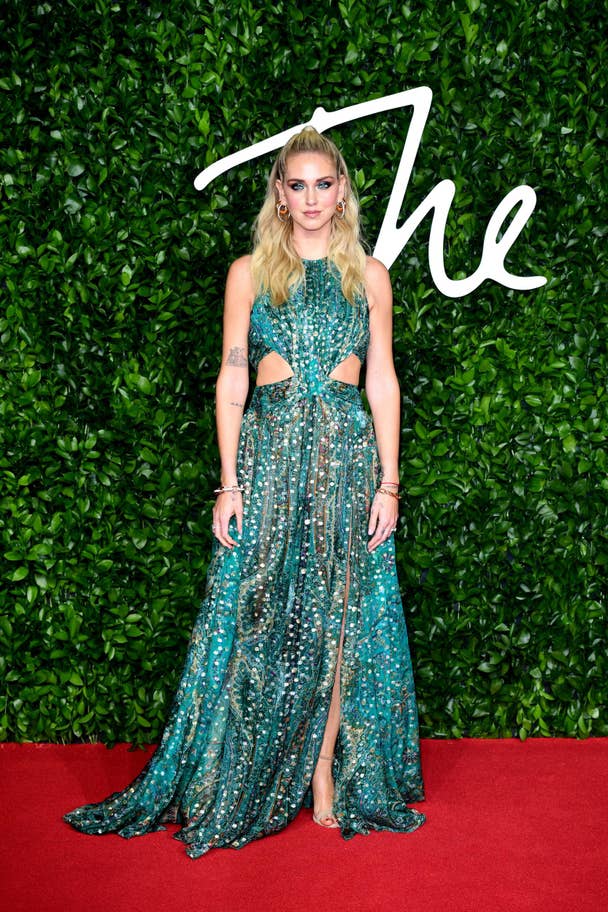 Fashion blogger, designer and influencer Chiara, looked amazing in this emerald green dotted dress. The floaty material of the dress, alongside the accessories and make-up look, give us ultimate boho queen vibes whilst still managing to make the ensemble classy. The perfect combo.

Brand of the Year – Bottega Vaneta

Accessories Designer of the Year – Daniel Lee for Bottega Vaneta

Model of the Year – Adut Akech

Designer of the Year – Daniel Lee for Bottega Vaneta

Who do you think was the best dressed at this year’s British Fashion Awards? Let us know @Fashion_North!