Alessandro Michele has returned to the Gucci Headquarters in Milan, where he unveiled his new F/W20 womenswear collection after his previous show ‘Gucci SS20’ in Milan last year.

It was hard to believe that he could excel our expectations even more, but Michele expressed his inspiration through a fashion carousel breaking the norm of a conventional runway show, bringing the magic of backstage to life in a variety of vibrant colours and textures.

Upon arrival at the event, the audience was immersed into the backstage of the show through the hair and make-up room while the models were still in their white robes. Usually, during a runway show, it is kept secret. However, this did not stop the expectations building. The venue was integrated with a glass-walled cylinder and a pink sheer curtain crowned by a neon-lit metronome creating a rhythm of time. This enhanced a dramatic opening to the show with classical music playing, as the models began to change out of their robes.

The curtain dropped revealing a creative surprise to Milan Fashion week. Alessandro incorporated an insight into the work that goes into a show, courtesy of a rotating carousel. While stylists were making final adjustments on clothing and applying make-up, the models began to make their way to the front of glass showroom. The use of the lighting was important in the production to reflect the shape and silhouette of the clothing as well as helping the garments stand out against the low light.

Lace detailed accents and 70s suits were spotted on the runway this year during the show. Tailored suits were a very popular staple in this collection ranging in vibrant colours and check prints. They drifted from the ‘traditional masculine suit’ with the use of 80s style broad shoulder pads and oversized jackets for women. In particular, this Aquafresh blue windowpane tailored suit jacket. This reflects previous shows Gucci have done because they choose to not conform to gender stereotypes and represent an active community of freedom of expression. These were paired with wide-leg trousers providing a 70s flair to the final look. 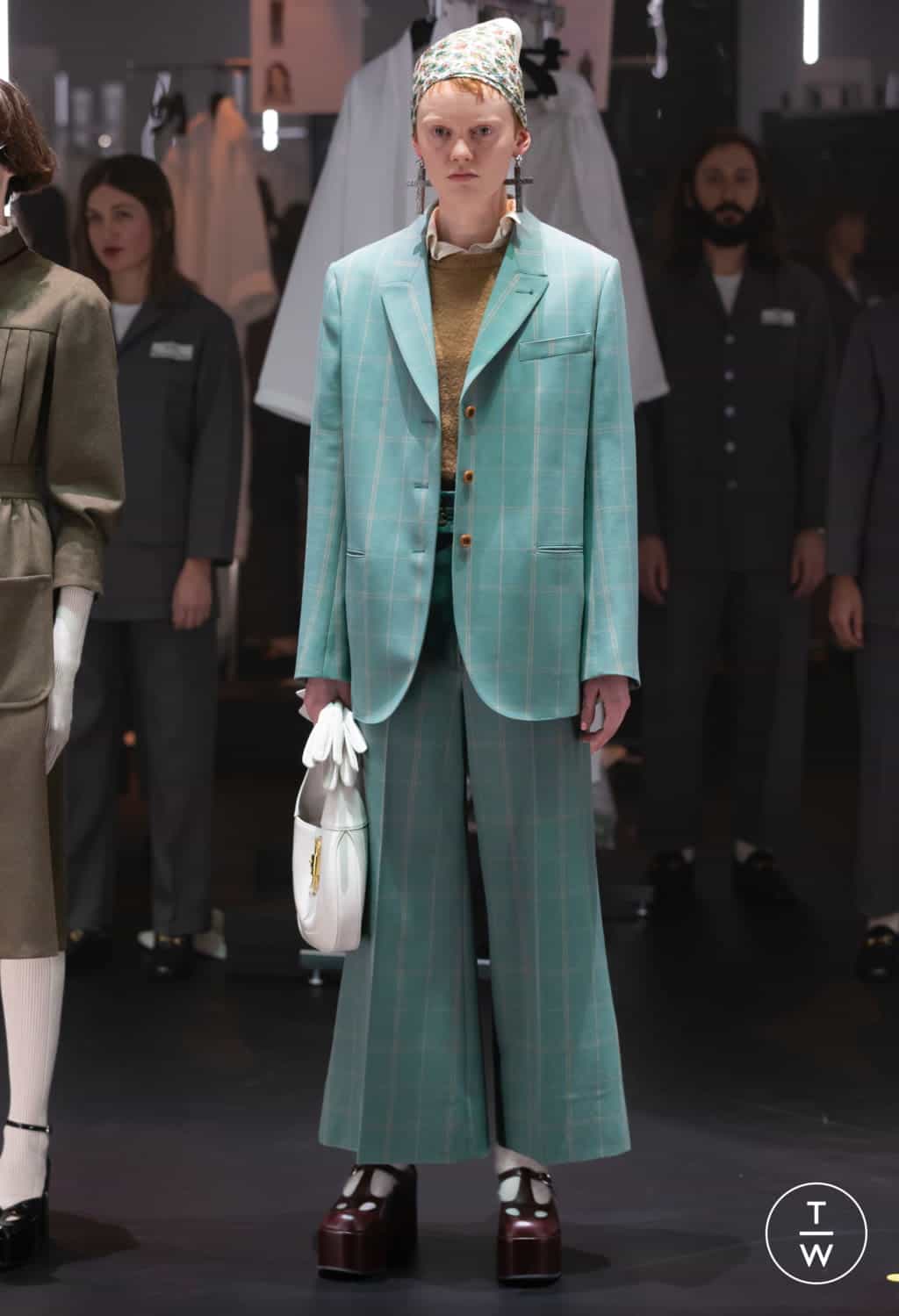 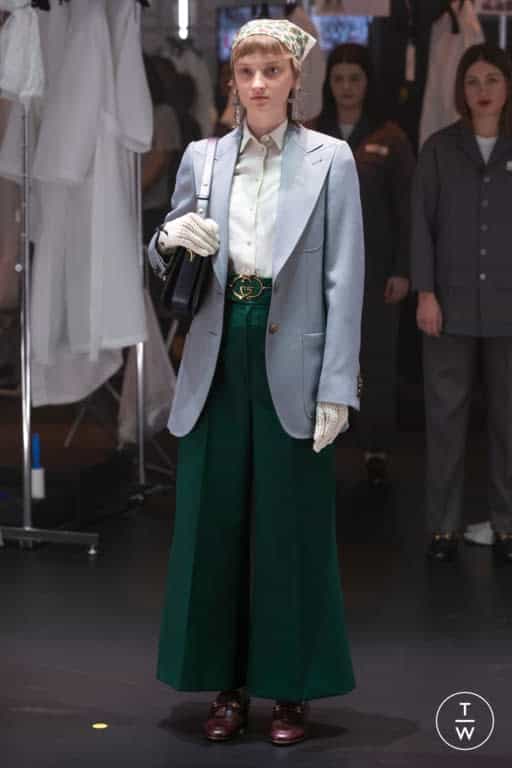 Lace-trimmed scallop collars were detailed on dresses and jackets this season, such as this cropped dogtooth jacket with matching lace gloves providing a uniformed look. Structured with tiers of ruffles a tulle and lace gowns, Alessandro featured elements of the 1800s in his work with large victorian dresses and poke bonnets. 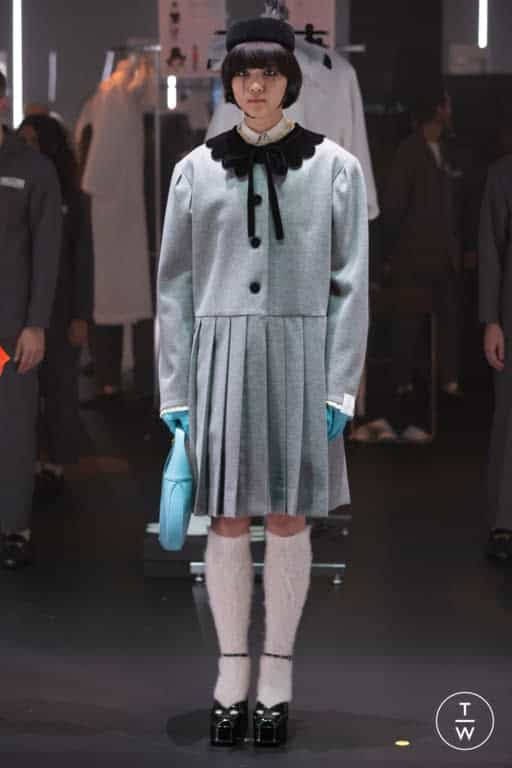 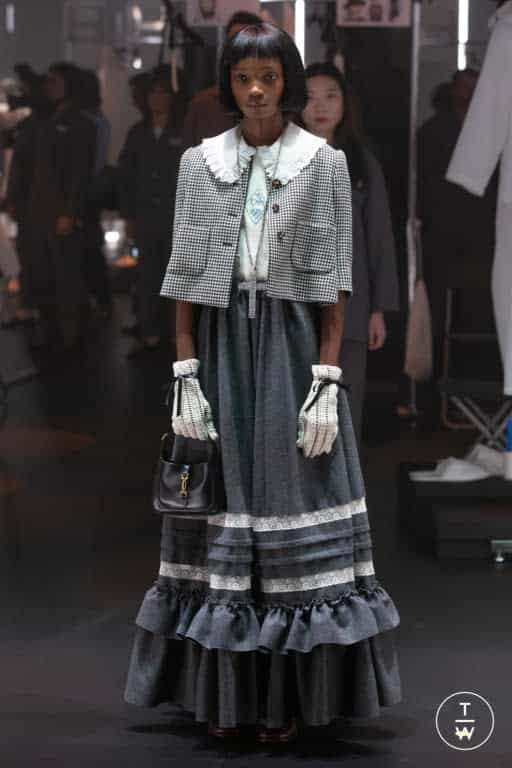 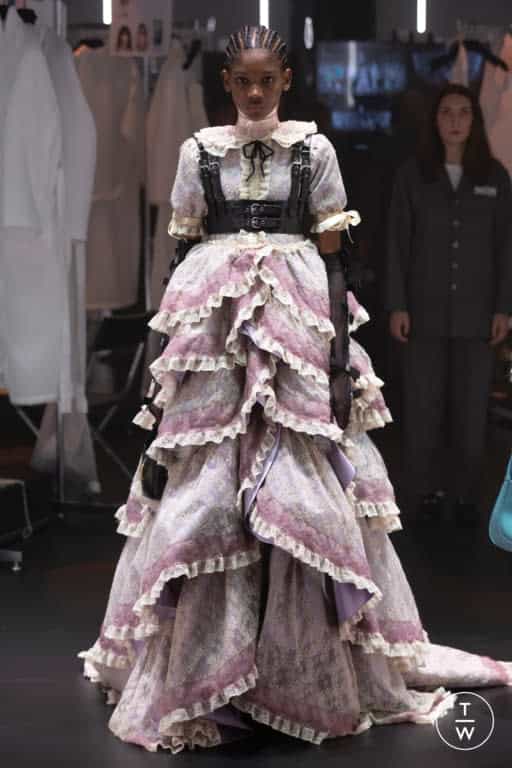 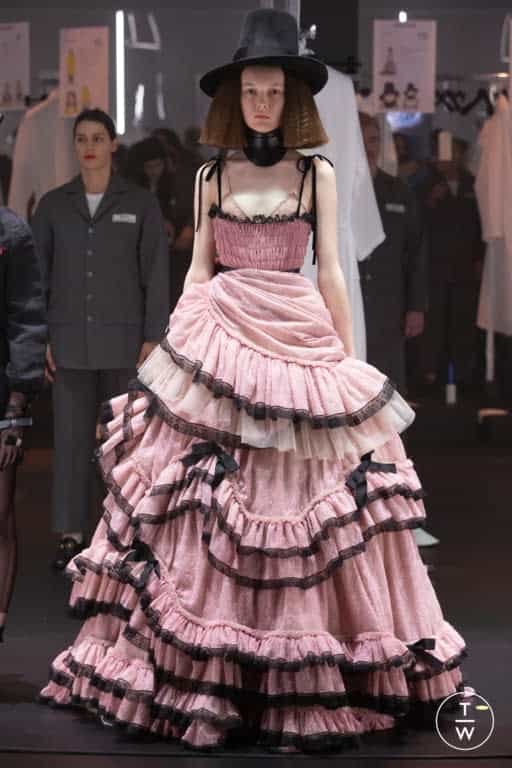 This transparent dress with a belted corset and embroidered lace along the hem had short puffy sleeves to express an inner child look to the model. This is a statement to the runway by making the models look like China dolls which were an inspiration for the show titled ‘The Ritual’.

The show notes referenced the “ritual”, the “tiniest details of the scene” and the “congregation”. It was the celebratory theme of the little details that make up a show which was reflected in the garments such as lace collars, Victorian ruffled dresses and bold make-up choices such as the black tears painted down the face. This was apparent in Michele’s show last year by creating an environment in which we’re constantly seeking truth and authenticity. However, to complete the show this year, the seamstress and designers took their place in full view of the audience after the models exited which resulted in a round of applause.

Michele transformed the show into a theatre of rich colour combinations while still capturing the creative initiative of Gucci’s signature style. While making his annual appearance at the end of the show he brought a new meaning to society and has left us inspired.

Let us know your favourite pieces and thoughts on Twitter @Fashion_North.

Tips for every quarantined …