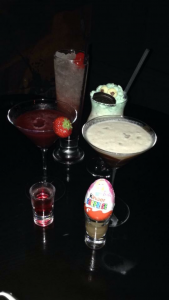 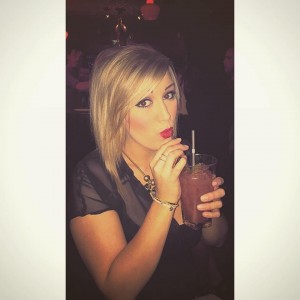 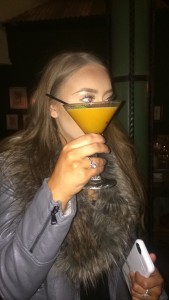 The only way I was going to find out the truth behind The Times’ shocking statistics was get out there into the natural habitat of the intoxicated teens and speak to them myself, before they were unable to speak themselves, of course. The cocktail bar we decided to meet in was a much classier, more sophisticated place than I’d imagined, which led me to believe that there’s much more to this story, I needed to delve into the brains of these girls and find out why they think there’s some truth in this survey.

Some of the factors I wanted to know more about were specifics that applied to girls only, for example; the issues with body confidence and how this might lead young females to feel the need to drink more, the part that social media plays, and the how girls want to be perceived online. Whether it be a selfie holding a fancy looking cocktail that these girls obviously think oozes with sophistication or a picture taken before the drinking commences, in which their evening meal has been skipped so they look and feel their best. One question I definitely wanted to slip into conversation was do these girls ever think of the risks of being young and vulnerable once they’ve consumed a considerable amount of alcohol?

Firstly I spoke with Nicola Brown, a student from Northumbria University who sat gracefully in the bar holding a bright purple drink (with a straw so she didn’t smudge her lipstick). Almost straight away she asked me to take a picture of her with her drink, which I was happy to, because being a girl I’d get one of my friends to do the same for me.

“This might be typical girl thing, but I know that if I’m in a cocktail bar I’d definitely pick the most colourful one on the menu. I’d much rather that, than drinking a boring vodka and coke. I had a cookie monster cocktail once which was amazing, it has to look good to appeal to me. If I had a cocktail and a normal cider in front of me I’d obviously go for the cocktail, who wouldn’t?

“There was one time where my friend and me went to this gorgeous cocktail bar and bought like six cocktails each just to take a picture and upload them to our Instagram because it was such a sophisticated place and we wanted people to know we had been. It didn’t end well though.”

One factor that adds to The Times’ statistics on girls being more likely to be drunk than boys is the small gathering before a night out known as “pre drinks”. Many girls use this as a way of catching up with friends and getting ready together. Nicola added her opinion on this girly tradition:

“Alcohol definitely makes me more confident. I constantly worry about what I look like and don’t talk to people as much as I’d like to before I’ve had a drink – it helps me loosen up.

“I think that’s why every for single night out I have, I’ll have pre drinks beforehand. It’s important because it means you can arrive to the party or a club with your friends, which again is a confidence thing for girls – being in a group. You’re more likely to feel comfortable. Plus, it’s sometimes cheaper to have a drink before you go out.

“Even if I’m having pre drinks and then drinking when I’m out, I still probably wouldn’t eat anything after about 1 in the afternoon. This is purely because I wouldn’t want to feel bloated or feel like I didn’t look my best. This is a major thing, especially if I was wearing a tight skirt or a midi dress, I’d be so careful trying not to eat anything that would make me feel like I was bloated.

“I would never go out and not drink, I’d feel so left out and there’s been so many times I’ve gone out with the intention to stay sober, and then one of my friends will say ‘just have one’ and before you know it you’ve had like three or four. Once you start you just forget about the risks.

“I think most girls do know how vulnerable you can be in big towns or on your own, but I think you forget and even if you don’t forget most girls have the same mentality that if anything was to happen it wouldn’t happen to them.” 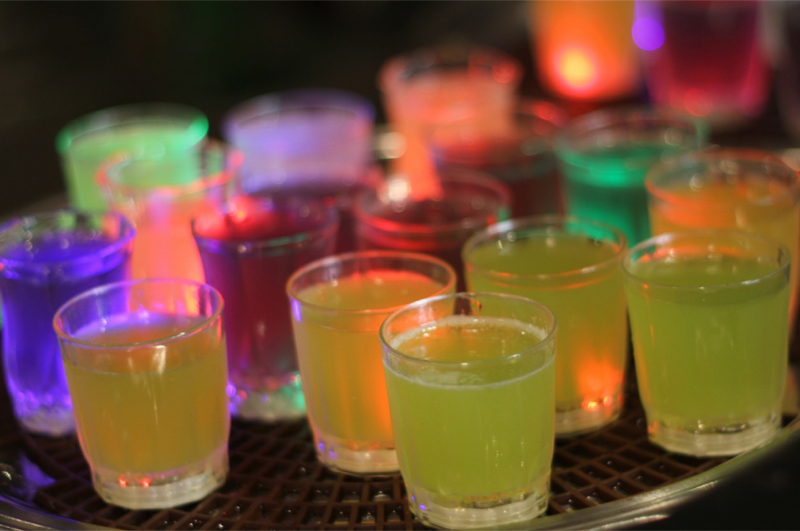 After beginning to understand the logic behind why girls might be more likely to get drunk than boys, and taking into account The Times’ report which showed almost 1/3 of girls admitted to being drunk at least twice before the age of 15 (when the same confession only counted to a quarter of boys), I then took it upon myself to speak to an expert. I spoke to Ellen Collins, a bar tender working in the heart of Newcastle. Surely she had noticed some ‘typical drunk girl’ behaviour before?

“Usually from what I’ve seen behind the bar, boys will stick to pints the whole night and girls might order something more feminine like a cocktail. I think when girls are holding a drink, especially a fancy one, they feel more confident because it does add to their look. It adds a bit of sophistication.

“Our best selling drink is a Strawberry Mojito, which is made from fresh strawberries and mint. It comes in a Martini glass with a little strawberry, it looks sophisticated and is about £7.50. It’s really easy to drink because it tastes so nice. It doesn’t taste like alcohol at all and I think that’s the problem.

“When it comes to teenage girls that have just turned 18 and are on their first real night out, a lot of drinking habits stem back to confidence issues and maybe trying to fit in with the rest of the crowd. At work I’ve noticed that boys become much more rowdy, whereas girls laugh more and seem to let loose.”

The Times picked up on the culture and mentality of young girls in respect to social media, stating: “Social media, rather than providing an alternative to drinking, could have made the problem worse, becoming anxious about persistent updates, jealousy and bullying.” 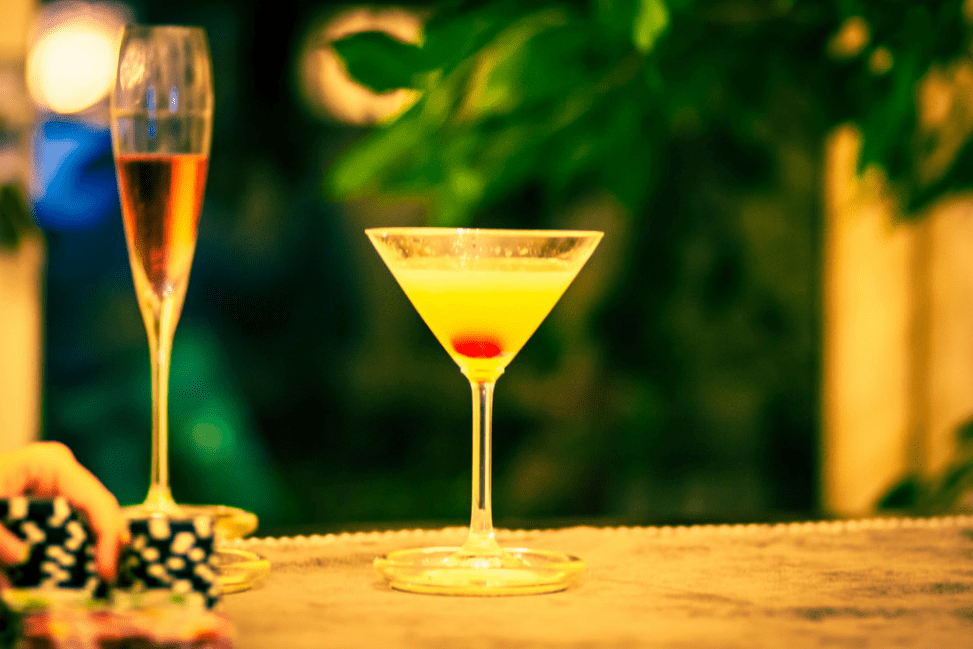 Ellen also had her say on the influence social media has:

“I think it does have an effect on the overall behaviour of girls, they always have to get a good picture to post to their Instagram. Girls take pictures a lot, I don’t think I’ve ever gone to work and come across a group of boys standing with cocktails getting a selfie.

“I also think that the amount of pictures posted on social media of different drinks and the amount there is on offer in bars, it does encourage girls to unintentionally drink more, because they want to try everything they see other girls holding.

“It’s highly unlikely that if a group of girls come in they’ll stick to one specific drink, they either order a different drink each time or they will all try each others which then means they’re mixing their drinks without realising.

“I don’t think they realise the risks of being out in a huge town and being vulnerable, and especially drinking cocktails, the effects creep up on you. I’ve seen on the odd occasion girls who physically can’t walk because they’re so drunk and that’s purely unintentional.”

To help make young women aware of the dangers and to keep safe when participating on nights out, Katie D’Arcy, Vice President of Wellbeing and Engagement at Sunderland Student Union gave us an insight into her job:

“The Student’s Union offers advice and support for students so if alcohol impact is concerning for them, they can always come and talk to us. We work closely with the National Union of Students to support their ‘Alcohol Impact’ strategy and help young people stay safe when they’re out. We offer confidential advice and help make sure our students are as safe as possible when they socialise.”

To seek this advice message Sunderland Student’s Union on Facebook.