Olympic diver Tom Daley hosted this year’s Attitude Awards held in the London. Running for six years, the night honours those who inspire and change lives on a daily basis.

In support of the Elton John AIDS Foundation, this years event took on a royal tone as Prince Harry collected the Legacy Award on behalf of his mother, the late Princess Diana. Diana was well known to have helped raise money for charities related to the cause and to break the stigma attached to the virus.

Stars turned out in force for the awards, bringing with them all the glamour England’s capital is famous for. 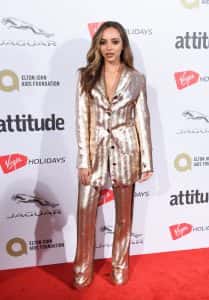 Jade Thirlwall at the 2017 Attitude Awards

Little Mix member Jade certainly didn’t shy away from the occasion last night, wearing a gold embellished tuxedo. Bringing the Studio 54 vibes in all over sequins, Jade’s outfit was courtesy of designer Malan Breton, whose other famous fans also include Kylie Minogue and Ariana Grande.

Totally appropriate in the run-up to the Christmas season, we love this OTT look in the Fashion North office. 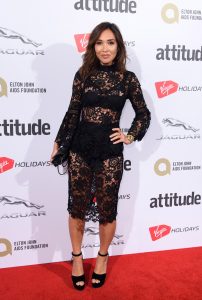 Myleene Klass at the 2017 Attitude Awards

It is no secret that a little black dress is the one thing every woman’s wardrobe must have and last night Myleene proved exactly why. Taken from her own Littlewoods range, the songstress-turned-designer altered the black lace number, removing the slip underneath to take the outfit from safe to sexy. For only £100 it just goes to show that a little can go a long way. 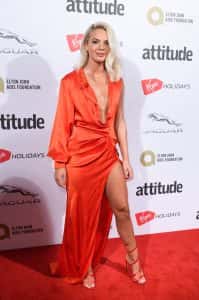 Louisa Johnson at the 2017 Attitude Awards

Standing out from the crowd was clearly the brief given to Louisa Johnson’s stylists for last nights red carpet. In a sea of black fitted dresses the number one singer arrived in a silk one-sleeved floor length number. Most of us tend to follow the rule boobs or legs but Louisa opted to get them both out with a daring leg slit and plunging neckline. The burnt orange hue was a welcome flash of colour, paired with matching calf-hugging stiletto heels and her sleek platinum blonde hair, the whole look blew us away. 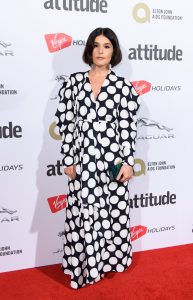 Jessie Ware at the 2017 Attitude Awards

New album, new haircut and nailing her look at the Attitude Awards… bravo Jessie Ware! Prints are everywhere right now, and polka dots are one of our favourites to wear. Jessie shows us how to stand out without the dress wearing you. Her cinched waist and emerald green accessories give a glamorous and Hollywood feel to the look.

While the ladies above showed us mere mortals how to dress for an awards ceremony someone slightly, well massively missed the mark. Miss Honey G. 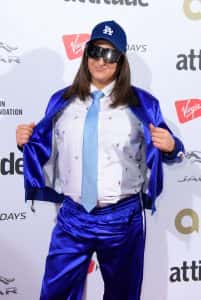 Honey G at the 2017 Attitude Awards

Satin and blue, sounding good? How about in the form of a tracksuit? Well that’s exactly what Honey G decided to wear to the ceremony. Complete with a man’s shirt and tie, it was certainly eye catching but once you have seen it, you will look away in horror. Trust me.
Maybe better luck next time.