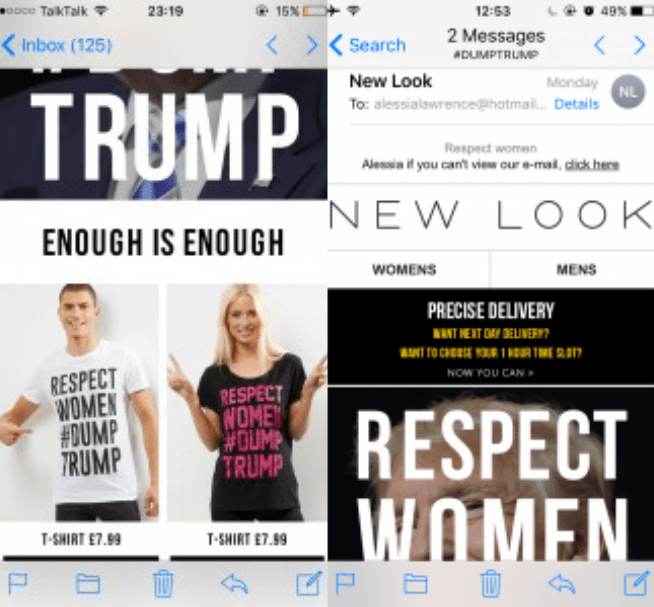 On sale now for a meagre £7.99 are the controversial words ‘RESPECT WOMEN #DUMPTRUMP’ 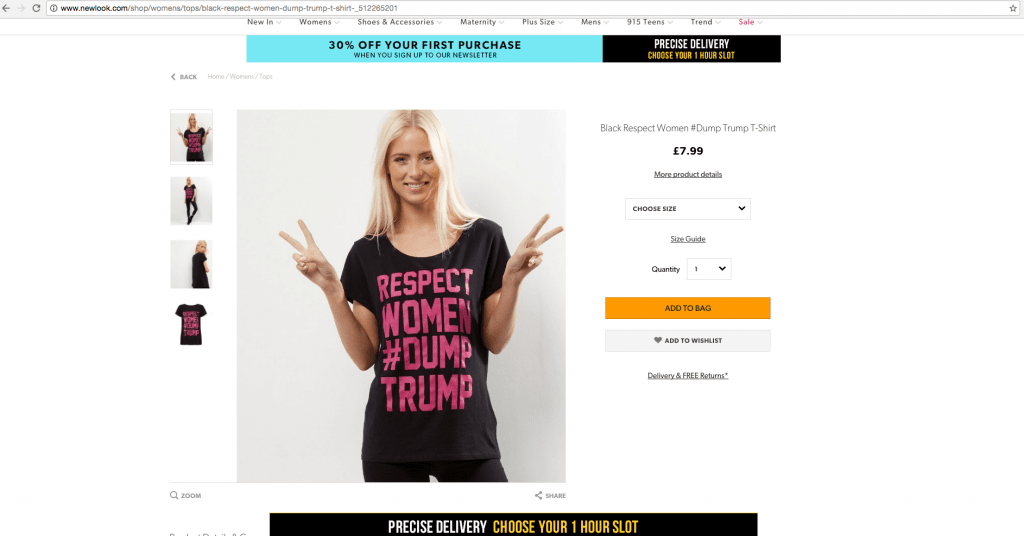 Although we absolutely agree with New Look, we can’t help but think this message might be a little too heavy for 16-or-so-year-olds – or is it a ground breaking move from the fashion world to involve the younger generation in world issues?

Made In Chelsea’s Oliver Proudlock and many others have taken to Twitter to congratulate New Look on their ballsy declaration and the general consensus seems to be Team Clinton – but not everyone thinks it’s as brilliant as we do. 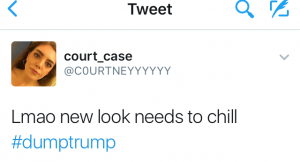 When contacted for questioning New Look stated they were ‘not doing interviews in relation to this’.