Vivienne Westwood may have handed creative elements over to her husband, Andreas Kronthaler last year, but this didn’t stop her from taking centre stage on the catwalk at Paris Fashion Week. 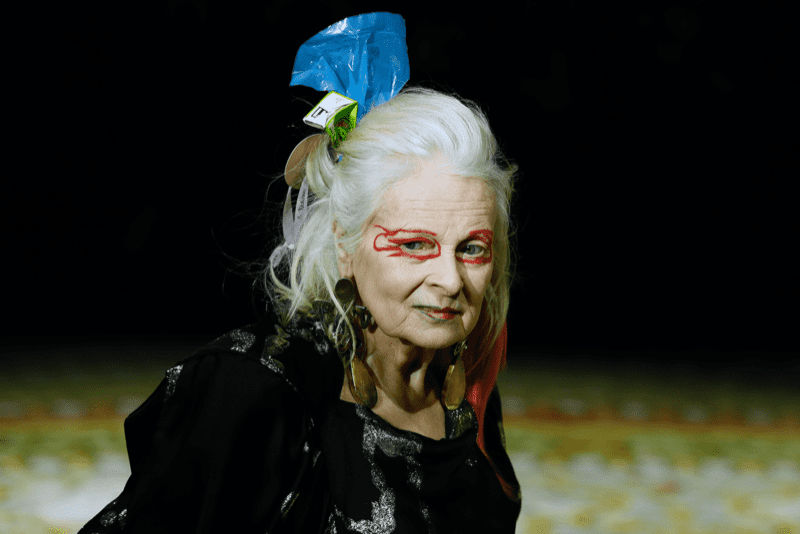 From casual tops and leggings splattered in paint, to oversized quilted robes and jackets. A series of statement patterns were also featured in the ready to wear collection, from the iconic tartan, giving a nod to Westwood’s punk past, to timeless florals and stripes. Colour-blocking and pattern clashing was also a huge part of the theme, with oversized scarlet and navy striped dresses layered over the top of a bold patterned shirt.

Crisp packets, bubble wrap and coke cans amongst other forms of rubbish were woven into models hair, while bold eyeliner was drawn around the eyes to create a pop of colour against the natural and minimal make-up look. 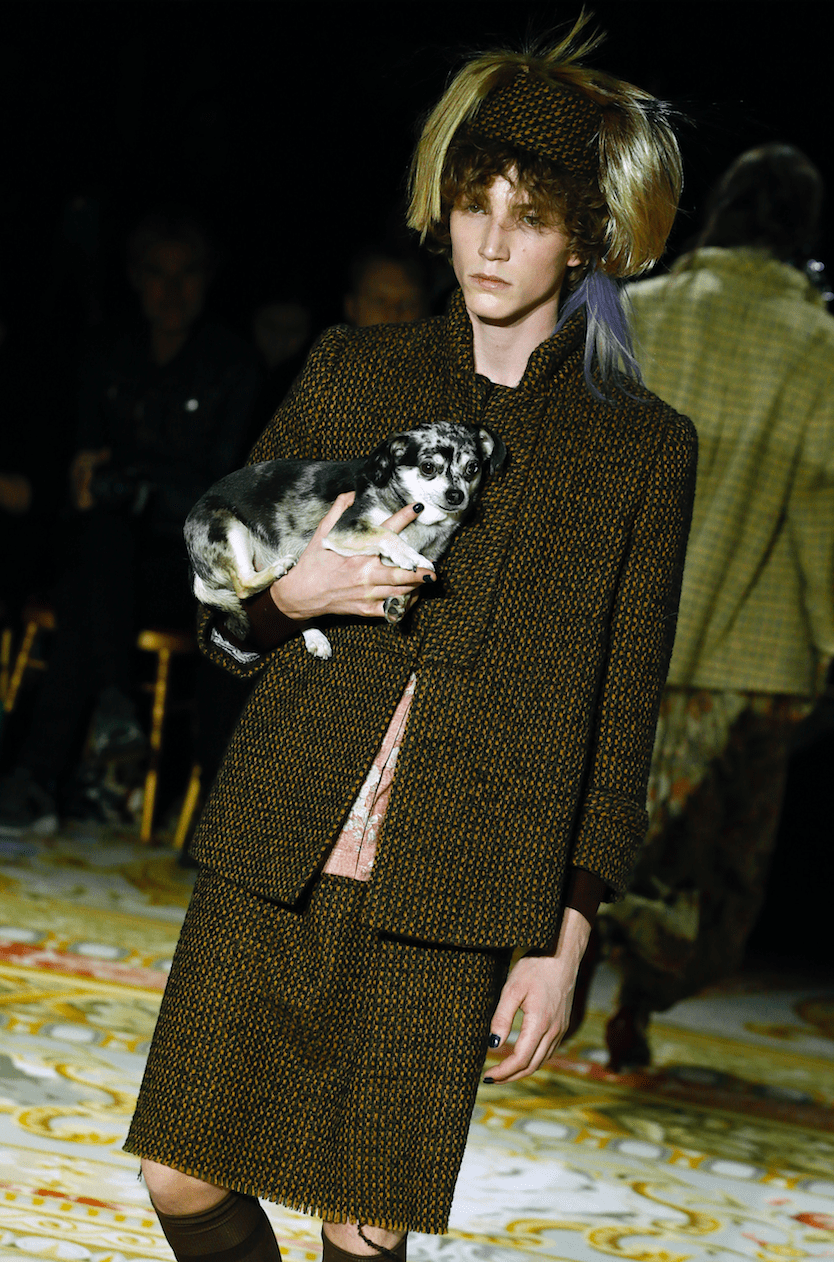 Chunky necklaces, heeled pumps and even a puppy were just some of the accessories used at the show.

Amongst the wrap jackets and deconstructed jackets were a mix of textures, from knitted jumpers with shoulder padding and shimmering ethereal gowns with silver and gold detailing. Feminine cut dresses were covered in rebellious splashes of paint to add an edge to the look. 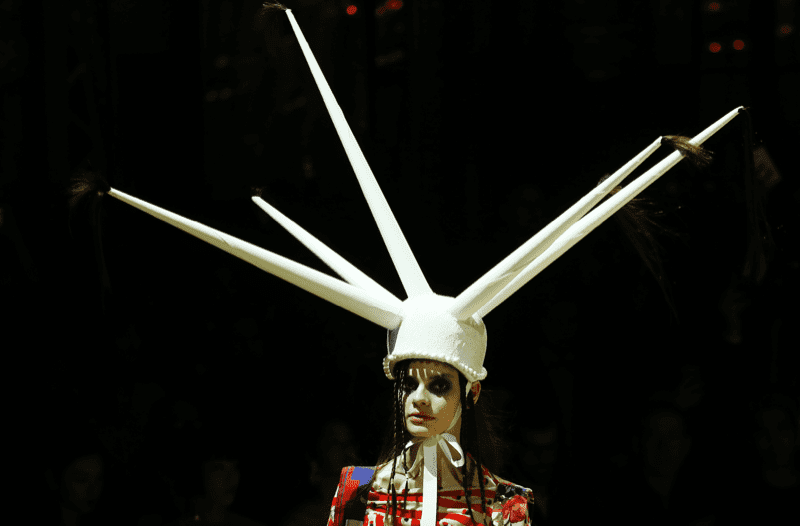 Vivienne Westwood herself playfully glided across the catwalk in an oversized deconstructed striped ensemble, paired with navy heels which were decorated with eye catching yellow laces. Westwood also returned to the catwalk in a draped black and metallic detailed midi-dress to steal the show. 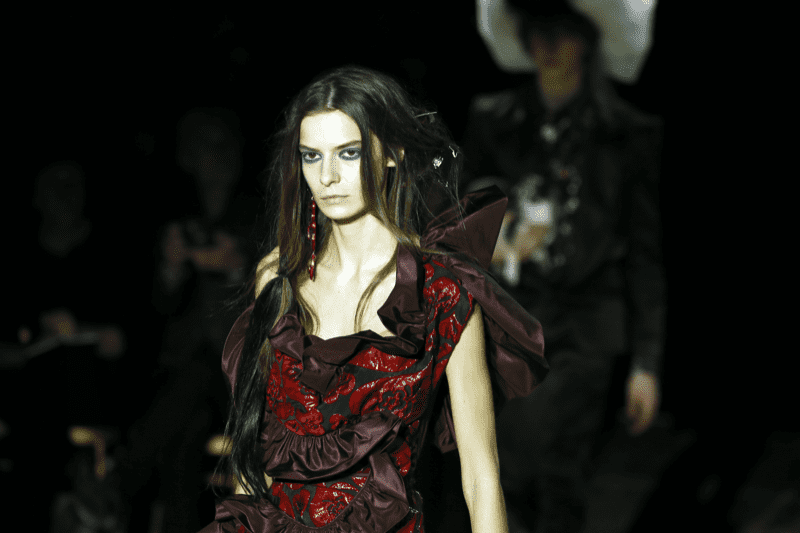 Spotlights began to flicker and the music became orchestral as the finale began, with Andreas Konthaler and Vivienne Westwood romantically leading the way hand in hand with models following to give the audience another glimpse of the AW17 collection.

The Vivienne Westwood AW17 collection was everything we could have expected and more. Meaningful, powerful and packed with quirky style.