The newest Netflix Original to hit our screens is the highly anticipated ‘Blonde’ film; a fictional portrayal of Marilyn Monroe’s personal life. There is no doubt that Monroe is one of the most iconic actresses of all time, and her fashion was nothing short of iconic too.

Easily recognised by her blonde locks, Marilyn Monroe was a huge sex symbol of the 1950s and 1960s during the height of her career. Her clothing was elegant, feminine and the designs she wore symbolised a height of glamour and the perceived luxurious lifestyle of Hollywood film stars of the time.

In light of the newly published ‘Blonde’, here at Fashion North, we have put together the top five most iconic looks from Monroe’s career.

Possibly the most unique look worn by Monroe is a potato sack dress she wore for a photoshoot in 1951. The potato sack accentuated her famous hourglass figure and emphasised just how iconic Monroe really was. It’s not often that someone could pull off wearing a potato sack but of course, Monroe was the woman to do it. This famous outfit, first showcased in ‘Gentlemen Prefer Blondes’ has been recreated several times by celebrities of today such as Madonna, Kylie Jenner and Blake Lively in the hit series ‘Gossip Girl’. If the fuchsia pink silk gown was not extravagant enough, the outfit was complete with opera gloves, alongside large pieces of silver jewellery. Of course, the white cocktail dress is on our list, in which Monroe wore the dress in ‘The Seven Year Itch’. Standing over a subway grate in New York, a gust of wind forces Monroe to hold the bottom of her dress down, creating one of the most iconic scenes in film. This gold floor length gown was worn by Monroe to the movie premiere for ‘The Battle of the River Plate” in London. It was this night in which Marilyn Monroe met Queen Elizabeth II. The gown had a matching cape covering Monroe’s shoulders and again accessorised with opera gloves. Last but definitely not least is the Jean Louis gown, which Marilyn wore to sing ‘Happy Birthday, Mr. President’ to President John F. Kennedy. Earlier this year, Kim Kardashian arrived at the 2022 MET Gala in Monroe’s original dress, causing a mountain of controversy. Kim stated she had to lose 16 pounds in order to fit into the iconic dress, to fit the theme of ‘Gilded Glamor and White Tie’. 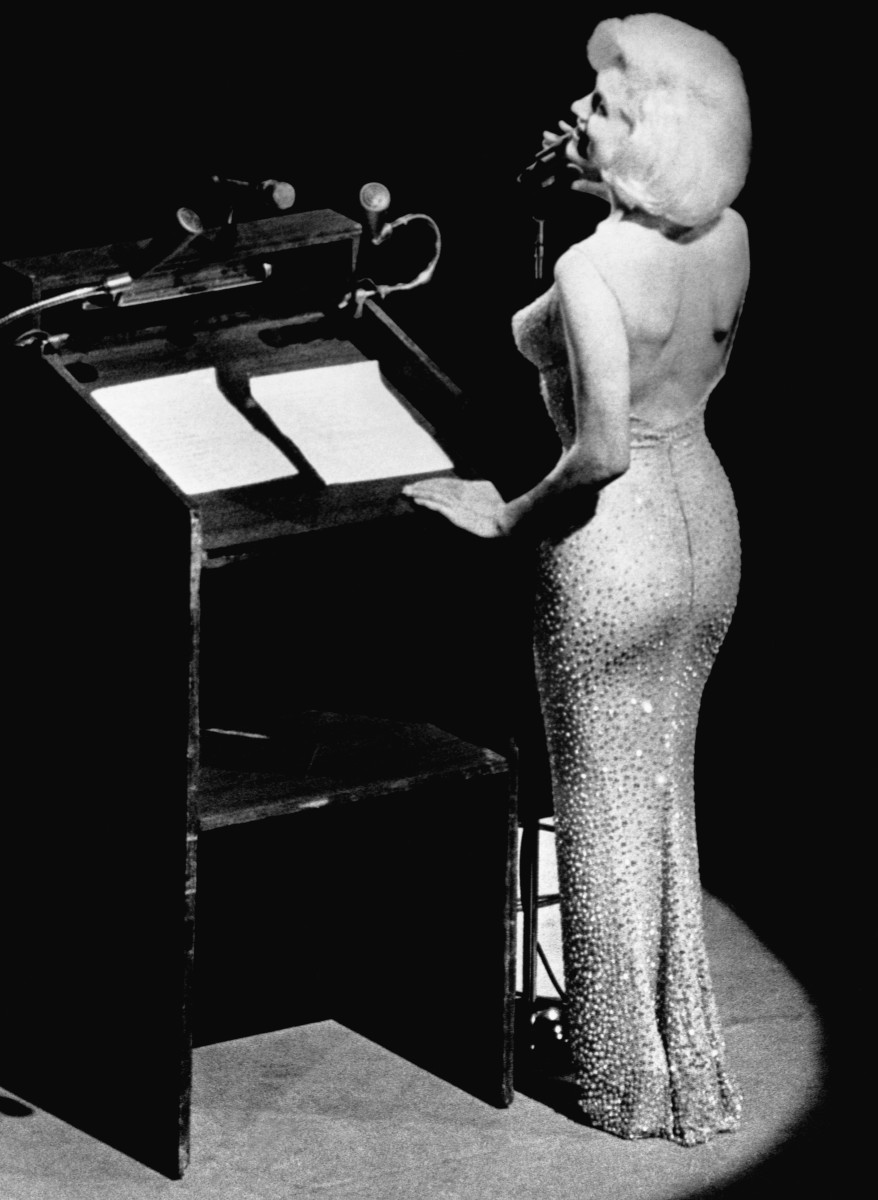 Marilyn Monroe has a legacy which will always be remembered and her timeless outfits will forever leave an iconic stamp on the fashion and film industry.

Which of these iconic Marilyn Monroe looks is your favourite? Let us know by tweeting @fashion_north.