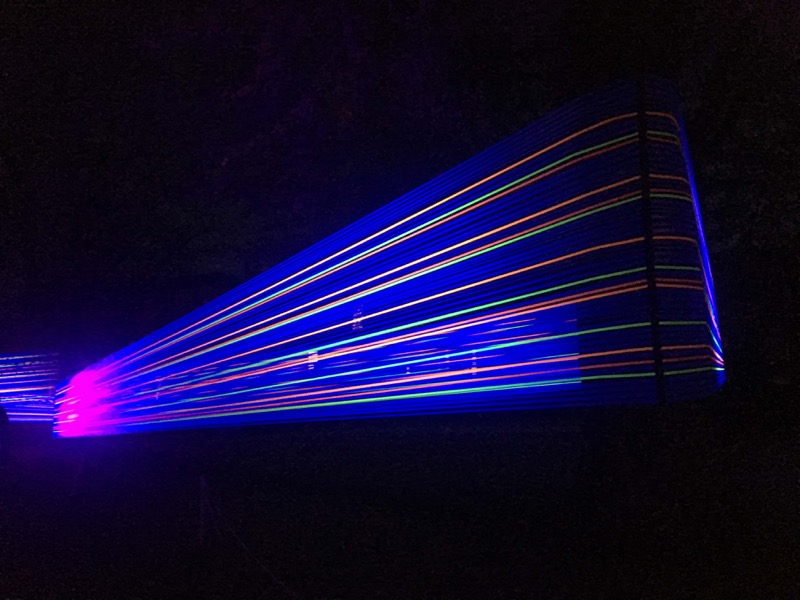 Lumiere Light Festival returned to Durham for the fifth time this weekend, swathing the city in a resplendent display of dazzling lights. The incredible lights transformed Durham from a quintessential university town, to a radiant, modern city.

Organised by Artichoke, a leading arts charity, Lumiere gathers a range of installations spread throughout the city, all designed by different artists. Helen Marriage, CEO of Artichoke, said: “I think this has been my favourite Lumiere festival so far. Part of the joy of programming this festival is thinking about ways to keep it fresh and new each time, and I think we really have achieved that.”

Some of the most popular displays were Entre Les Rangs, which featured thousands of illuminated flowers in Durham Cathedral’s Cloister as a tribute to fields of wheat blowing in the wind. Domes and Arches was a firm favourite too; a stunning structure of arches decorated with thousands of LED lights, which added a festive look to Durham’s marketplace.

The event also included many interactive features, so you could get involved with the festival. Illumaphonium included 100 lightened bars, each of which played a different musical note, while Sagacity was activated by the most popular tweets with the hashtag #LumiereDurham.

As well as making the city look stunning, Lumiere also has a positive effect on the local economy, bringing in around £9 million and has an estimated footfall of around 240,000 people. Many local retailers and restaurants take advantage of the event and stay open late to enjoy the benefits of Lumiere.

“People are exploring the city and looking at these fabulous light installations, but they’re also seeing the businesses that are around and thinking Durham is somewhere that they need to explore,” says Adam Deathe, Business Engagement Manager at Durham BID. “Lumiere benefits businesses throughout the year, and not just during the delivery of the event itself.”

Lumiere can be viewed in London in January 2018, and it will be returning to the North East in 2019.