With her signature platinum blonde hair and trademark red lip, Gwen Stefani, 51, is a real style icon both in and out of her music videos.

Fashion North have picked out some of her best music video looks from the No Doubt days through to her solo career to celebrate her the news of her engagement to Blake Shelton. As the recipient of the Fashion Icon Award at the People’s Choice Awards in 2019, it is undeniable that Gwen’s enduring presence in the fashion world goes beyond simple nineties nostalgia. Upon receiving the award, Gwen said: “I am so grateful to receive this award and continue to be inspired by those who stand apart and embrace their unique style and individuality.” The three-time Grammy Award winner has provided us with over three decades of unapologetically unique fashion, whilst also running her fashion label L.A.M.B., its sister brand Harajuku Lovers, and a range of beauty accessories for Sephora amongst other projects. No Doubt disbanded in 2004 (before getting back together for a tour in 2009), giving Gwen a chance to work on her solo career. This era gave us so many iconic songs and music videos, with no Noughties playlist complete without Hollaback Girl. Once again baggy trousers and cropped white tees are defining moments. Gwen has often used her fashion choices to play with concepts of femininity. Oversized trousers, bright red lipstick and crop tops were her early staples, as she brought old Hollywood glamour together with tomboy aesthetic.

For Rich Girl, Gwen teamed up with rapper, Eve, to shoot a music video on board a fake pirate ship. The video – which took inspiration from a Vivienne Westwood campaign – saw Gwen and Eve dressed as pretty-meets-punk pirates.

With so many iconic music video looks, it is hard to choose a favourite, however the Alice In Wonderland-inspired video for Gwen’s debut solo single What You Waiting For is a truly immersive visual experience. There are numerous fashion highlights in the video, which were all courtesy of John Galliano, the man behind Gwen’s 2002 pink and white ombre wedding dress, since donated to the Victoria and Albert Museum. 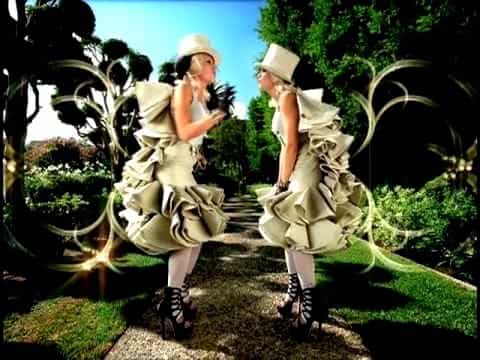 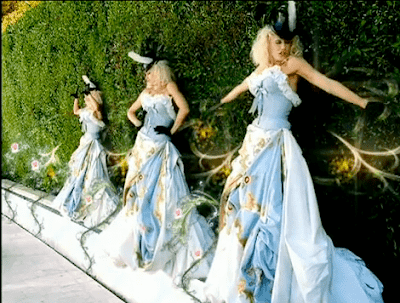 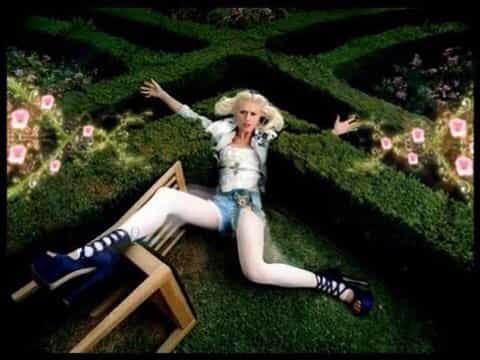