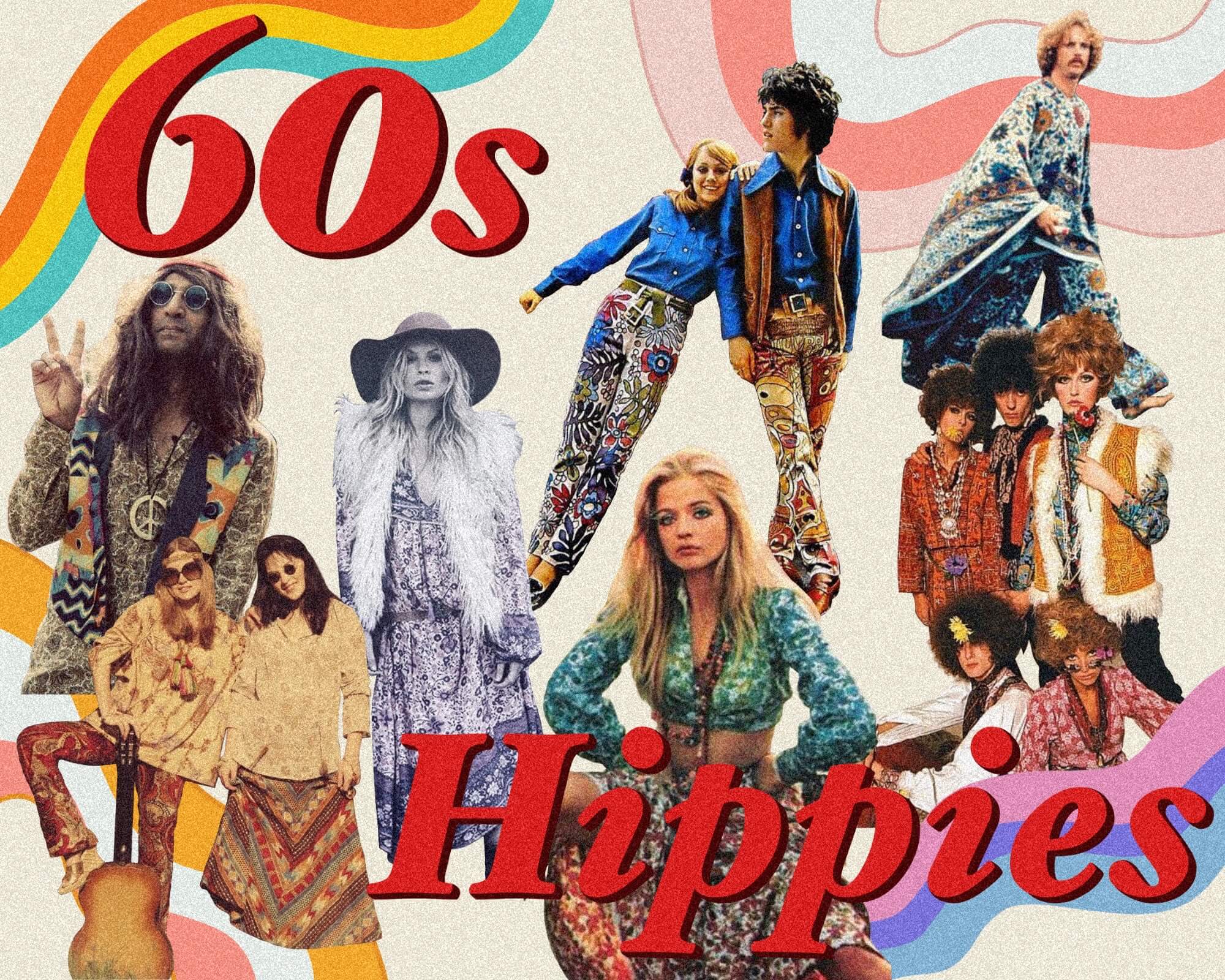 Colours, feathers, prints, tie-dye, sunglasses, bandanas… these are some of the elements that characterise the hippie movement.

Hippie fashion is known as the anti-fashion movement. With a strong ideological charge that transcended fashion, hippies managed to turn their clothes, and way of dressing into one of their characteristic icons, representing their position against fashion, haute couture, and the status quo.

There were no big designers, during the movement, as hippies preferred handmade clothes, which is why techniques such as crochet and tie-dye became so popular. However, they had several celebrities who influenced the fashion and aesthetics of the movement. These included artists such as The Beatles, Yoko Ono, Bob Marley, The Doors, and Carlos Santana. They revolutionised the industry by making ideology fashionable, as well as setting new trends. For example, the Beatles made long hair and colourful clothes fashionable for men.