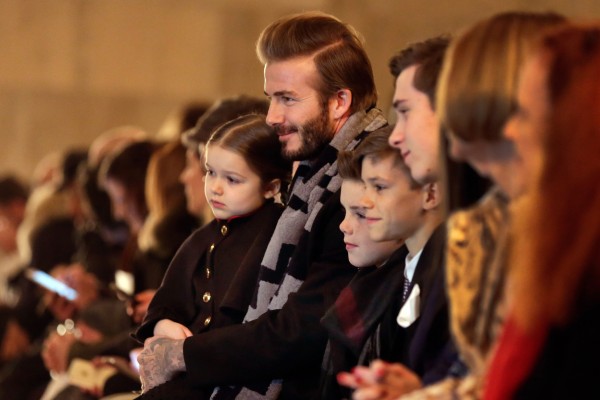 David Beckham and his children wait for the the Victoria Beckham Fall 2016. Picture by: Richard Drew / AP/Press Association Images

The latest trends at New York Fashion Week started to become more colourful with Victoria Beckham’s catwalk show. The entire family attended to the show wearing completely black outfits with scarves. The four-year-old Harper Beckham, the youngest child of Beckham’s, captured all the attention after Victoria’s post on Instagram with her, right before the show.

The Fall Winter Collection relies on different patterns of corset and dresses with a variety of colours. Even so, in most of the outfits, at least one item was black which supports the idea of fall / winter season. Being aware of this fact, the navy coat was one of the most impressive items from the collection. The pattern of the coat was made in such a way to create ambiance between khaki and navy, combined with the V-neck long sleeve T-shirt; which allows us to wear the perfect outfit in a cold winter. 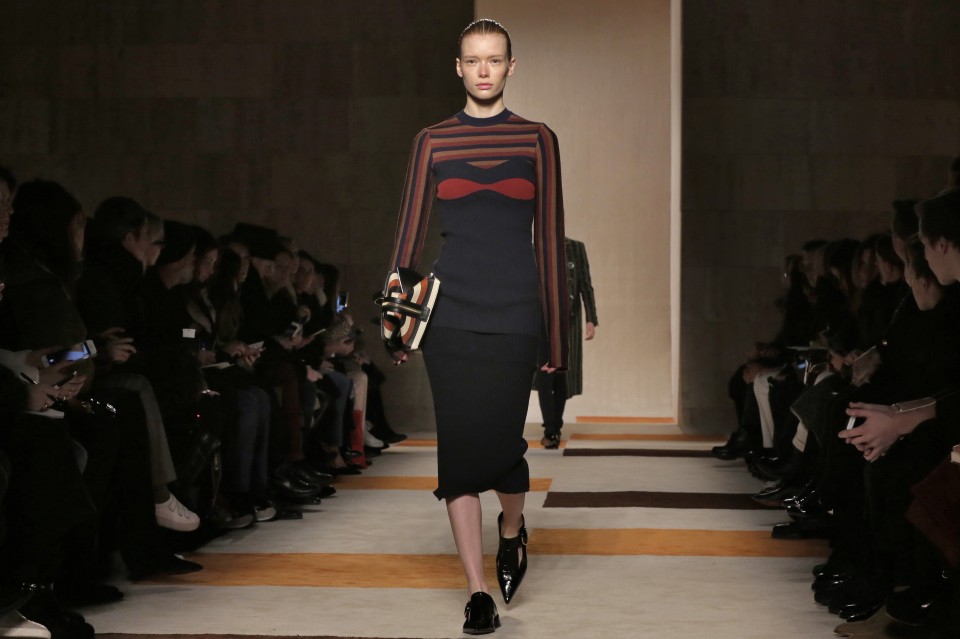 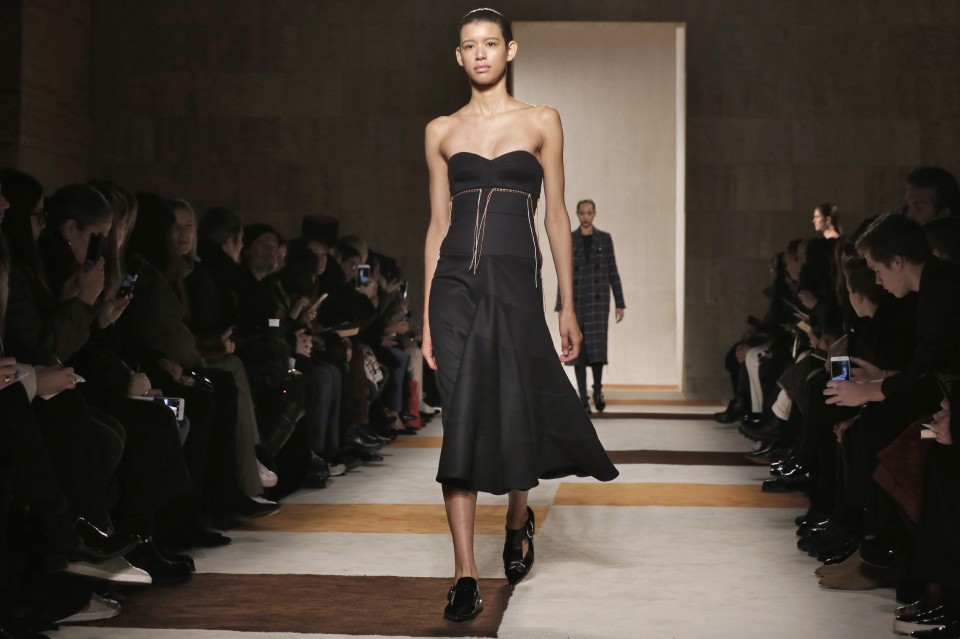 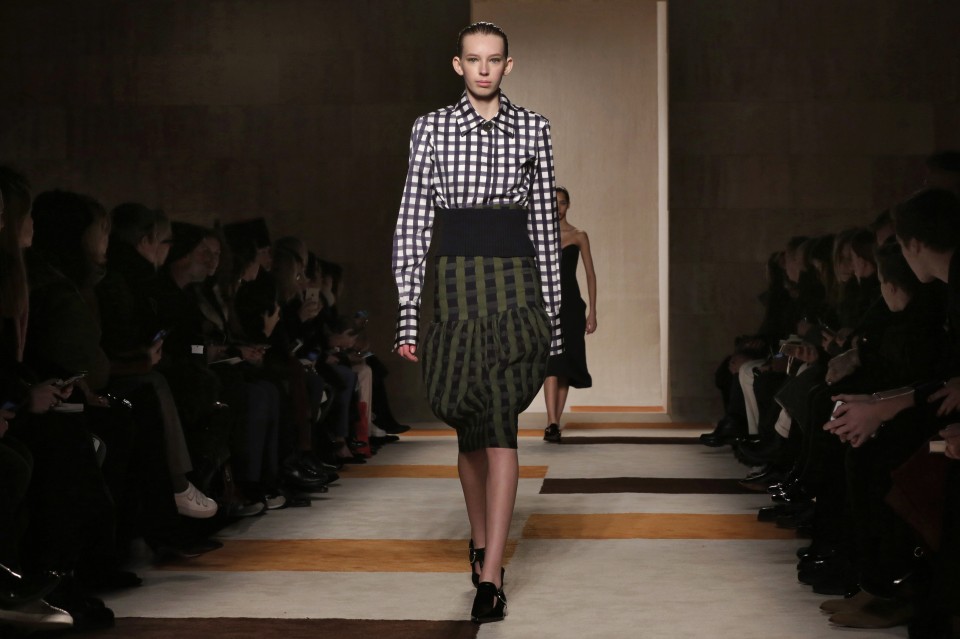 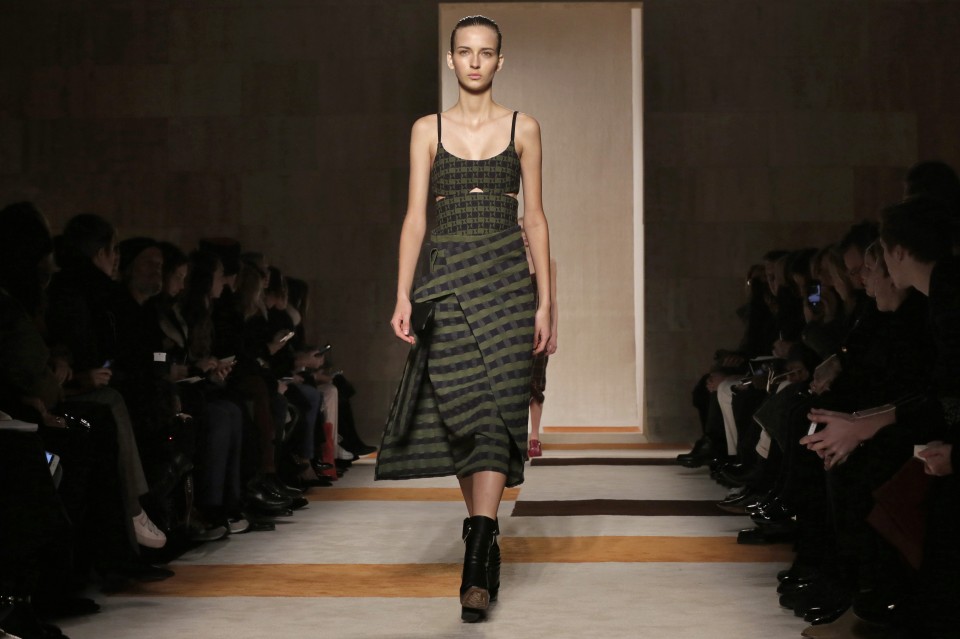 However, the whole collection diversified having a sense of elegance. The corset was the biggest items from Victoria’s collection, being worn in different ways where the pallete mixed with more than two colours in a single outfit.

The modern look of the fitted corset shows us the ingenuity of VB to add such details. Along with the corset, the ingenuity of Victoria goes into another level; mixing a striped skirt with a top creating the illusion of layers worthy for our century.

The footwear was predominated by monk strap brogues that in combination with coats and dresses reveals us a modern womenswear style. Despite the fact that the theme of the collection was different from her outfit, Victoria Beckham is wearing a pair of white trainers with tailored trousers and a white roll neck that fits entirely with the trainers.

After the last show, Victoria Beckham’s brand has grown considerably. Using her knowledge and her clothing taste to create new trends, Victoria is a successful entrepreneur and a fashion designer with a clothing line worthing more than £200m.