What image does Prime Minister Theresa May convey with her outfits, and should it even matter in the world of politics?

Whether it be the length of her skirt, the shape of her neckline or the height of her heel, Theresa May’s outfits are often the topic of much discussion. Her sartorial choices are a regular front page feature, and not always for the right reasons. Despite this, there are many blogs, Twitter and Instagram pages dedicated to recreating our PM’s signature look. So, is she a fashion icon, or a fashion victim? And does it really matter?

As the leader of the country, it is essential to look professional. Theresa May has the responsibility of representing both her party and her country, and needs to present both well. Dara Stringham is a bespoke women’s tailor in Middlesex who helps women develop their professional image so that they are perceived as confident, trustworthy, successful and powerful. She says: “We all make sub conscious assumptions about someone’s character and values based on the way they present themselves. Studies have shown that it takes between 3-7 seconds for us to make up our minds on whether to trust someone. Appearance is non-verbal communication and makes statements about our character, financial status, career, success as well as our values.”

It is vital to look smart, however does a politician need to look particularly fashionable? Theresa May is often criticised for wearing controversial things including her ‘Humpty Dumpty’ tweed jacket, or skirts above the knee. Dara told us: “It is essential in my view for female leaders in any field to develop a strong personal signature style that suits and flatters them and is consistent. This is where Theresa May fails in my opinion. It is not because she is interested in fashion per se, or because she likes taking risks with her outfits. I think she fails because her style choices veer to far from one extreme look to another. Her outfits then become the conversation rather than her policies. At best this comes across as being willing to take risks and not caring about other’s opinions at worst it comes across as indecisive and frivolous.” 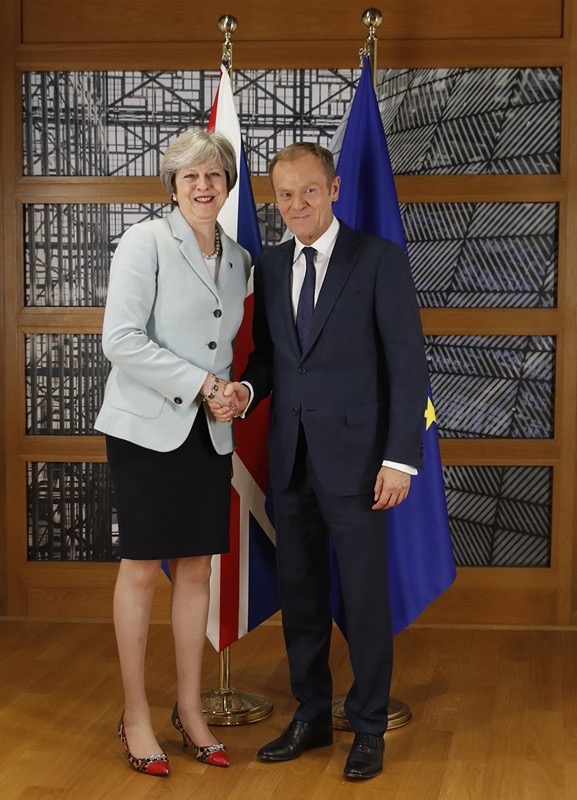 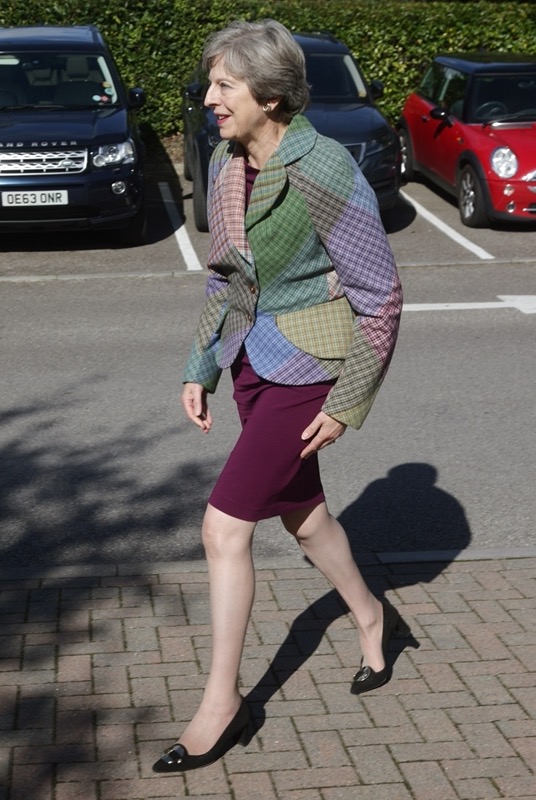 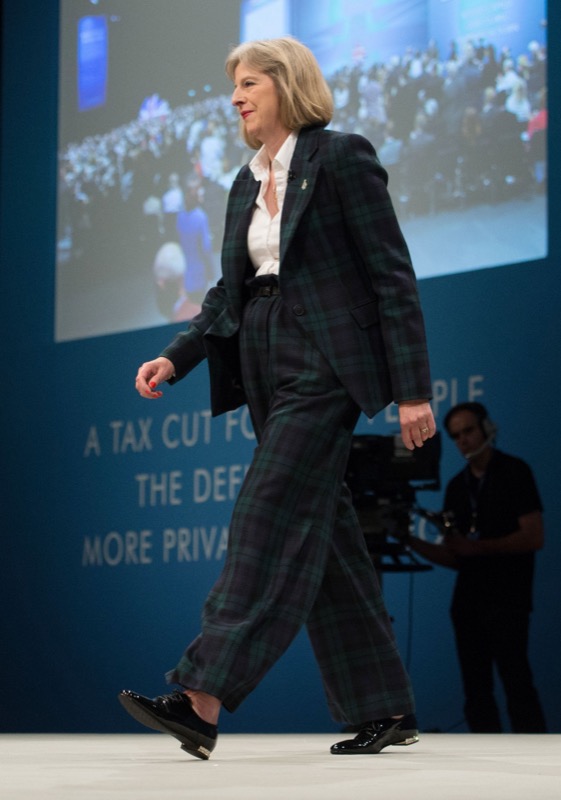 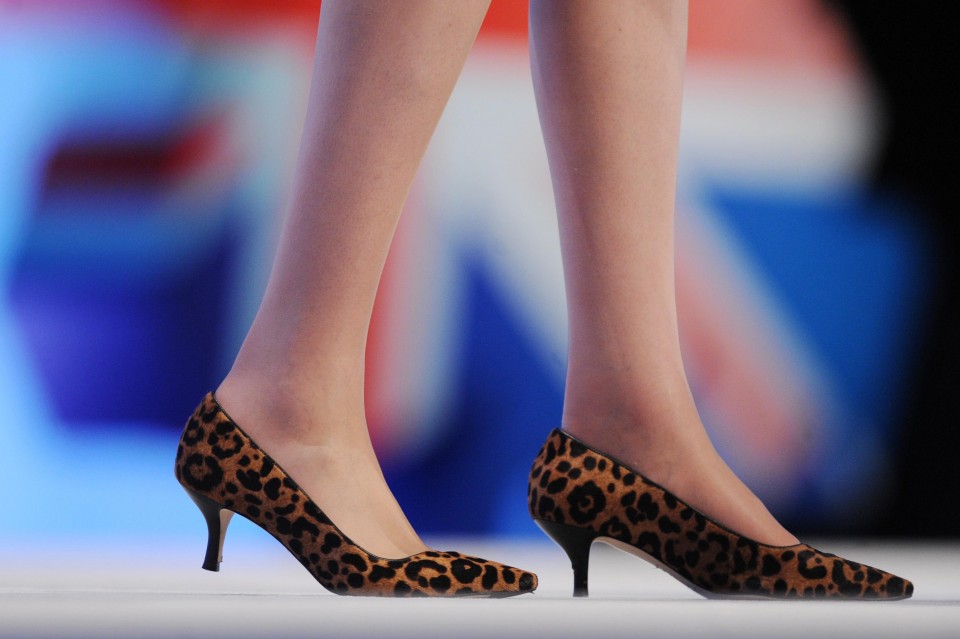 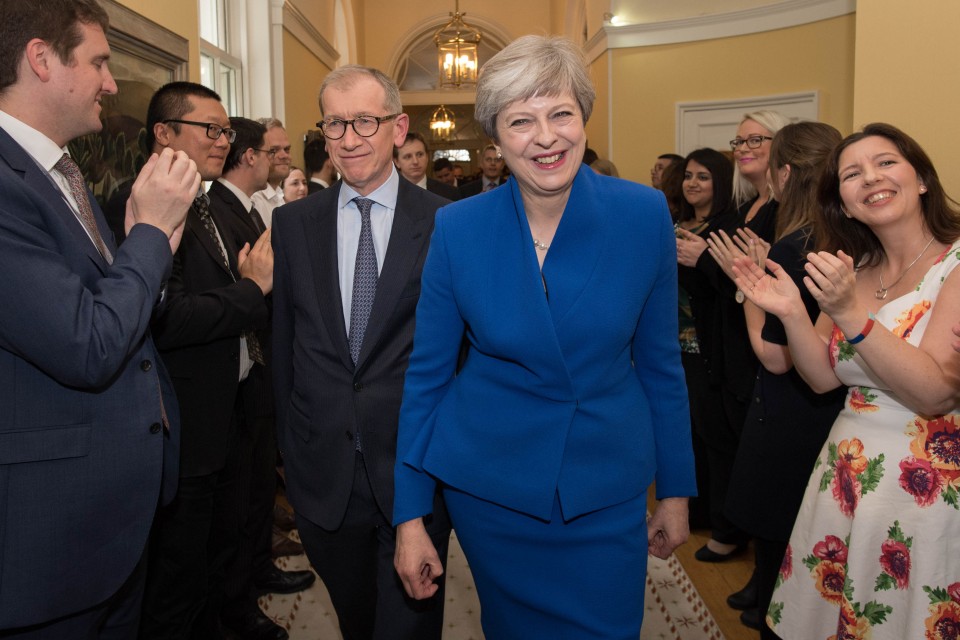 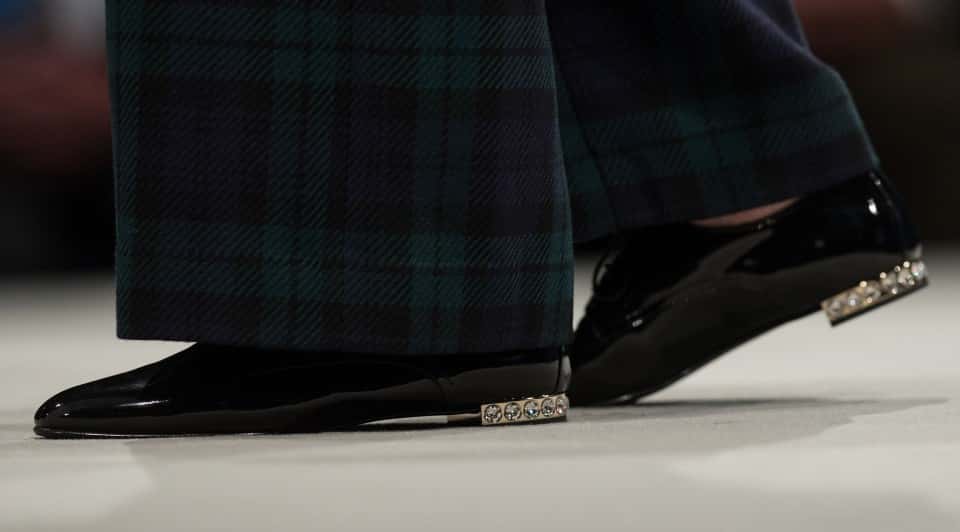 To be sartorially successful, May should avoid anything that her female Prime Minister predecessor Margaret Thatcher would wear. Her overly eighties, over structured suits are just too much and very dated in this age. Michelle Obama has a sleek, simplistic style and often wears clothes to flatter her best assets, such as her toned arms. Michelle is also known for championing American designers; Theresa May often successful showcases British designers such as her tartan Vivienne Westwood trouser suit, or her favoured coats by London designer Daniel Blake.

It is essential to note that newspapers generally don’t dedicate column inches to discuss what male politicians are wearing. Often, men can’t go wrong in a smart, well-cut suit and brogues. Yet, when they make a slight fashion faux pas they are admittedly criticized; Donald Trump’s overly long ties and Jeremy Corbyn’s ill-fitting suits come to mind.
Helen Goodman, Labour MP for Bishop Auckland would argue that there certainly is an element of sexism in the scrutiny of Theresa May’s outfits. She says: “The truth is that women are judged on what they look like more than men. I think there’s something slightly more worrying, which is that attention to dress can be a way of diminishing what women are saying or doing.”
You can’t discuss Theresa May’s style without discussing her shoes; she once proclaimed footwear as the “greatest love” of her life. Not a boring black court shoe in sight, she often tries out unusual silhouettes and patterns which add a touch of personality. Her effect was so strong, Debenhams claimed sales of leopard print shoes soared by 60 per cent when she was Home Secretary.
“It’s important for female or male politicians to wear smart, well-made footwear that they feel comfortable in. Poorly-made shoes are often ill-fitting, and don’t look or feel as good as their well-crafted counterparts,” says footwear expert Susannah Davda, Director at The Shoe Consultant. “Theresa May chooses her footwear wisely. She selects shoes with prints and colours which stand out, but always plays safe with the heel height.”
It could be argued that the media’s focus on Theresa May’s shoes purports a sexist, ‘Carrie Bradshaw’ stereotype.

She is a politician, and the press don’t put this amount of analysis on the footwear choices of male politicians. However, a pair of typical polished black brogues certainly aren’t as exciting as a pair of thigh high patent boots worn to meet the Queen, or a diamond-studded pair of loafers for casual wear.
There is certainly a time and a place for when to examine Theresa May’s outfits. Helen Goodman says: “I think there are some occasions where it is important what you look and other occasions where maybe not so much. For example, on Remembrance Sunday I am always careful I’ve polished my shoes, and am wearing dark clothes. Whereas if I’m doing a surgery in a draughty village hall, I think it is okay to turn up in jeans and a jumper, because I need to be comfortable and warm enough!”

Yes, it is okay to pass comment on Theresa May’s outfits, as she is in such a public role. Nevertheless, it is important to make sure you’re watching what our Prime Minister says and does, rather than wondering where she bought those fabulous shoes.