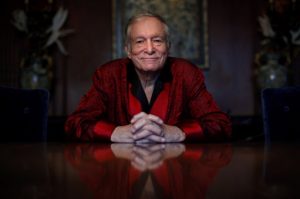 September 27 2017 marked the death of Playboy magazine founder Hugh Hefner. Throughout his years of forming the Playboy Empire, Hefner’s actions left mixed views with the public, some branding him a legend and others not so much.

However, the news about his death has sparked a different debate with the Fashion North team. The Playboy bunny logo was a huge thing in the 90s for a girl, whether it was in your bedroom or on your bags and accessories. But thinking of it now, was it really appropriate? 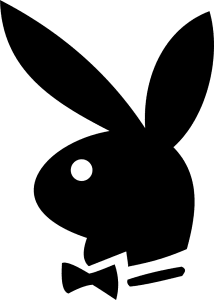 Playboy is associated with naked women and sex, so having the logo plastered all over your childhood bedroom or on your clothes may have seemed wrong to some people but to others it was just a bright pink coloured bunny, similar to characters like Groovy Chick and Betty Boop, although she isn’t so innocent herself.

Alysha Stirling, 20, said: “I got into the Playboy bunny because all of my friends had it. I think it was just the fascination of it being a bright pink bunny is why girls liked it, as at a young age it’s most girls’ favourite colour. Once I sort of realised what the logo was associated with I wasn’t really interested anymore. When I was clearing things out the other day I actually found a Playboy keyring in one of my bags.”

Lauren-Marie Flint-Johnson also agreed that she was only attracted to the bunny logo because of the colour and her friends having it. She said: “I even remember looking in the Argos catalogue at a young age and there was a full page dedicated to Playboy bunny.”

Kelsey Mccolgan, 20 said: “You’re either one or the other a Playboy girl or a Groovy Chick girl and I was definitely a Groovy Chick fan. My parents knew what the Playboy bunny stood for so they didn’t really want me having it.“

As we grew into our teens we were then introduced to the film House Bunny where Shelley, played by Anna Faris, gets kicked out of the Playboy mansion and is forced to find a new/real life not as a bunny. The film portrays the mansion to be the most amazing place to live, but is that really what teen girls should be aspiring to be like, a Playboy bunny?

There is one thing that we will always be grateful from Hugh Hefner, and no it’s not the scene in Bridget Jones where she dresses up as the Playboy bunny but it is the famous quote of his, that life is too short to be living someone else’s dream. RIP.