Inspired by the work and process of British artist Henry Moore: stripes, ruffles and asymmetrical shapes were the highlight of Burberry’s Spring/Summer 2017 see-now-buy-now collection.

Like last season, Burberry fused menswear and womenswear with unisex designs. The unisex brushed-back jersey sweatshirt with rope detail, evoked by Henry Moore’s use of threading string in his art, is an absolute must-have.

Models wore mid-calf knitted boots with a sculpted heel and leather brogues with an asymmetric closure as they walked down the catwalk set in Makers House. 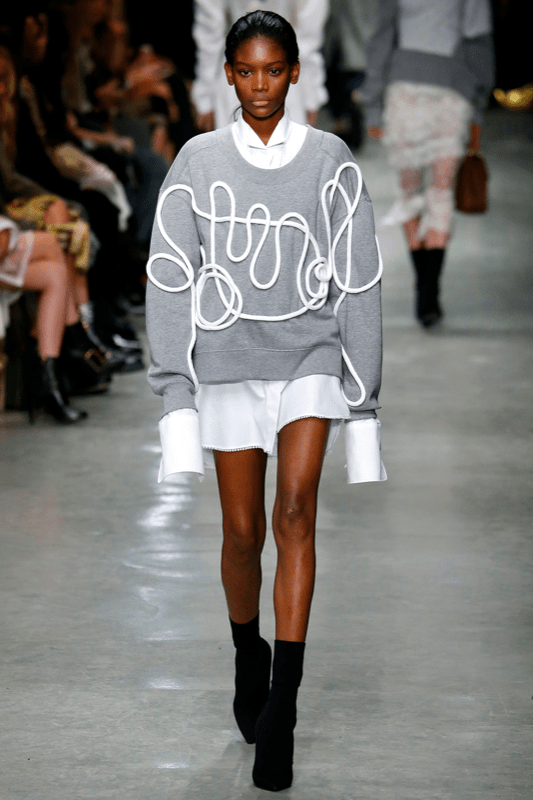 Two times Mercury Prize and Brit Award nominee Anna Calvi performed live at the show with the Heritage Orchestra. The songs from the show are available on Apple Music.

Lace tulle dresses were worn over striped shirts and Henry Moore’s sculptures were printed on shirts. 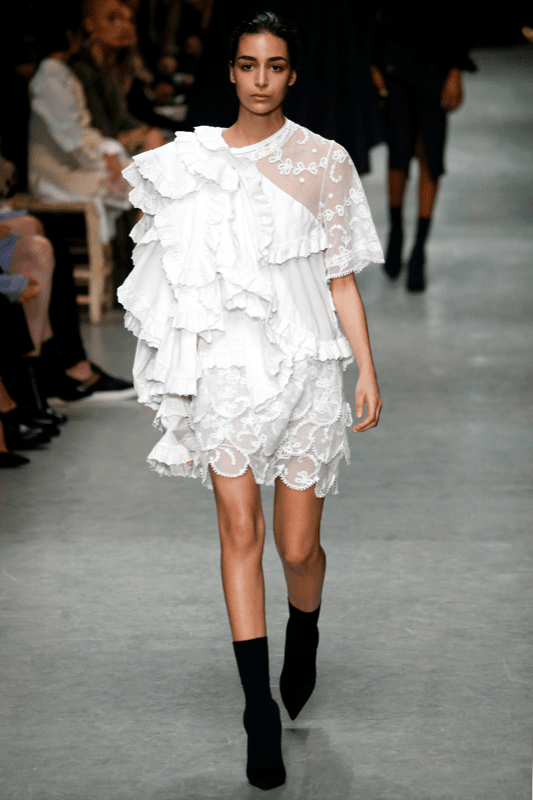 Prior to the show, Elfie Reigate recorded a Snapchat story for Burberry through her eyes, literally. The camera was in a pair of sunglasses.

Burberry makes a case for the new ‘it’ bag as Christopher Bailey sends models down the runway carrying the dk88 barrel bag which is available in dark forest green, dark chocolate, tan and in two sizes, mini and small.

And of course, it wouldn’t be Burberry without the patented trench coat – the tropical gabardine cloth was tumbled to add suspense and volume.

For more on the collection, join GQ on Tuesday 21 February at 2.15pm as Editor Dylan Jones hosts a Facebook Live with Burberry’s Chief Creative and Chief Executive Officer, Christopher Bailey.