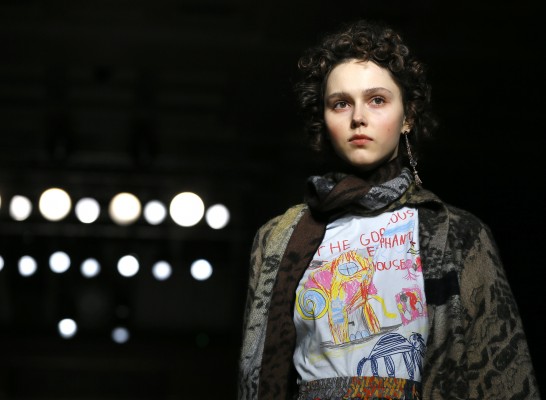 ‘Welcome to the soap opera at Downing Street.’

If there’s a designer out there who’s not afraid to shy away from all things controversial, it is the mighty Dame Vivienne Westwood, who, with a career spanning over 30 years, does not show signs of stopping any time soon and did not disappoint at London Fashion Week.

Always one to voice her views on climate change and the government, Vivienne held the show at the Royal College of Surgeons, which could well be a show of support for the country’s junior doctors.

With an ode to all things delightfully British, the collection had it all; tweed blazers, beautiful neon pinks and oranges and enough tartan to dress Scotland twice! The models all had curls in their hair that would make you nostalgic for the 1940s, and bronze picture frame-esque shoe buckles to match.

Described by Vivienne herself before the show as “Intellectuals Unite”, her models came complete with matching badges coining the phrase and a Victorian feel all round; from the music to the hair styles, it was all very reminiscent of a simpler, but beautiful era in English history. 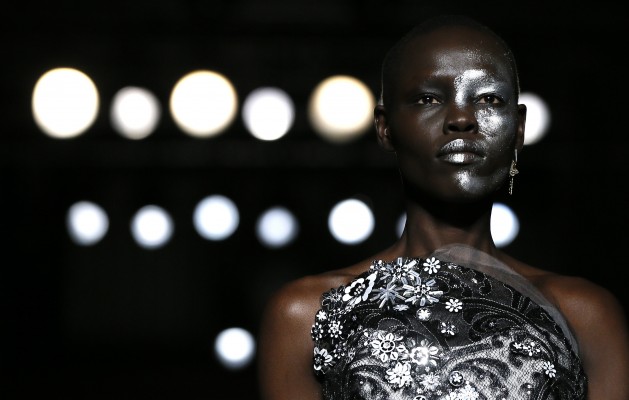 The outfits ranged from brown and grey tweed suits topped off with bright rose shirts underneath to really give it the Westwood seal of approval, to patchwork quilted coats to long, evening dresses in a ruffled emerald finish.

Without a doubt, however, the outfit that stole the show was the beautiful, strapless silver gown which was embellished in a coal vintage design on the top, which stretched down into spikes onto the lighter grey netting on the bottom. It had a hint of elegance with the trademark Westwood spark that makes people look twice.

The red and blue tartan woollen coat was another stand out item from the show, with its notched collar and shoes in identical colours to match. The many tartan items replicate Westwood’s attachment to the punk era and show she hasn’t swayed too far from what she’s best at.

There were celebrities such as Charlie XCX and Lady Isabella Harvey in the front row, who will no doubt be buying many items from this collection, judging by the excitement and energy coming from the crowd today.