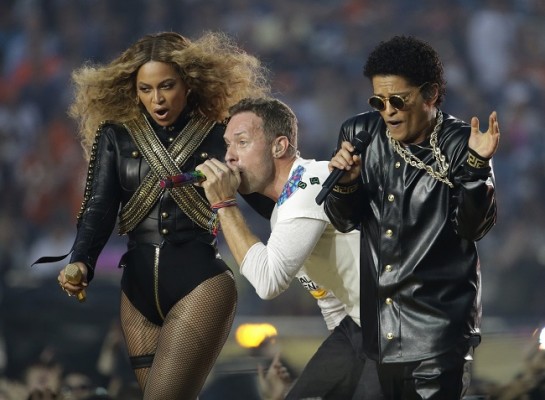 Once again the Super Bowl has been and gone, leaving everyone in awe at the half-time performance.

The 34-year-old stole the show by performing her new single ‘Formation’, having a dance-off with ‘Uptown Funk’ singer Bruno Mars (where she won, if we’re honest).

Paying homage to the late Michael Jackson, with an outfit designed by DSquared2, that was coincidentally similar to the King of Pop’s 1993 Super Bowl look.

We advise you to buy two belts to create the cross-over straps and a third to cut up for the arm embellishments.