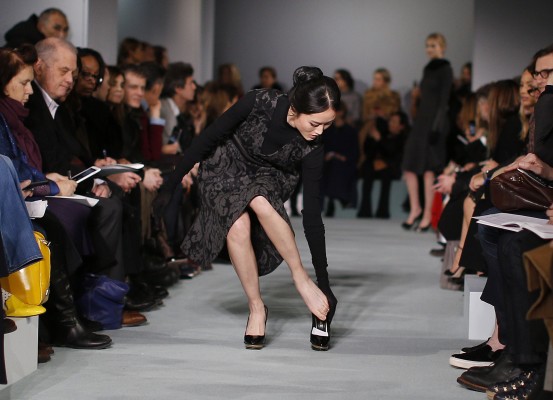 A model replaces her shoe after it slipped off while walking the runway for the Oscar de la Renta Fall 2016 collection show during Fashion Week, Tuesday, Feb. 16, 2016 in New York. (AP Photo/Julie Jacobson)

Eighteenth Century fabrics were inserted into Oscars iconic cocktail and evening gowns, paired with stilettos with mirrored soles – of which one model seemed to lose after a mishap – as well as embellished gloves. The overall theme is ”the eternal allure of ladylike elegance” with a twist.

The Prince George Ballroom was the perfect setting for garments that are fit for a princess. From floor length to knee length, with metallic brocade patterns, marsala and powder blue colouring; it is Copping’s use of colour that succeeds. The pieces are executed with elegance but of which are wearable for an everyday woman. 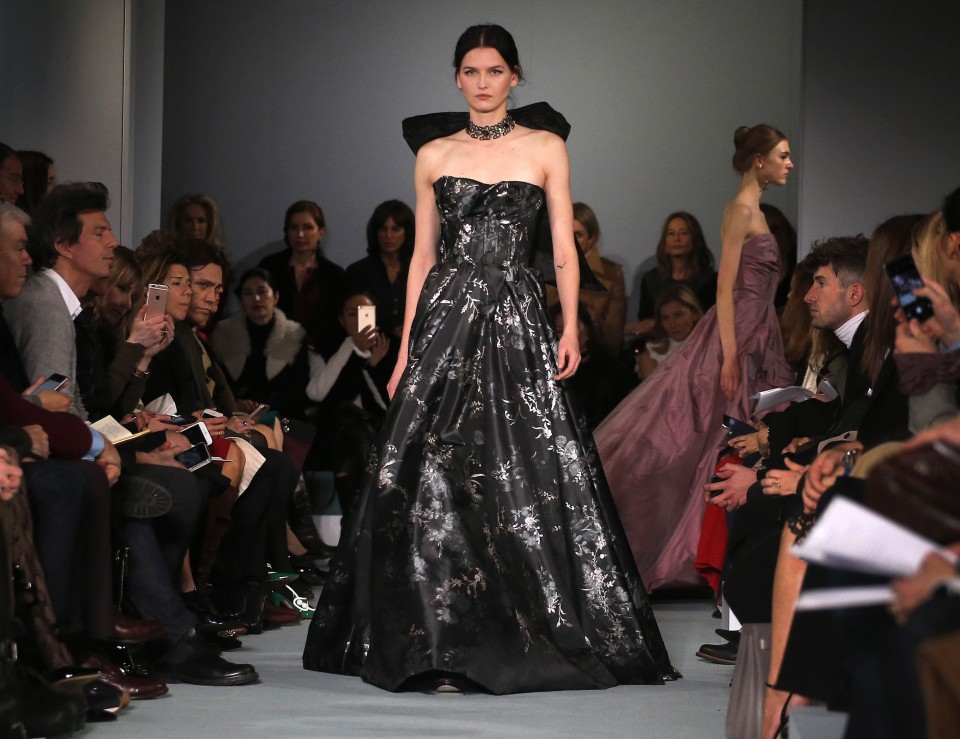 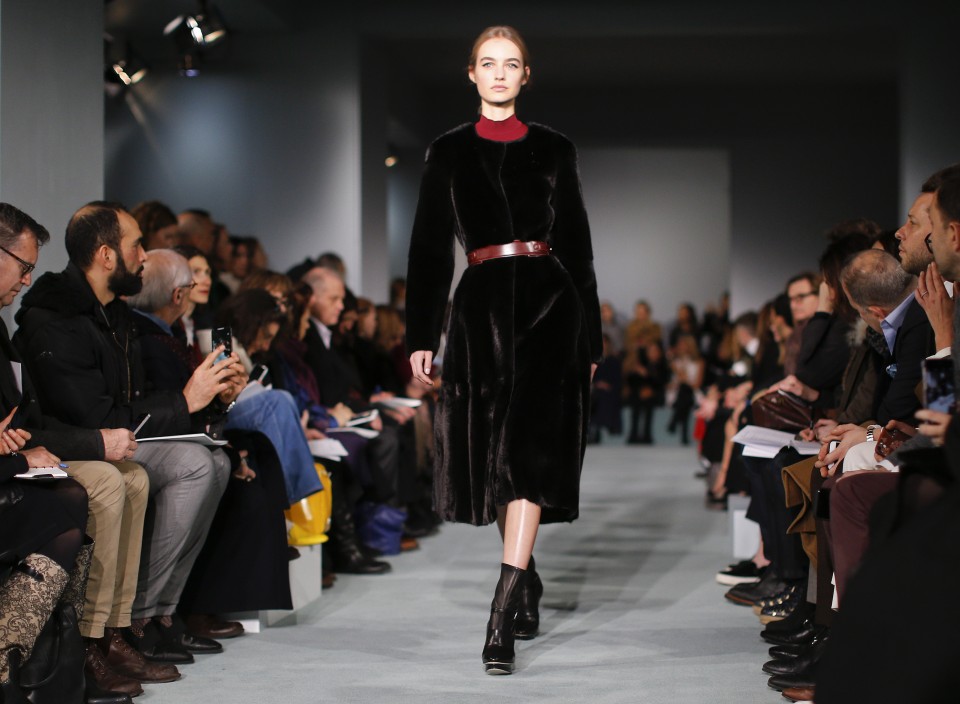 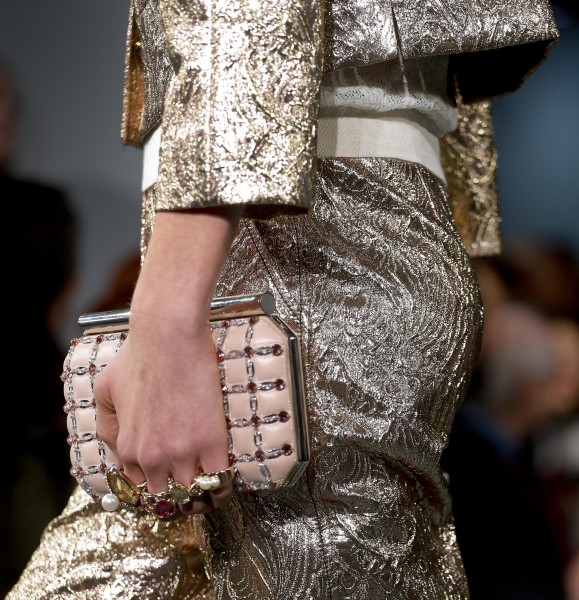 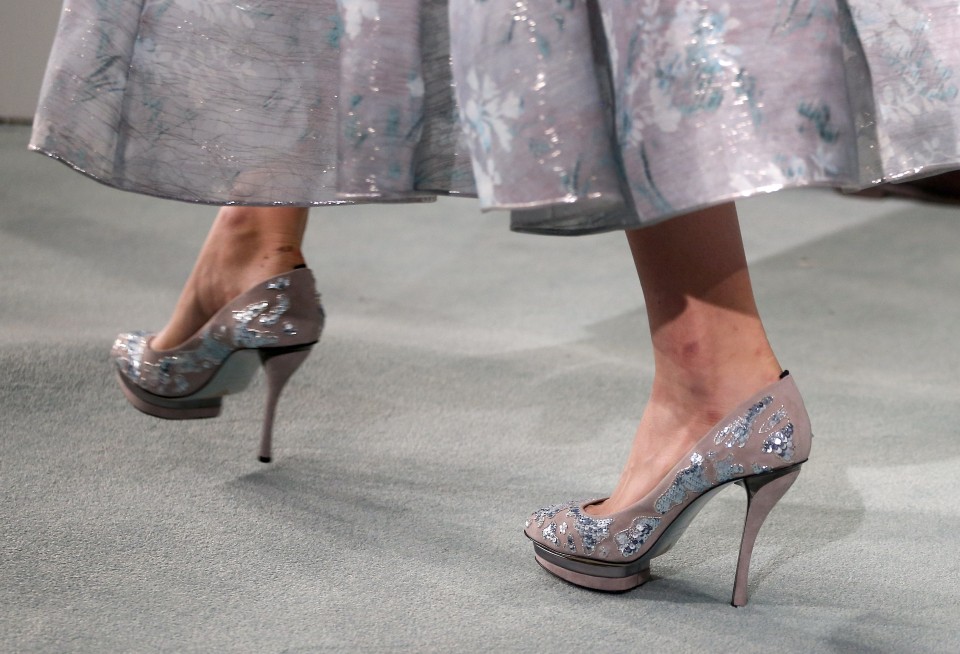 Similar styles from last year featured again, but with Copping’s own flare, he added leather and lace overlay to appeal to the younger generation. An original De la Renta girl would never be seen in anything as such, but Copping’s taking the house new places. The silhouettes had an Oscar feel with cinched in waists and bell skirts but the fabric was just something else.

Actress Olivia Munn – who was front row for the show – is often seen in classy but edgy vibes that the rich, elaborate fabrics illustrate. DJ Carl Kennedy was another familiar face but the question on our lips was; where was SJP?

Models stunned the catwalk with their hair in chignons to add to the timeless elegance. Makeup was minimal with eyeliner and jewellery. The chocker style necklaces simply caught your eye in every direction but mainly the fastening of gigantic bows wowed everyone.

The metallic trouser suit stood out to me for its use of winter layering. The overlay just made the piece come together. Three quarter sleeves are also an on going trend throughout the show.

Overall, the colours contrasted through the show. I personally wasn’t a fan of the raspberry sorbet gown and some florals were slightly too much. I believe the pieces I like are the ones in which Copping has created for the younger generation. If he continues with this style (fur, metallic, leather, lace) then I could see myself becoming a De La Renta girl.